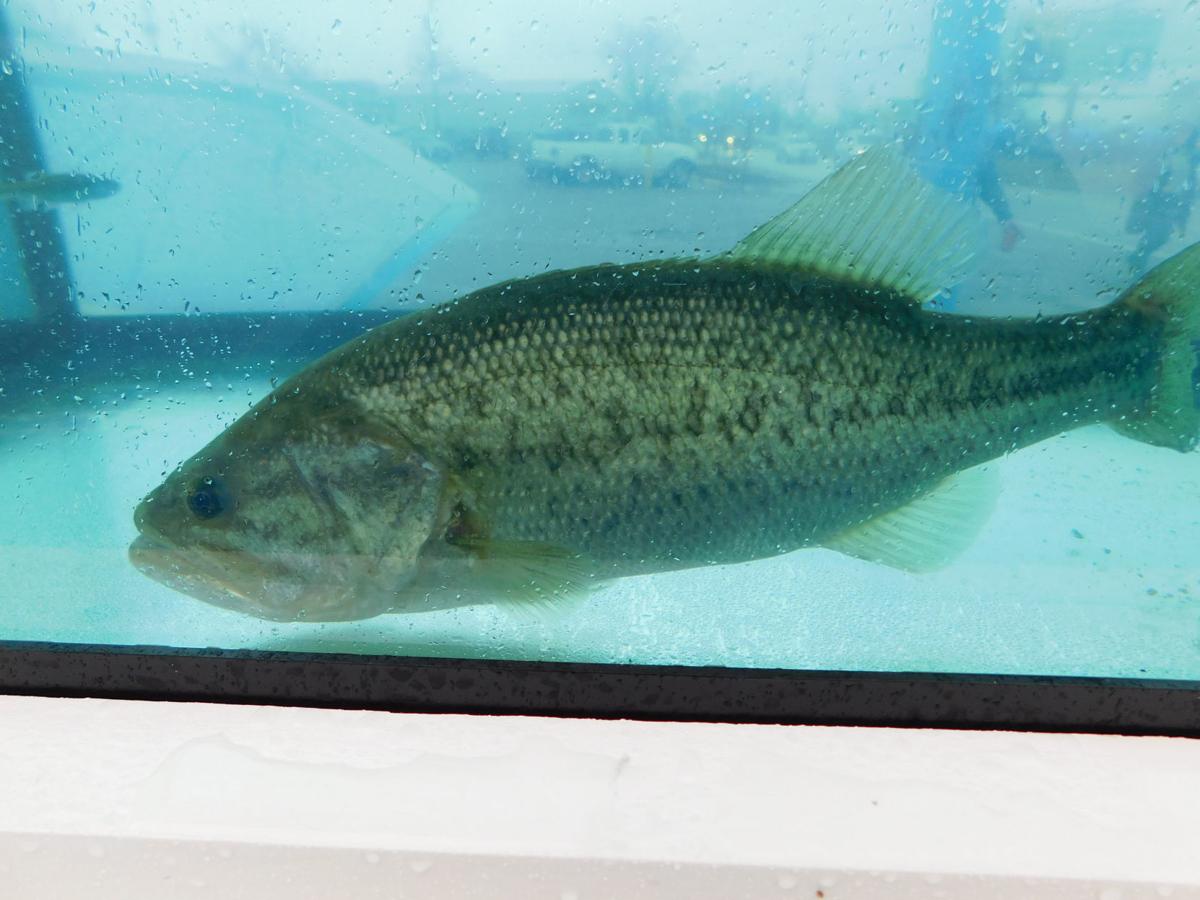 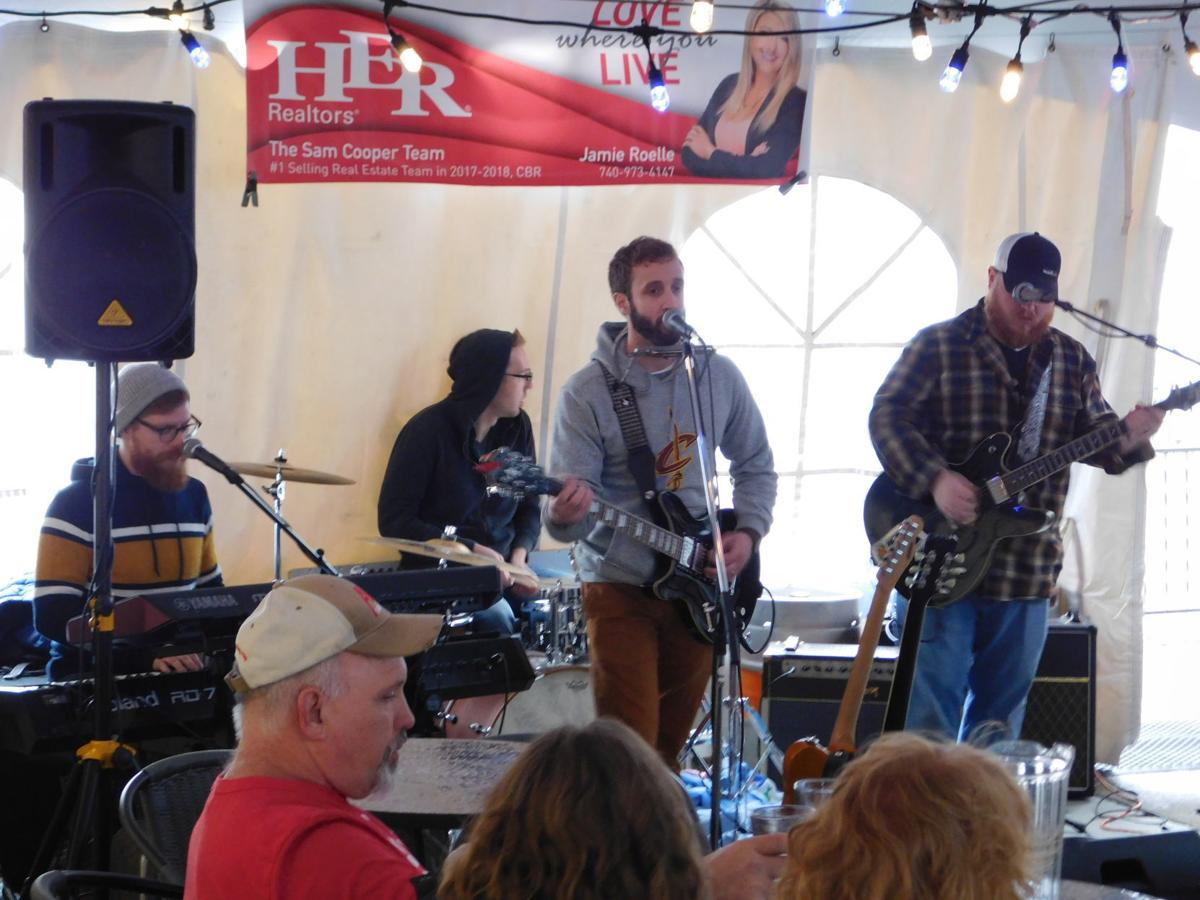 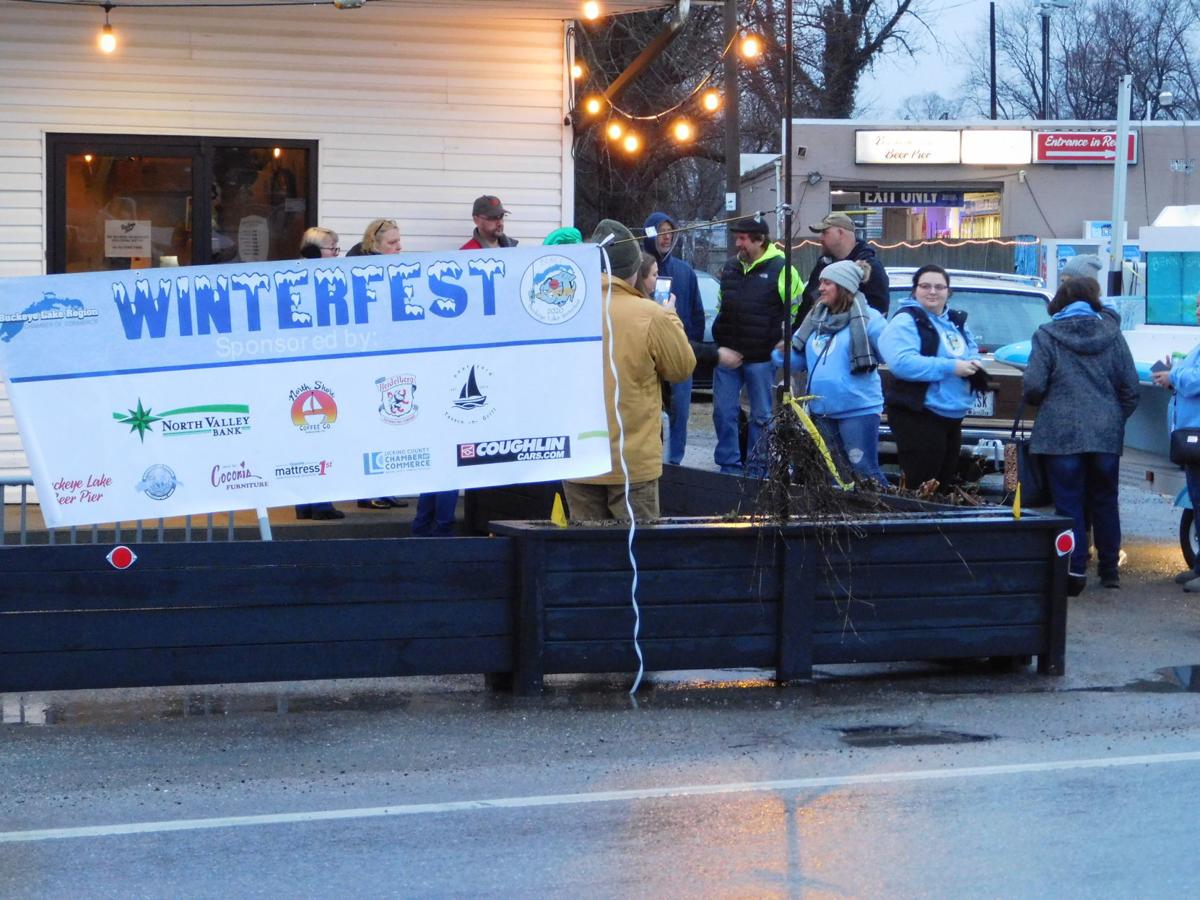 BUCKEYE LAKE — “This is the largest crowd we’ve ever had. It just gets bigger every year!” That was Tim Ryan’s excited response when asked about the kickoff event for the sixth annual Winterfest at Buckeye Lake.

Ryan, president of the Buckeye Lake Region Chamber of Commerce, was describing the turnout for the pre-dawn fireworks at the state Route 79 boat ramp in the Village of Buckeye Lake. Ryan pulled emcee duty for Winterfest’s opening act.

Even without the thick cloud cover, incessant drizzle, and brilliant fireworks display, the brightest star of the festive morning was Benny the Bass who was there to upstage a groundhog who supposedly lives somewhere in Pennsylvania. Chants of “We Want Benny!” quickly transitioned to “Take that bait!” once the celebrity of the day arrived in his customized boat outfitted with a well-lit living room/aquarium on the deck.

The “Take the Bait” chant referred to the two dozen minnows that were dumped into Benny’s tank. Cameras from cellphones, Nikons, and even from Channel 4 in Columbus surged forward to record Benny devouring his breakfast thus signifying an early spring. Alas, Benny played hard bass and refused the tiny silver morsels swimming nervously around their host.

Despite desperate pleas from the crowd, Benny’s hunger strike left Tim Ryan no choice but to declare six more weeks of winter. Take that bait soon switched to “Get the grill” but the insurgency quickly fizzled. Whether it was Springsteen blaring through the speakers or the outstanding fireworks overhead, the crowd of more than 200 spectators refused to let an Ohio bad weather prediction overcome their party spirit.

Tim Ryan signaled the conclusion of the morning’s program when he told the crowd of onlookers to “Go party!” No order has ever been uttered more useless than telling the folks at Buckeye Lake to go party. Living at Buckeye Lake rises above an existence, it is an attitude. After slogging for years through the mud and the muck of the dam restoration project, overcoming a cold, rainy January day to enjoy the party atmosphere of the day was a heartily welcomed challenge.

Mike Fornataro, Executive Director of the Buckeye Lake Region Corporation (BLRC), served as the day’s chauffeur for Benny the bass as he reported record crowds for the 2020 Winterfest.

“I hit at least 30 stops with Benny and every place was packed,”decribed Fornataro.

He said most business owners reported that Winterfest is their top revenue weekend of the year, even surpassing every summertime event.

“Some of the businesses say they double their profits over every other big weekend festival regardless of the season,” added Fornataro.

He further explained the thinking behind the plans that became Winterfest.

“You know the groundhog has Feb. 2 locked up, but it falls on a weekday most of the time, and we wanted to secure a weekend,” explained Fornataro.

The planners selected the last weekend in January because it is traditionally void of any holiday, bowl games, or pro football playoffs. He was also quick to credit the success of Winterfest to Tim Ryan’s group.

“This is the Buckeye Lake Region Chamber of Commerce’s show and they have really run with it,” stated Fornataro.

That included the Winterfest highlight of day two that took place at the Buckeye Lake Winery. The Polar Plunge through the broken ice covering the lake calls for a special kind of spontaneous courage that becomes instant regret from the plungers. Terry Higginbotham, owner of Buckeye Lake Winery, reported the numbers “were up significantly” from last year’s Winterfest Polar Plunge, according to Mike Fornataro.

Buckeye Lake has been one of Central Ohio’s top recreation areas for many years, and Winterfest has only increased that reputation. Convincing people that there’s a reason to celebrate January in Ohio is no small task, but it’s obviously easier than getting a bass named Benny to eat a minny.