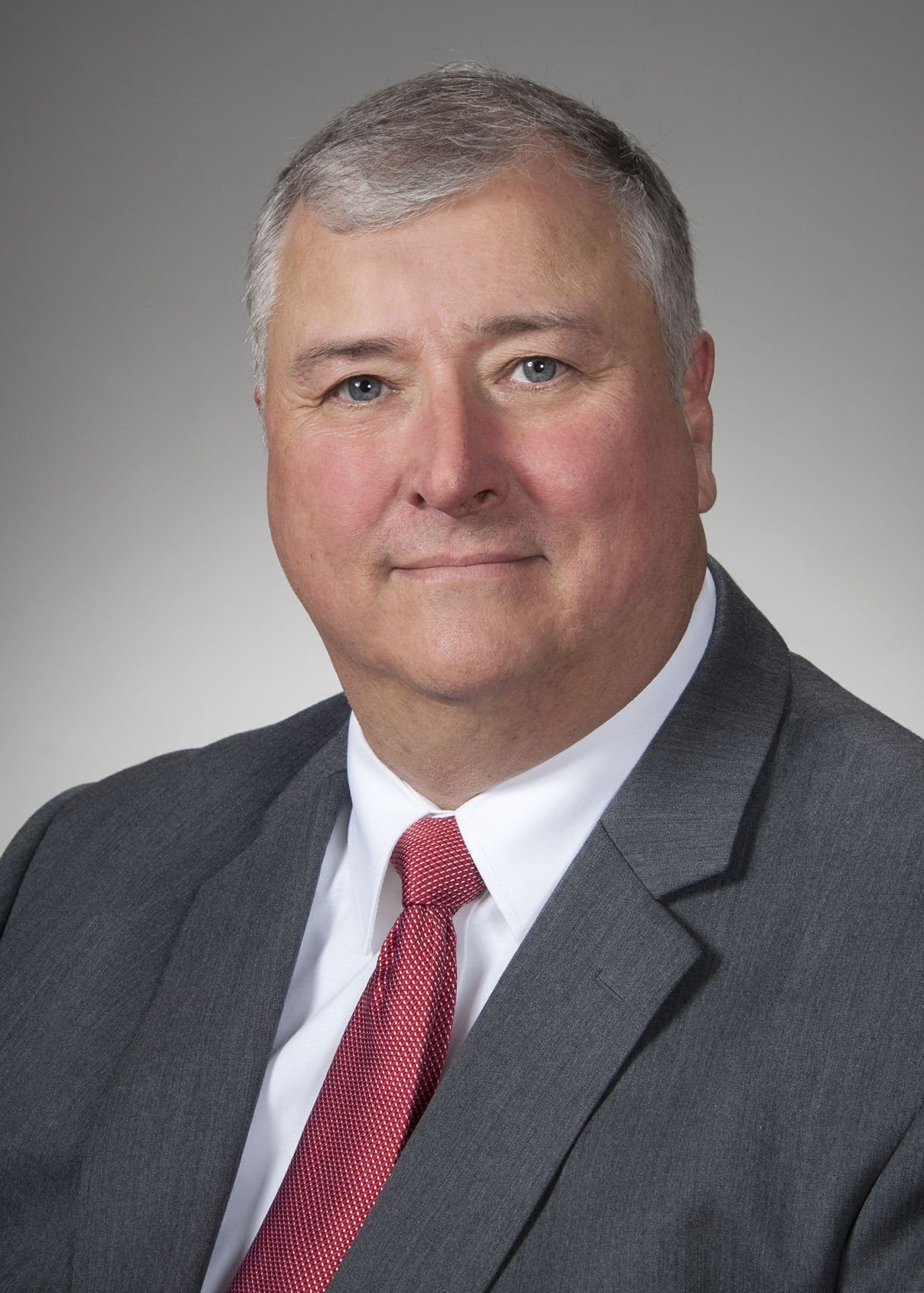 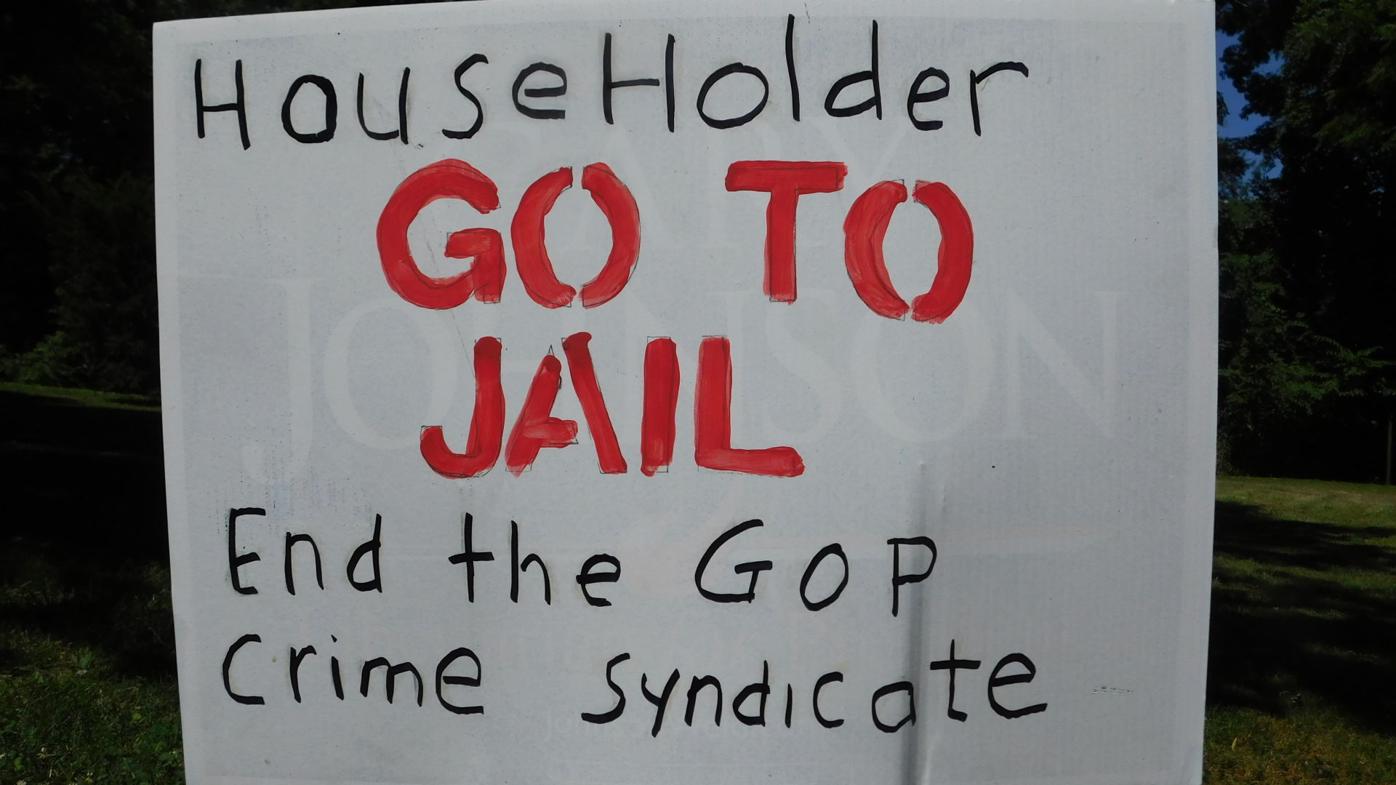 In light of recent events involving Larry Householder, signs have been posted throughout Perry County calling for him to go to jail; while others are standing by the Speaker of the House stating, “He will get his day in court.”

In light of recent events involving Larry Householder, signs have been posted throughout Perry County calling for him to go to jail; while others are standing by the Speaker of the House stating, “He will get his day in court.”

NEW LEXINGTON — The news of Ohio Speaker of the House Larry Householder being arrested by the FBI roared across the state on every media outlet last week.

That roar became a dull thud in Perry County as the hopes of many people crashed with the potential loss of Southeast Ohio’s strongest political voice. Shock, disappointment, anger, support, and sincere concern were emotions expressed by area residents who were asked how they responded to Householder’s arrest.

“I have always voted for Larry even after he had to resign from office the first time he was the Speaker,” said Reed. Saying that he gave Householder, “the benefit of the doubt,” Reed supported Householder on his return to state politics. “I feel very sorry for his family,” expressed Reed.

A Perry County resident who has worked closely with Larry Householder on various projects is Perry County Chamber of Commerce Executive Director, John Ulmer. One such project particularly important to Ulmer is the Chamber’s annual Groundhog’s Day breakfast where the crowd is always near the 500 mark and not an empty seat in the house.

“Larry has been instrumental is helping us land keynote speakers like Jim Tressel and Urban Meyer,” says Ulmer. Further stating that Householder has “always been extremely helpful” over the years, Ulmer admits that he was very bothered by the accusations against Housholder. “I was most taken aback by the magnitude of the charges,” described Ulmer.

Despite the charges and his impending trial, Householder attended the Perry County Fair where he presented a $50,000 check from the State of Ohio to the fair board. Ulmer says that act was indicative of the support Perry County has always received from Householder.

In his role as superintendent for New Lexington schools, Casey Coffey has had the opportunity to work with Householder on the school funding formula in Ohio. He believes the Speaker is a strong advocate for Southeast Ohio.

“Our values and economy vastly differ from Ohio’s metropolitan areas, and I know Larry understands that,” says Coffey. Describing his first reaction to the news of Householder’s arrest as a “call for concern,” Coffey fears that losing such a strong influence in the Ohio Statehouse does not bode well for Perry County.

Shock was the first emotion that swept over Perry County Probate Juvenile Judge Luann Cooperrider. The first woman to be a judge in Perry County, the longtime Democrat has been in office since February 1991. Her dealings with Larry Householder reach back to the days when the Ohio Speaker of the House was then a Perry County Commissioner.

“We disagreed on several issues, but I believe Larry’s heart has always been in the right place for Perry County,” descibed the Judge. “I saw him last week and told him I would like to talk to him about an impending bill. He told me he would be glad to do so. The next day he was arrested,” said Cooperrider in a voice heavy with disappointment.

Perhaps the most shocking aspect of the impending case against Householder for Judge Cooperrider is how deep the accusations run. Cooperrider believes having the power to author change is a positive attribute “if used in the right direction.”

From shock to disappointment to the disdain one citizen displayed by posting “Go to jail” signs along state Route 13 in northern Perry County, reactions to the arrest and charges pending against Larry Householder produced a multitude of emotions in Perry County. Amid the clamor of opinions, Judge Luann Cooperrider had the only one that truly matters,...

“He will get his day in court,” she concluded.