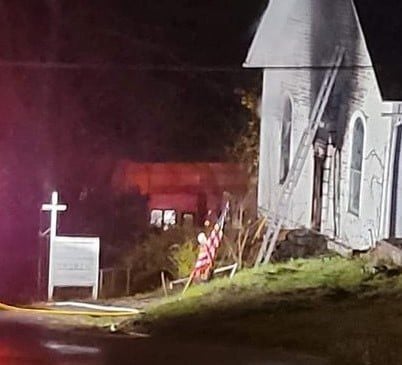 The U.S flag is rescued from Carmel Baptist Church of New Straitsville. 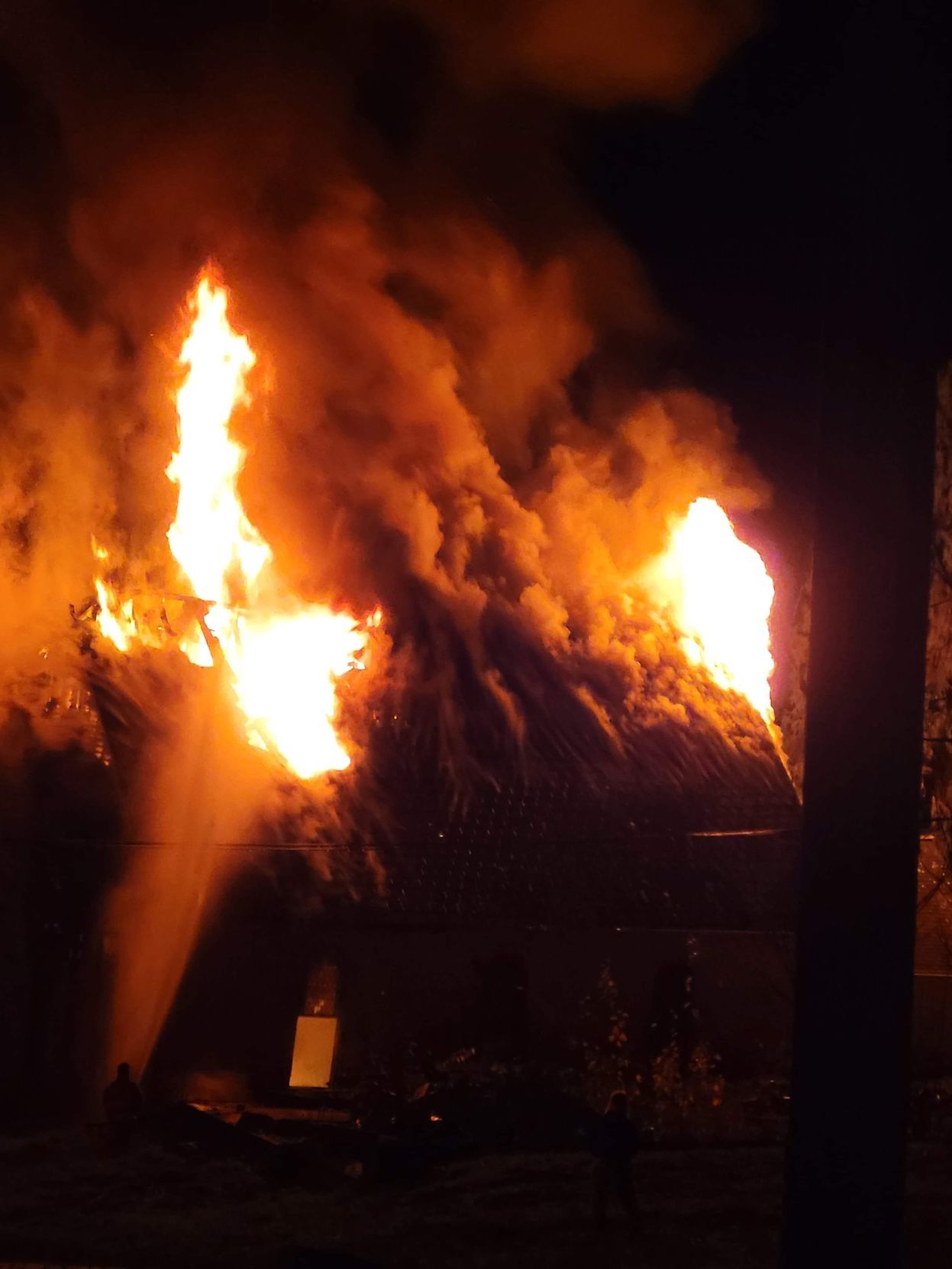 The U.S flag is rescued from Carmel Baptist Church of New Straitsville.

NEW STRAITSVILLE — On Thursday, Oct. 29, fire destroyed a church that had stood for 140 years in Perry County. The fire that destroyed Carmel Baptist Church of New Straitsville started at 9:20 p.m., and then reignited at 5:03 a.m. Friday morning. Firefighters allowed the fire to continue in a controlled burn.

Firefighters from New Straitsville, Shawnee, and Corning responded to the call. The state fire marshall was called to the scene, but no word on the cause of the fire has been released. The church had been abandoned for at least 15 years, perhaps longer.

Rita Spicer, director of the Perry County Emergency Agency, is a resident of New Straitsville and was on the scene the night of the fire. She described the spectacle as “heartbreaking,” as the stained glass windows on the church shattered during the blaze. One item saved from the fire was the American flag. New Straitsville firefighter Christopher Carney managed to rescue the flag prior to the church roof collapsing.

A few other items have been salvaged as well. “The Historical Society has managed to salvage a little of the stained glass and a few record books,” said Spicer.

The Little Cities of Black Diamonds, an organization that preserves the history of four counties in this region of southeast Ohio, reports the church was erected and opened on Nov. 26, 1880. The original congregation formed the church in the 1870’s.

No injuries were reported during the blaze.