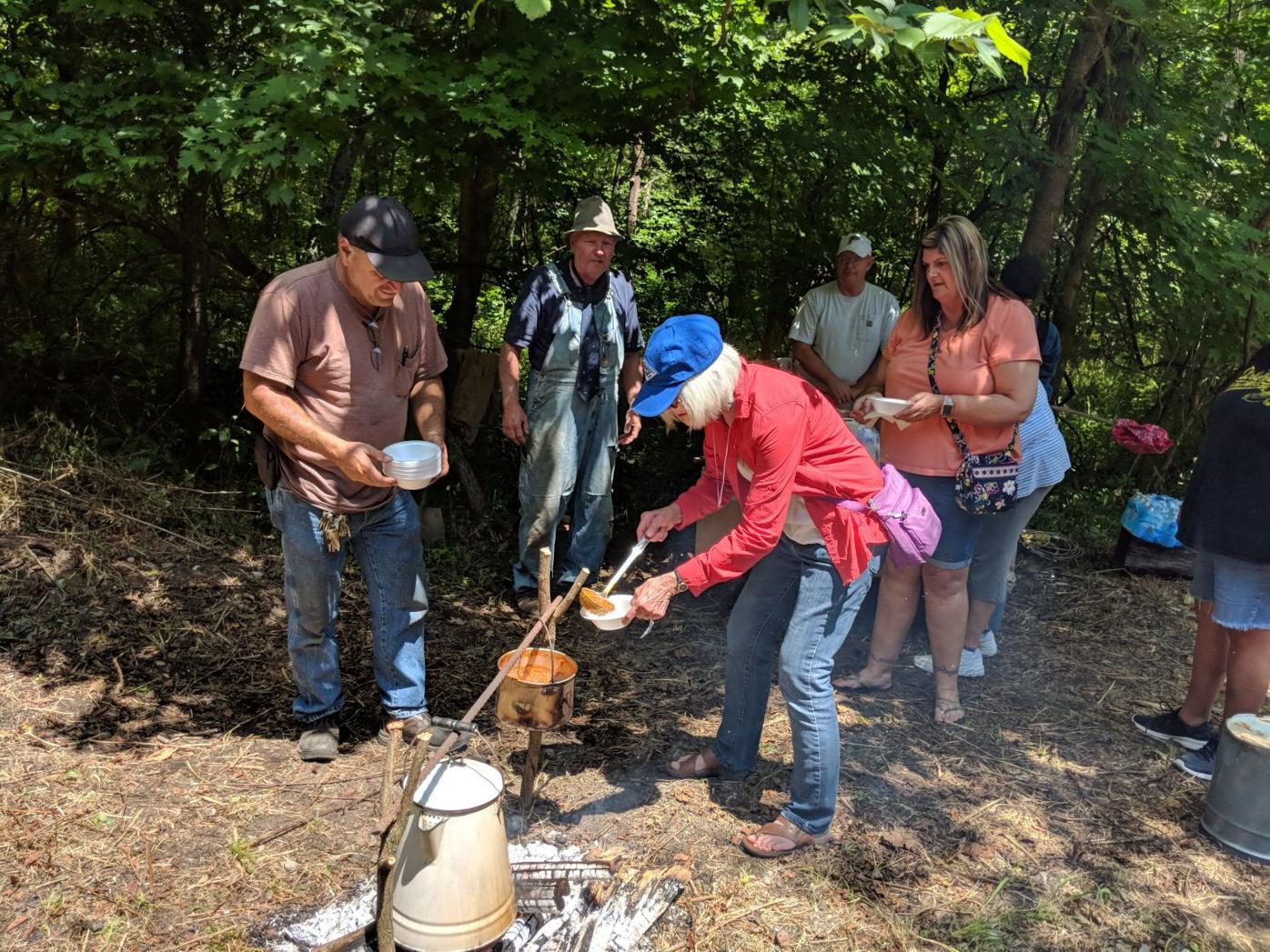 A scene from the make-believe “hobo camp.” 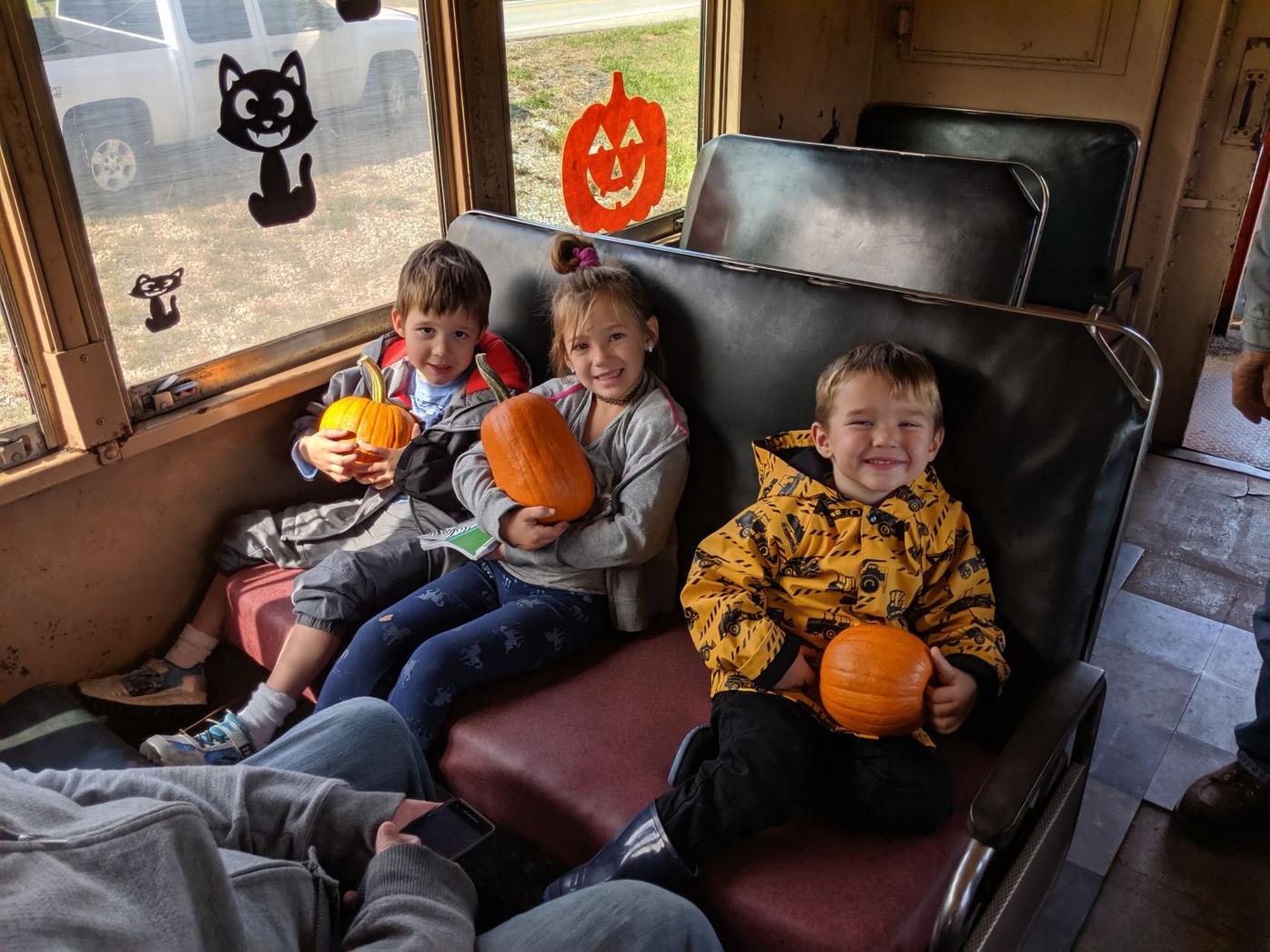 Some young railroad passengers with pumpkins they got to pick themselves.

A scene from the make-believe “hobo camp.”

Some young railroad passengers with pumpkins they got to pick themselves.

MT. PERRY – The Zanesville and Western Scenic Railroad, also known as the Mount Perry Scenic Train, when referring to the local rail-line, has recently re-opened to passengers this year. The train provides an opportunity for patrons to ride a historical means of transportation in the area, as well as offering unique and playful events for families.

Pat Ratz, the public relations and advertising person for the scenic railroad, said re-opening the railroad is a complex process. The primary obstacle in re-opening is track repair. Faulty ties in the track must be replaced before the train re-opens.

The railroad track itself is not owned by Zanesville and Western Scenic Railroad, but is rented from the Ohio government, requiring the strict standards that state transportation mandates. Every week the railroad is in operation a railroad inspector must be paid to walk the track and check it for safety issues and other concerns.

Other than railroad inspection, the train cars must be refurbished each year. The passengers’ cars are repainted, the seats are re-done, and the roof is checked for leaks and decay. This year, the major maintenance issue of the season was the purchasing of a starter battery for the diesel engine. The parts of the train can be decades old, so regular upkeep is important to keep the scenic railroad functional.

“One of the more urgent things that we want to do is make the ride longer, and we have to go across a bridge to do that,” Ratz said.

Currently there are plans in the works to open the bridge on the railroad and extend the duration of the ride. The bridge has been inspected, and while the bridge is structurally sound, the lead-up to the bridge is not. Construction on making the bridge safe and opening another swath of the railroad is the next large project for the train. The scenic railroad also hopes to install full-service plumbing on one of their cars.

While most tourism-based businesses were affected harshly by COVID-19 last year, the Mount Perry Scenic Train managed to make it through relatively unscathed thanks to its open-air passenger car, which allowed it to operate under the health department’s guidelines. In fact, due to the halt in operation for other scenic railroads, Pat Ratz said that last year was generally favorable for the railroad, being the first year in which fairs could cover the expenditures of the train.

This year, the railroad is hosting a variety of themed events throughout its season. Coming soon is the Hobo Camp, an event where during the trip kids are given bandannas, supplied through a grant by Ohio’s Winding Road, and given the opportunity to learn about hobos during a stop at a hobo camp during the length of the ride.

“We have one of our members supply weenies and beanies and make a campfire partway down beside the track,” Pat Ratz said. “He dresses up this little camp, puts out a clothesline and he puts clothes on and dresses like one of these guys might have back in the day.”

In September, the railroad will host its Grassman Event, where passengers ride the train while talking to a local author about the local Bigfoot-like cryptid. Later in the month, a new event, the Train Robbery Mystery, will take place. During this ride a group of hired actors will pretend-rob the train and steal fake money given to guests.

In October the railroad hosts its annual Pumpkin Train, an event where kids ride the train and then go to pick pumpkins sourced from a local producer. “We put them out there and we stop the train and have the kids get a pumpkin,” Pat Ratz said. “Every kid gets a pumpkin from that.”

In December the railroad does another holiday themed event called the Santa Train, where the train is decorated for Christmas and Santa comes to hand out candy and take pictures with kids. Every event the railroad hosts will have the same base fare.

The Mount Perry Scenic Train can also be chartered for individual events by contacting Zanesville and Western Scenic Railroads. These events would be toward the middle of the week when normal operations are not happening.

Funding for the railroad is primarily obtained through fairs and private contributions by its operators. The railroad began operation in 2014 under a small team of devoted individuals. Pat and Bill Ratz, the two lead team members, came up with the idea for the railroad in the early 2000’s. Residents of Columbus, the Ratzes became involved in railroads through the Ohio Railroad Association and Bill’s love of trains.

Coming to the area, they examined the railroad and decided they could fix it and begin a scenic railroad service sometime in 2006. Their starting equipment was purchased from a scenic railroad that was closing at the time, Buckeye Central Scenic Railroad, which has now been converted into a nature path.

All other equipment had to be sourced from across the state and country. The Mount Perry Scenic Train is connected to mainline railroads, so some of the equipment could be transported that way. However, some of the cars had to be towed via Semi-Trucks through the highway. Ratz said moving the cars was more expensive than buying them.

Ratz recounts the many problems faced while transporting the cars. Due to the oversized load, the path of they took had to be approved by the Ohio Department of Transportation. Initially the plan was to take the railcars through the roundabout in Somerset. However, this route was denied, and an alternative path had to be taken.

This proved difficult however, as the turns were too tight for the railcars. The trucks towing the load had to be stopped multiple times to negotiate the hairpin turns they faced. Ironically, when a later car had to be transported via the highway, the route though Somerset was approved and turned out to be much easier than the prior route.

Zanesville and Western Scenic Railroad continues to expand and provide new forms of entertainment for passengers. They host train rides every weekend until mid-November.