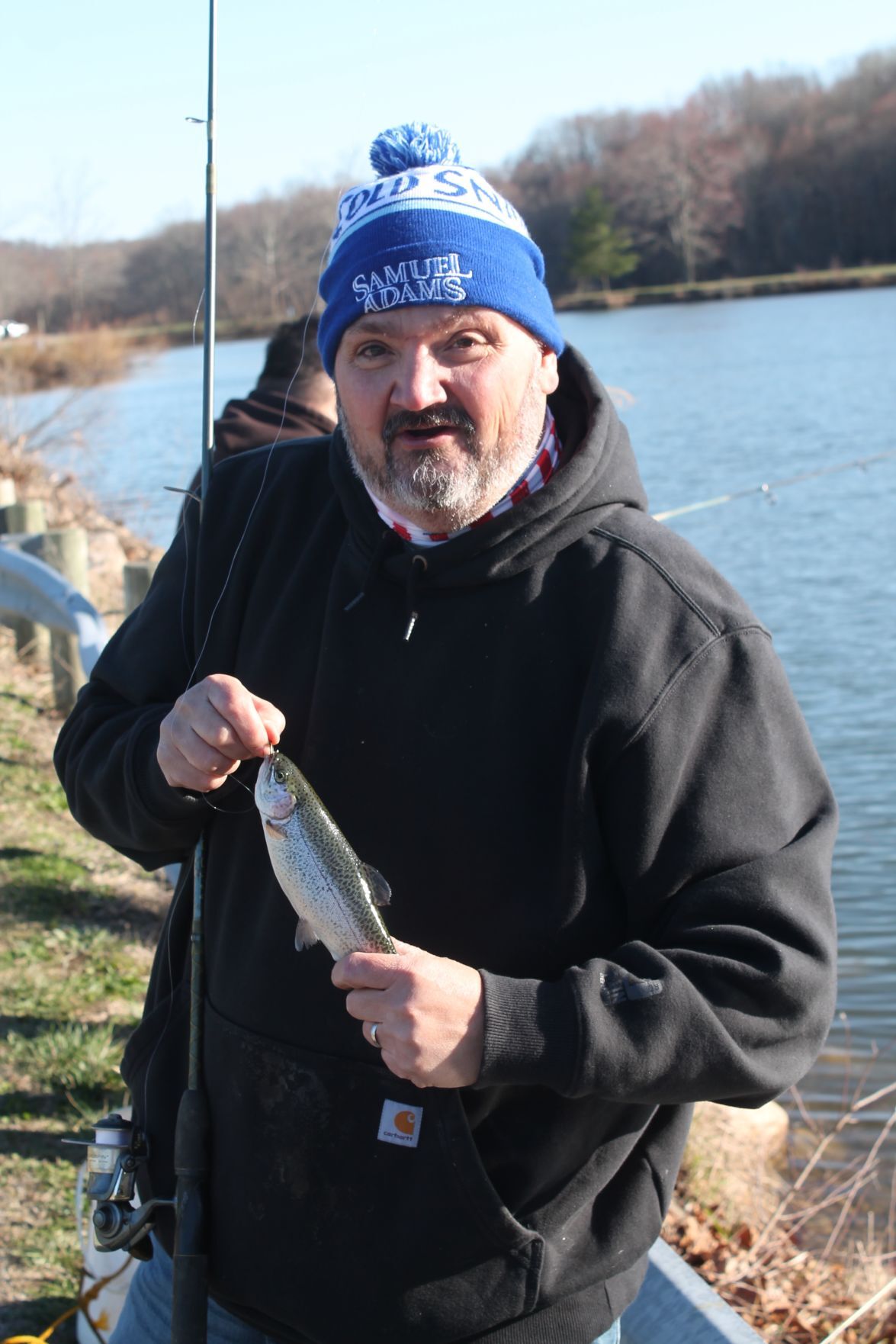 Charlie Brown made the drive from Grove City, Ohio in Franklin County to enjoy a day of trout fishing at New lexington Reservoir 1A. 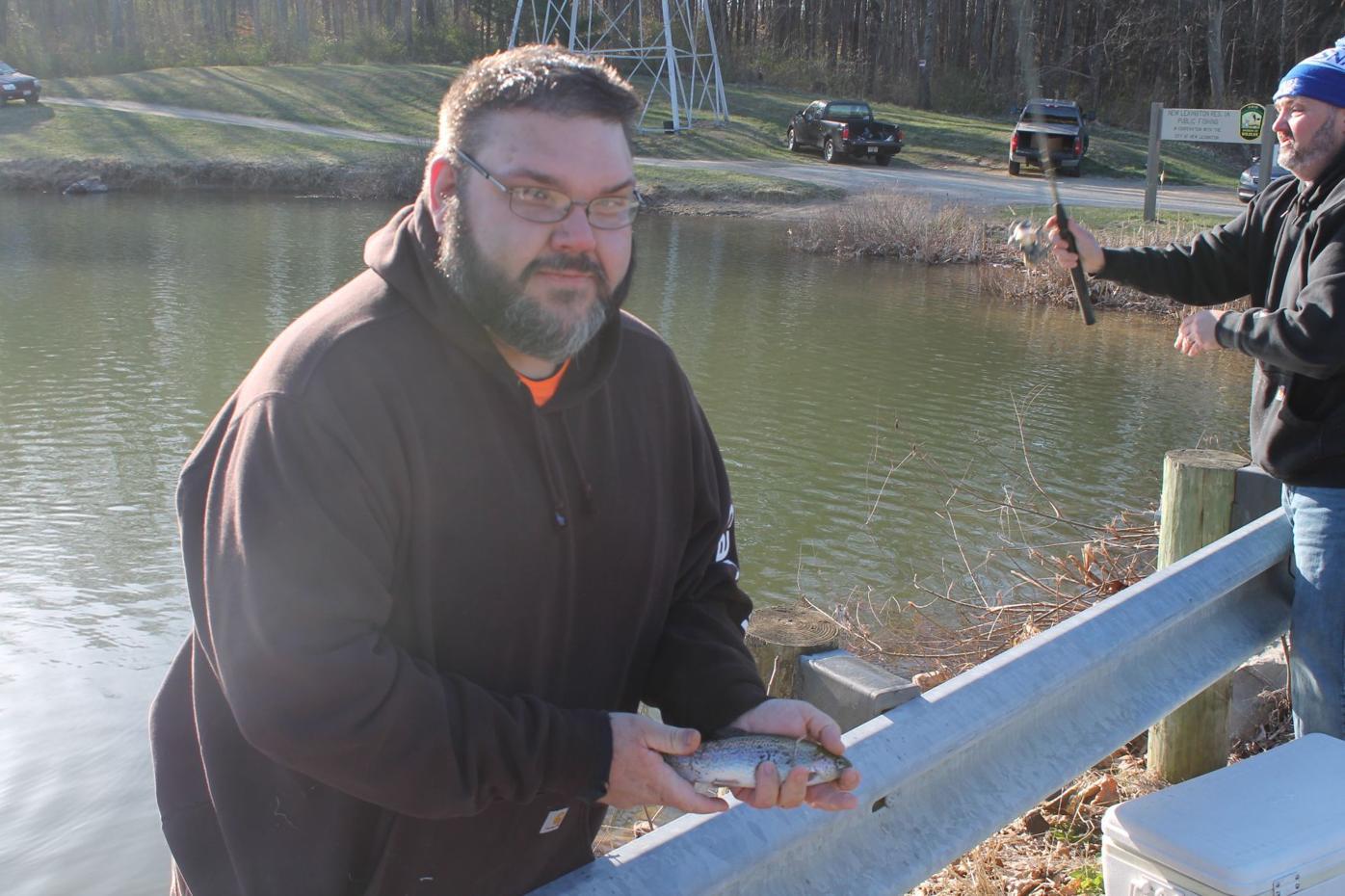 Charlie Brown made the drive from Grove City, Ohio in Franklin County to enjoy a day of trout fishing at New lexington Reservoir 1A.

NEW LEXINGTON – Despite the best efforts of a crack undercover S.W.A.T. (Sure, We Add Trout) team from the Ohio Division of Wildlife (DOW), a few savvy anglers uncovered the day of the promised rainbow trout stocking at New Lexington Reservoir 1A. In a brilliant stroke of subterfuge, the stocking took place on April Fools’ Day. Early but unsubstantiated rumors point to a master agent known only by the code name “Fauci” as the mastermind behind the entire operation.

Two fishermen who cracked the case were local angler George Lee and a Grove City resident, Charlie Brown. Usually the banks of the reservoir are lined with anglers armed to the teeth with Rooster tail spinners and bobbers, but only a half dozen were on hand that chilly Friday morning with the temperature hovering at the freezing mark.

As if on cue as soon as a camera emerged from its case, Charlie Brown (and yes, that’s his real name) landed a lively rainbow trout.

“Is that a trout?” I asked as I worked my way into camera range.

“It sure is!” replied Charlie. “I’ve been waiting for a month to come over here.”

After hearing the trout had been stocked on Thursday, George alerted his Franklin County fishing buddy. Charlie arrived at the reservoir the next morning.

He and George Lee (obviously his real name) were positioned along the guardrail on Palmer Road where it runs parallel to the reservoir.

“The trout are still tight to the shoreline, but by Monday they’ll be scattered all over the lake,” surmised Lee. When Brown dropped his catch into the five gallon bucket located between the two fishermen, it ran their total to four trout whose next stop would be the frying pan.

“Got my limit!” declared George as he carried his bucket of trout to his car. By 9:15 a.m., he had filled his limit when trout number five had a Rooster tail for breakfast. Making short casts with the tiny spinner accounted for every trout that morning. The prepared trout bait from Berkley had not produced any fish for the anglers that morning but George said that will soon change.

“I fish it suspended under a bobber and tightlined on the bottom too,” explained George. “By Monday, the power bait should be working.”

Trout were dimpling the surface of the water only a few feet from the shoreline the entire time the two friends were fishing. Whenever a trout would surface within casting distance, the anglers would fire a Rooster tail in that direction. This nearly always produced an immediate strike, but the light biting trout proved difficult to hook.

The Ohio DOW’s trout stocking endeavor has become one of its most popular events. Anglers who have been watching Bill Dance reruns all winter are more than ready to hit the water by the time the trout stocking program resumes in March. Over 81,000 trout were scheduled to be stocked all over the state this spring.

Until last year, the Ohio DOW published the exact dates for each lake to be stocked, but the protocols emerging from the continuing battle with COVID-19 changed that policy. A pair of would-be trout anglers had made the drive from Frazeysburg to New Lexington four days in a row in anticipation of the trout being stocked. On Thursday morning, the two were obviously upset with the change in DOW policy.

Even a state wildlife officer onsite that Thursday morning did not know when the trout would be stocked. Officer Smith said only that the hatchery personnel knew the actual date and time for the trout stocking to take place.

Regardless of policy changes, the trout fishing at New Lexington Reservoir 1A should remain good for two or three weeks. Without the usual crowded first day take of trout following the stocking procedure, the fishing may remain good a bit longer than usual.

Meeting new people can be awkward in many situations but not on a shoreline. Even when names are not known, we all speak “fishing” when a rod and reel is put to use. To George and Charlie, thank you for the most fun a fellow fisherman can have when he’s casting with a Nikon instead of a St. Croix.