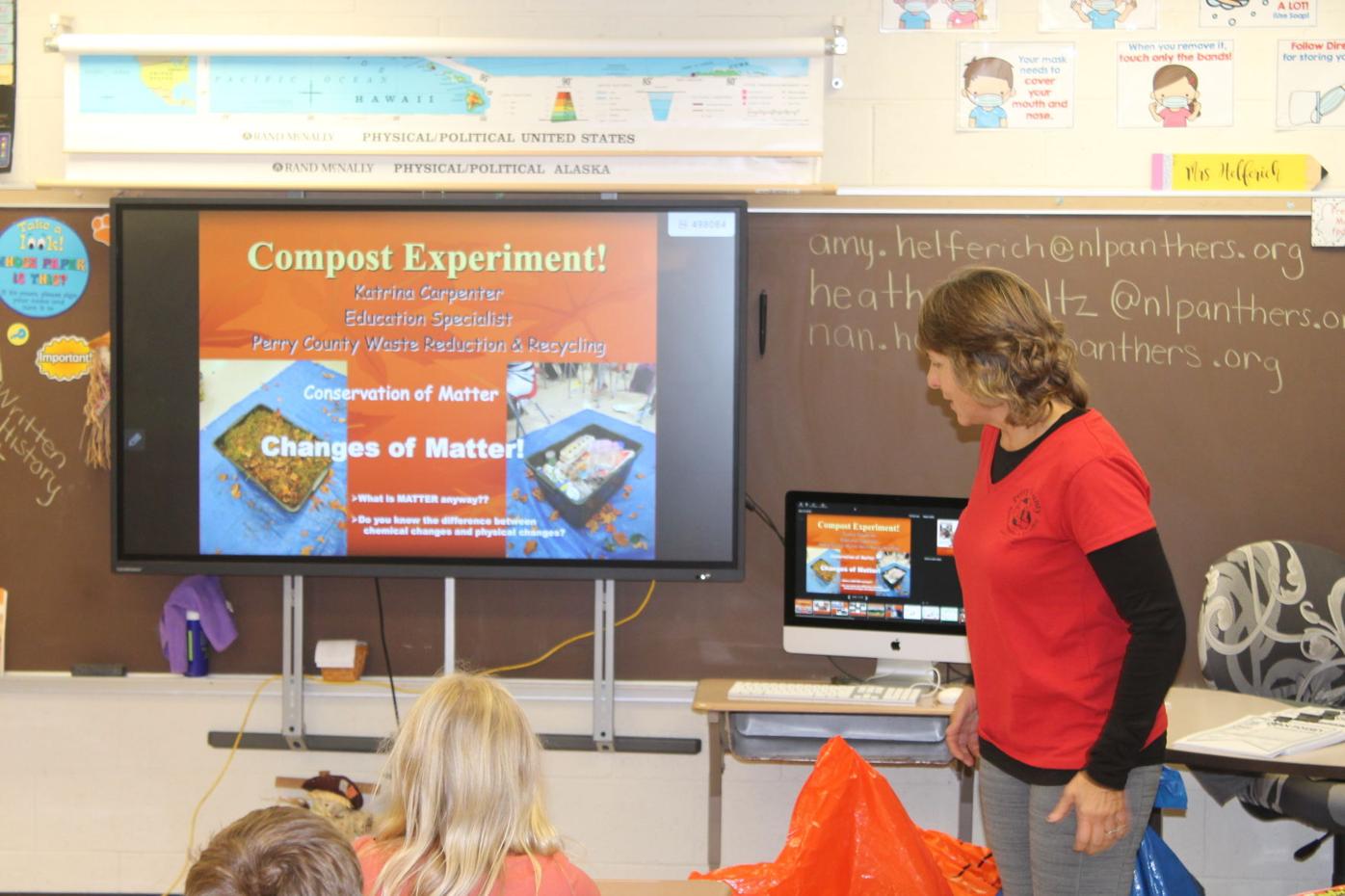 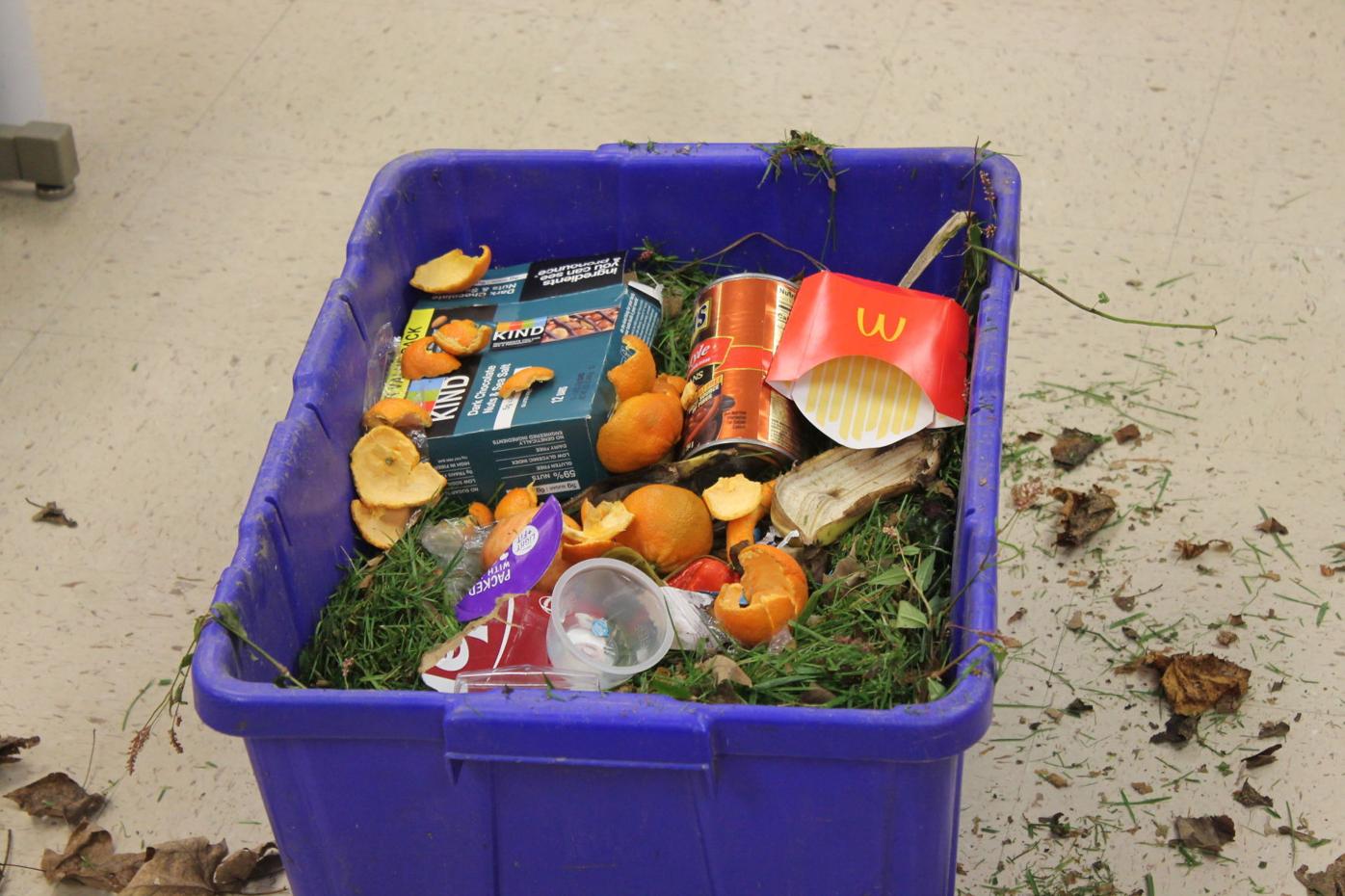 Students filled this bin with materials to compost.

Students filled this bin with materials to compost.

JUNCTION CITY – When Katrina Carpenter, educational specialist for Perry County Waste Reduction and Recycling, arrived at the Junction City Elementary on Friday, Nov. 5, you would have guessed it was a B.Y.O.T. invitation, with the T standing for “trash.”

Dragging a wagon overloaded with plastic bags full of leaves and cut grass, Carpenter’s appearance was part of a lesson she has conducted at the school for 15 years. She was there to show Amy Helfrich’s fourth graders how to create a compost pile as a way of reducing trash and creating soil.

“What is an experiment?” asked Carpenter as every arm reached for the sky.

“It’s to see if something works,” was the answer from the boy in the first row. Carpenter accepted the reply as a correct answer as she began explaining how a compost pile works. Carpenter had brought compost tubs and plenty of organic material in the form of leaves and grass while the students had been given an assignment to bring items for the compost project. Prior to filling the tub, Carpenter covered the parameters of composting

Carpenter then shared her best compost joke with the class. “Are all the boys in this class fungis?” Comedy may not be in Carpenter’s future, but she knows her composting.

Moisture and air were the final two ingredients needed to create a successful compost Carpenter, told the attentive students. The next step in the lesson involved filling the compost tub. Carpenter lined the bottom with a sheet of newspaper before allowing the students to dump their homework assignment in the tub.

Mrs. Helfrich had already labeled a strip of duct tape with the class period and date the compost was begun. She also had a recording sheet to list every item submitted for composting.

The students brought a plethora of items that usually make their way to a landfill. Jalapeno peppers, oranges, banana peels, coffee grounds, and one orange Cheeto were dumped into the tub. Joining this collection of materials were aluminum cans, pasteboard, a Tim Horton’s cup, a can of Febreze, a plastic water bottle, and one small painted pumpkin fresh from being part of a Hallowe’en display.

The tub will be taken outside behind the school in an area reserved for recycling. Carpenter instructed the class that a compost tub must have holes in the bottom as well as needing to sit on the ground. A compost tub should not be placed on a concrete pads or boards.

Katrina Carpenter will return to Junction City Elementary in the spring of 2022 to chronicle the fate of the 15.2 pounds of materials placed in the compost tub.