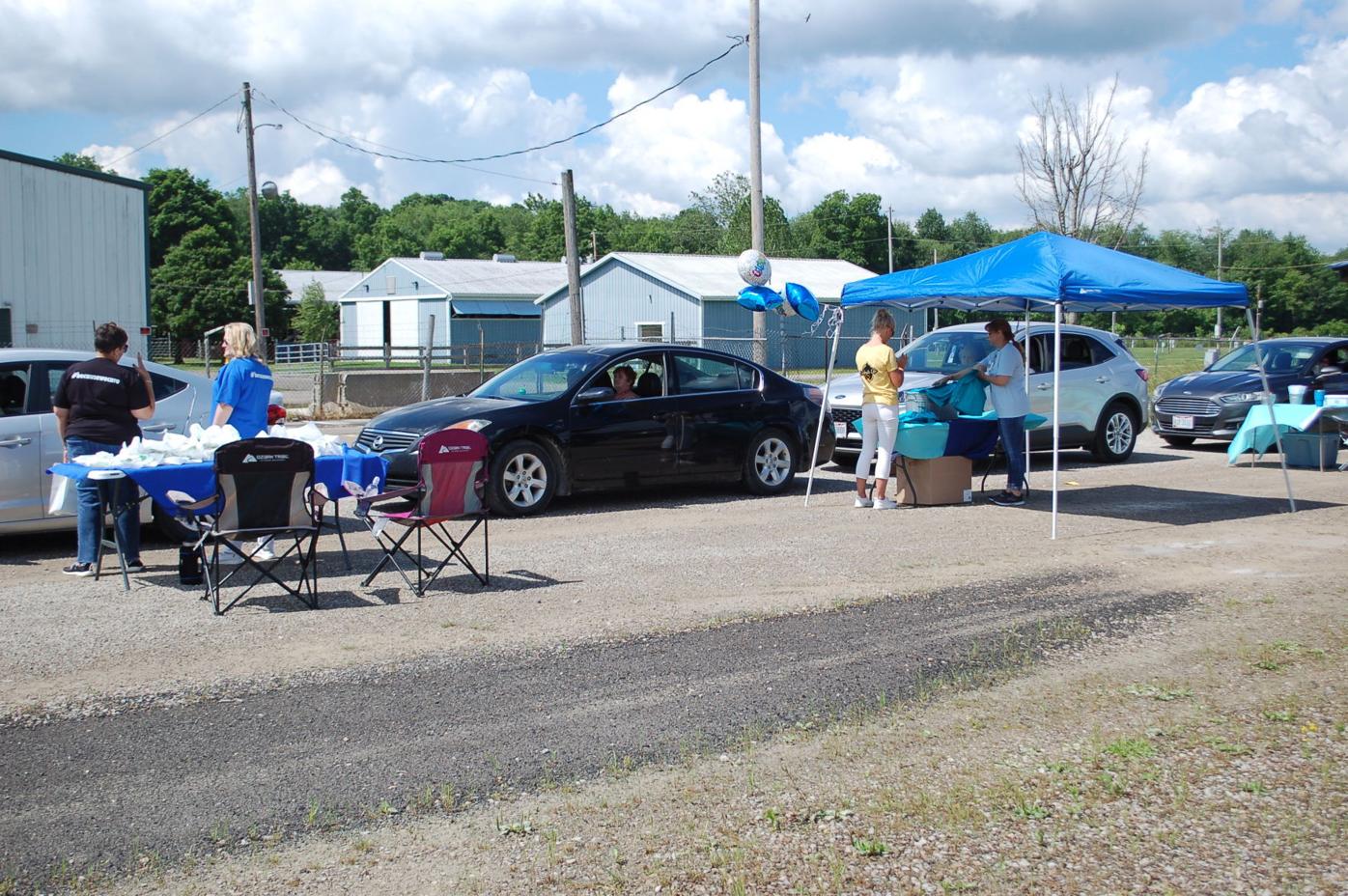 The World Elder Abuse Awareness Day event was done as a drive-thru. 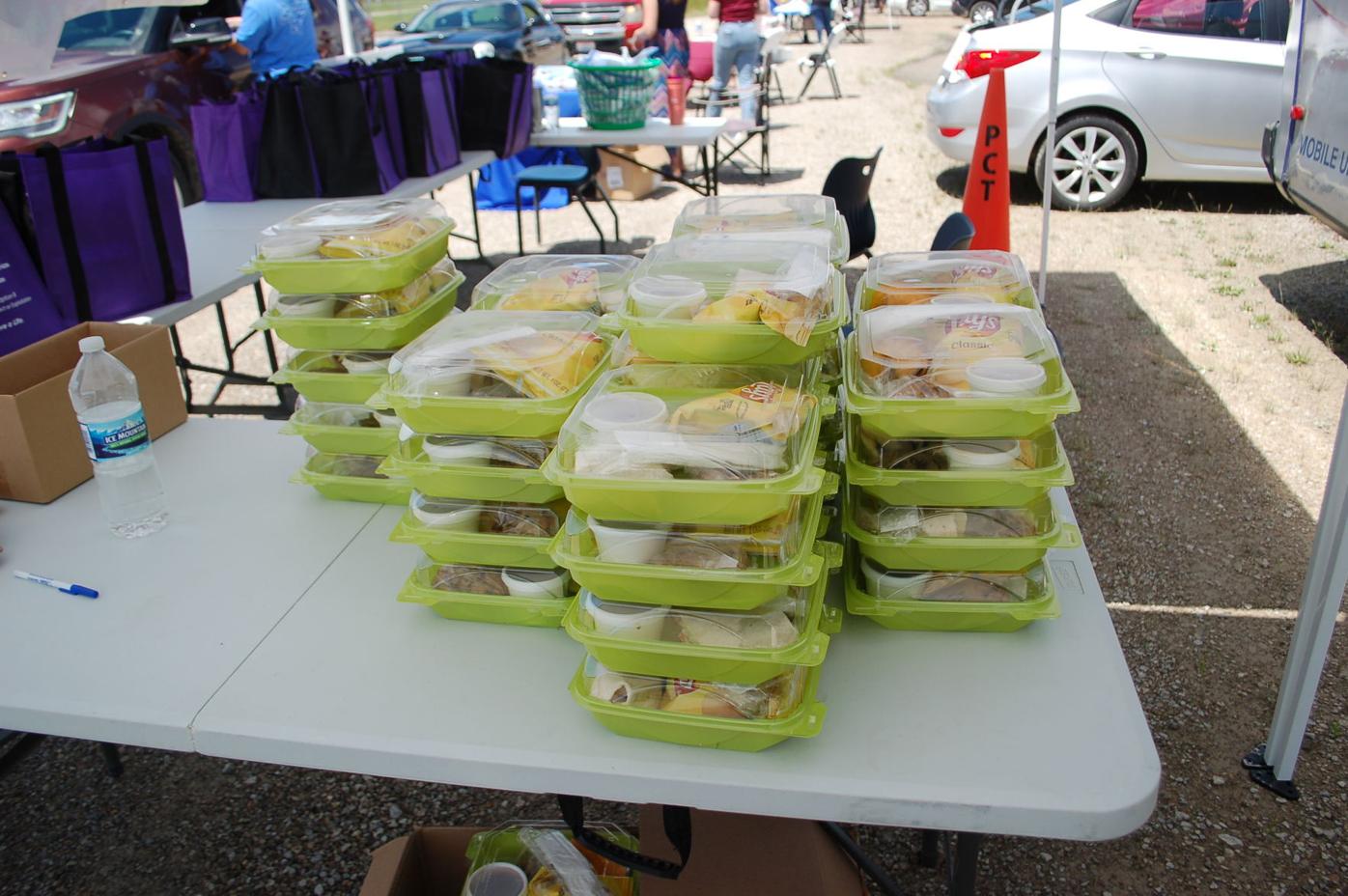 Participants in the event received a free meal from Trotters Pub and Grill.

The World Elder Abuse Awareness Day event was done as a drive-thru.

Participants in the event received a free meal from Trotters Pub and Grill.

The clinic was drive-thru, to avoid complications with COVID-19. Participants entered the fairground parking lot and took a guided course between a series of parallel traffic cones that led them past a series of booths. Each booth was staffed by volunteers representing different agencies that provided materials and information to seniors.

Representatives from Perry County Job and Services staffed the last booth that attendees drove to. They provided the seniors with a meal from Trotters Pub and Grill, along with a care package. The care package contained a blood pressure monitor, a glucose monitor, a thermometer, and recreational/de-stressing items such as an adult coloring book with drawing utensils.

“We just want to be able to give the elderly population, our senior population, a token of things that could make their life a little bit easier as well as providing them a lunch from Trotters in New Lexington,” said Tammy Goniea, a representative from Job and Family Services.

Senior abuse is an under-acknowledged issue in the community. It takes forms that are not recognized in the same way that other forms of abuse are.

Others in the community might not even know that the senior in question is there. As might be expected, COVID–19 had the effect of heightening this kind of abuse.

Job and Family Services ran a program to teach seniors to use technology such a video calls to combat this. Luckily, Goniea said, neighbors and community members do a good job of reporting these isolated persons and contacting Adult Protection Services for help.

“It’s a rural community where people don’t necessarily get out as much as (they might) in a metro city, and people might not even notice for a while that they haven’t been seen,” Goniea said.

The second most common form of abuse is financial exploitation, which accounts for 24% of abuse in Perry County. Financial abuse is when money is taken from a senior either by someone they know or though fraud, such as telephone and internet scams.

Money taken by the family might happen when a younger individual living with a care recipient steals money without consent or coerces it from the older person. Phone scams can be the typical fake insurance call, but they can also take the form of threats.

Goniea said in Perry County banks do a good job of reporting when this happens and stopping the transactions. Financial institutions such as banks are mandated reporters and will contact Adult Protective Services when they notice individuals with unusual expenditures.

The remaining forms of abuse constitute the more harmful examples. Luckily, these make up a relatively small amount of the total. There is neglect by caregiver (15%), when a hired caregiver or nursing home does not appropriately care for an individual. Below that there is emotional abuse (9%), followed by physical abuse at 3%.

The Ohio Fire Marshall’s Department sent representative Mike Aldridge to pass out material to attendees on problems related to fire. He gave pamphlets on subjects such as checking one’s home for fire hazards and making sure devices such as fire detectors are in working conditions

Sara Few from the Perry County District Library attended to give out information on programs offered by the library this year. She wanted to inform people that the library was returning to full functionality and tell seniors about the library’s summer reading and oral history programs.

Justin Hall, a case manager for Allwell Behavioral Health Services attended the meeting to pass out information about their organization and programs offered to seniors.

John and Florice Spung are two seniors who attended the event. John said they came to the event after their son received a card in the mail and informed them about it. John said the event offered hin and his wife a lot of material he found to be beneficial.

“It seems like the county and the people around really are trying to help the elders,” John said.

COVID–19 had been harsh on the Spungs, causing them to isolate and watch their health. Florice contracted COVID, requiring oxygen as well as expensive medication. The medication given to her had originally cost $488 dollars but their doctor managed to get the price significantly reduced.

They have recently been getting back out to socialize, but they are trying to stay around others who have been vaccinated as they have. John said there are many of people who still will not take the vaccine. He added that he’s happy there are events like the June 15 one, to help seniors get out and about.