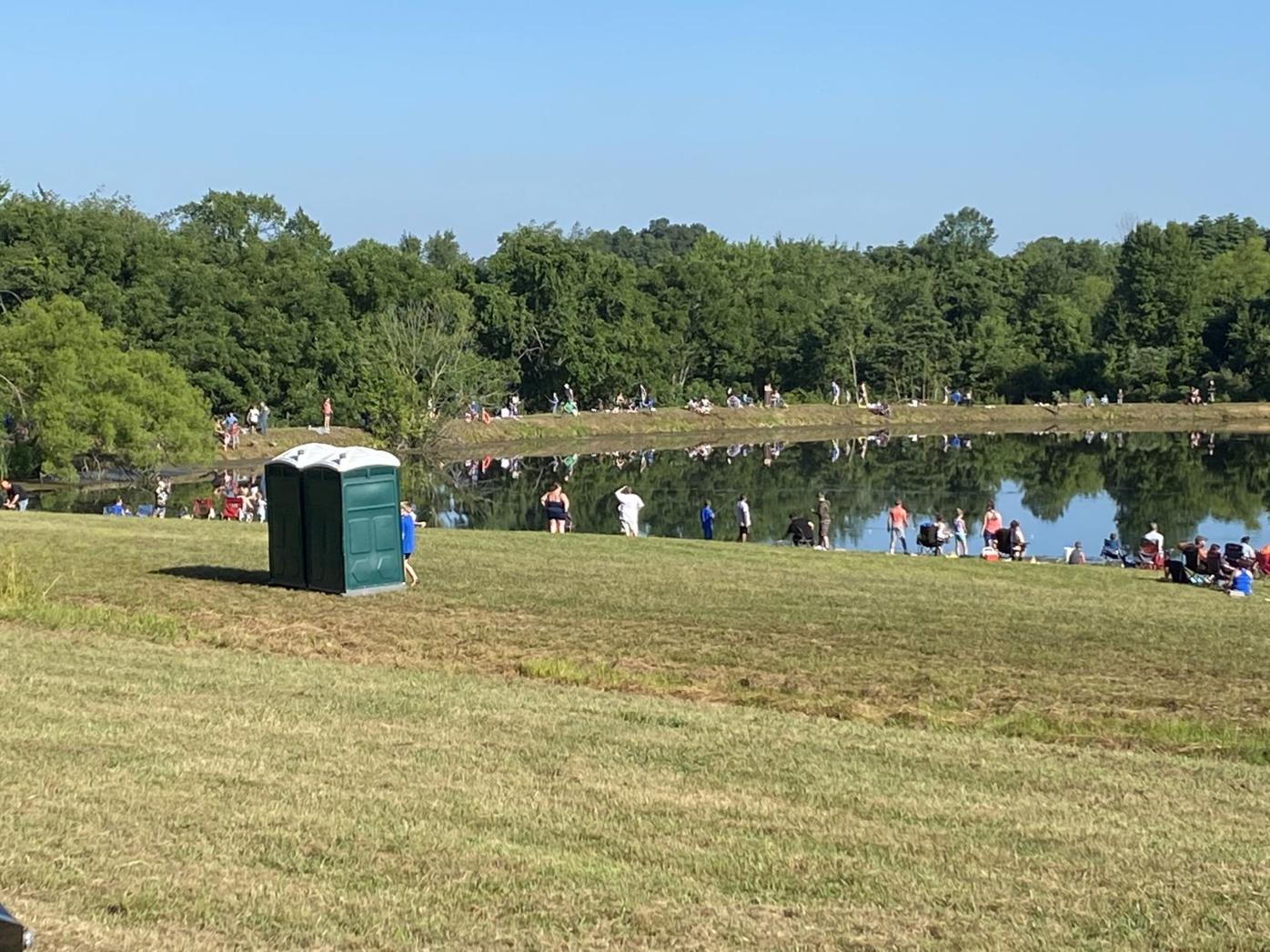 A view of the anglers ringing the Perry County Gun Club. 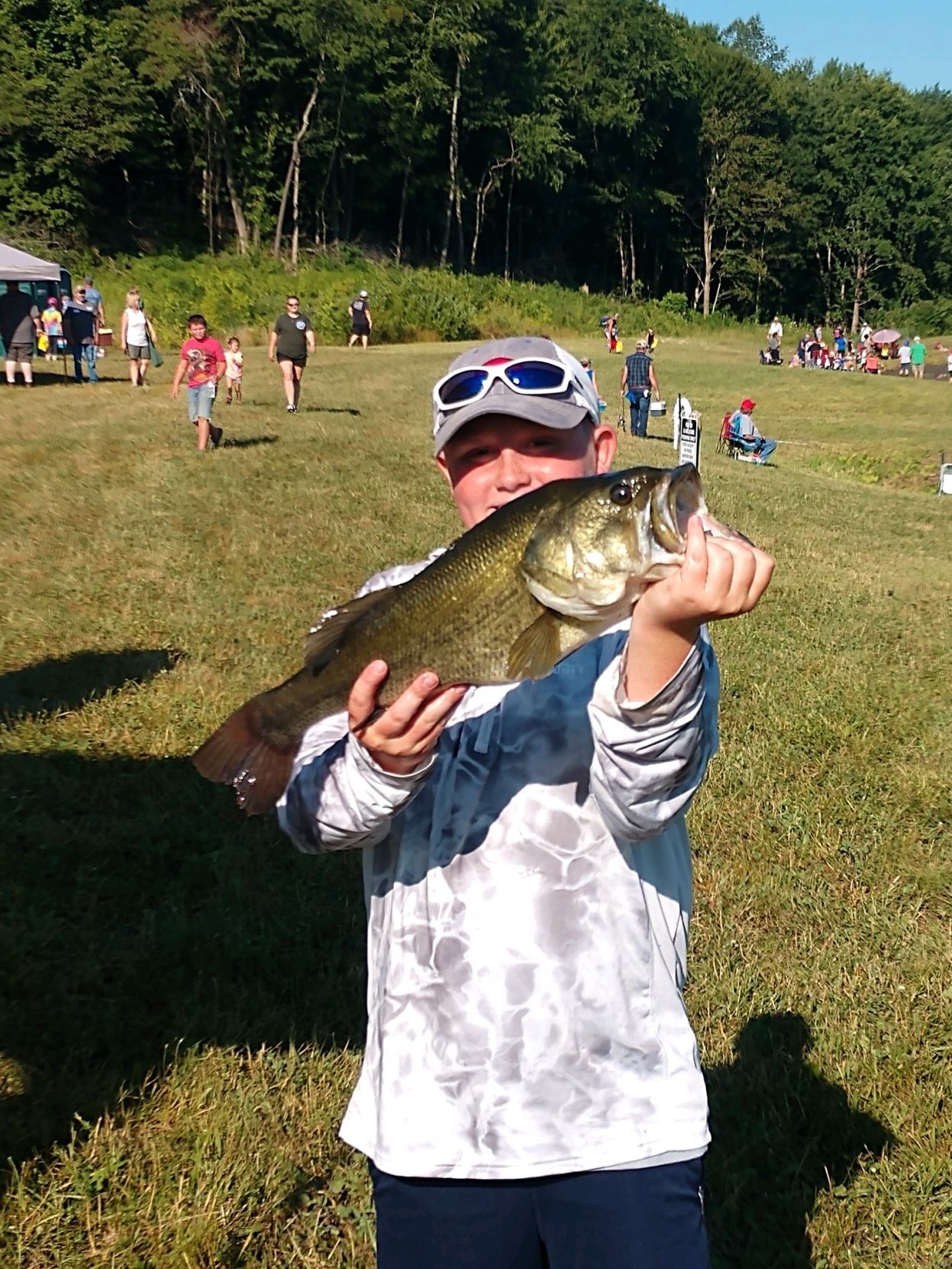 Maddox Bolyard holding the big fish of the day, a 4.9 pound largemouth bass.

A view of the anglers ringing the Perry County Gun Club.

Maddox Bolyard holding the big fish of the day, a 4.9 pound largemouth bass.

NEW LEXINGTON — On July 18 the Perry County Sheriff’s Office hosted its second Get Hooked on Fishing, Not on Drugs (HOFNOD) event at the Perry County Gun Club. The event had 229 kids and 116 adults ringing the lake that had been recently stocked with 100 bass, 100 hybrid bluegills, 100 bluegills, and 100 catfish.

The only thing more fun than fishing are rumors about fishing, and rumor has it that plenty of bass, some over five pounds, found their way into the Gun Club’s lake. The fishing started at 7:30 a.m. and concluded at noon.

HOFNOD’s origin dates back to the early 90s when a 14-year-old Florida boy named Matthew Deakins penned a letter to the Future Fisherman Foundation describing his concerns over drug use among his peers. His letter led to a video featuring Deakins and a fishing buddy telling why fishing was a much better alternative than using drugs.

While the fishing day conducted by Sheriff William R. Barker is only in its second year, the HOFNOD message has not lost an ounce of importance. The outstanding turnout for this year’s Perry County event is proof that many area parents agree with the HOFNOD theme.

“Last year we had 200 kids fishing so we increased by 29 this year,” reported Sgt. Brandon Forester of the Perry County Sheriff’s Office. He added that fishing poles were available for the kids arriving without one. In addition, every young angler received a tackle box loaded with gear and a t-shirt with the HOFNOD logo.

Sgt. Forester was quick to give credit to the many sponsors of the Hooked of Fishing event.

“Without our sponsors, we couldn’t do it,” said Forester. He added that Jared Holman, owner of Newlon Tire, closed his shop and he and his employees worked the fishing event.

Another group that volunteers is the Southern Buckeye Bass Club who hail from the Athens area. Damien Schmersal said that he and three other club members provided two sets of scales to weigh all the fish.

“This year we had a set of scales on both sides of the lake which made it easier on the kids,” said Schmersal. He explained that sheer coincidence led to his club’s involvement with the Perry County HOFNOD day.

“We were having a tournament weigh-in at Burr Oak Lake when I met Larry Hatem,” explained Schmersal. “He asked us about our scales, how much they cost, and where he could find them. Once I heard what he wanted them for, I volunteered our guys and scales for the event.”

Speaking of Larry Hatem, Sgt. Forester says, “he does everything for us” and wants zero credit for anything.

Making sure there was plenty of shoreline access were mowing crews sent by Perry County Engineer, Kent Cannon. Forester said that Danny Hammers also did his share of mowing to make sure anglers had a clear path to the water.

Every fishing event has somebody who catches the biggest fish, and Maddox Bolyard filled those shoes at HOFNOD. Fishing in the 10-13 age group, Bolyard landed a 4.9 pound largemouth bass. It is unknown what secret lure Bolyard used to land such a big bass, but witnesses say a floating frog lure is a likely suspect.

Unlike the 2019 event when catfish ruled the weigh-in booth, largemouth bass catches dominated the 2020 event. Planning for next year’s HOFNOD event will begin after the first of the year, according to Sgt. Forester. The venue may shift unless the dam project at the Gun Club is not completed on schedule. Wherever the HOFNOD day takes place next year, fully expect a day dedicated to kids and a healthy life choice.