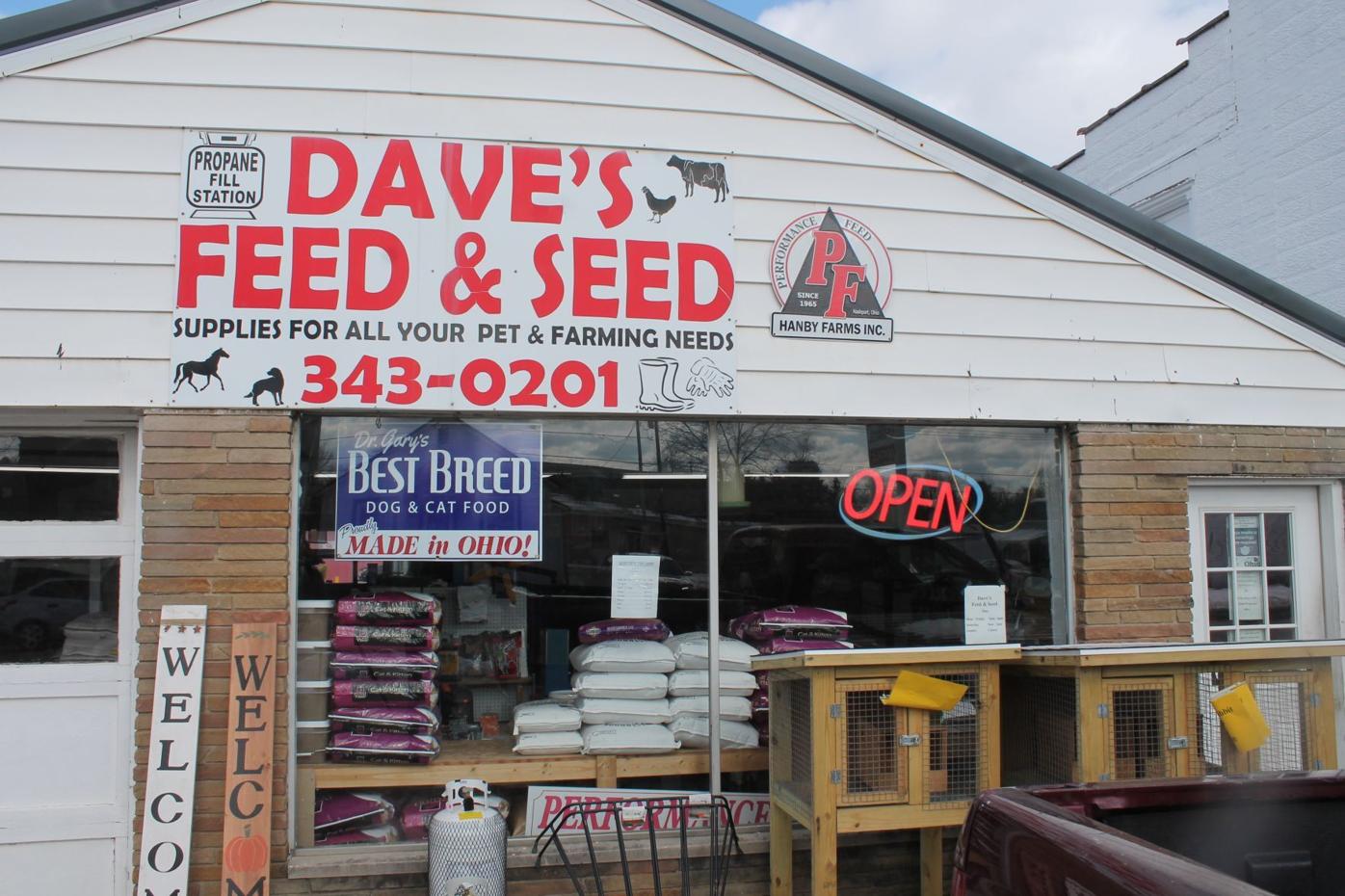 The Perry County Chamber of Commerce selected Dave’s Feed & Seed for their February Member of the Month Spotlight. 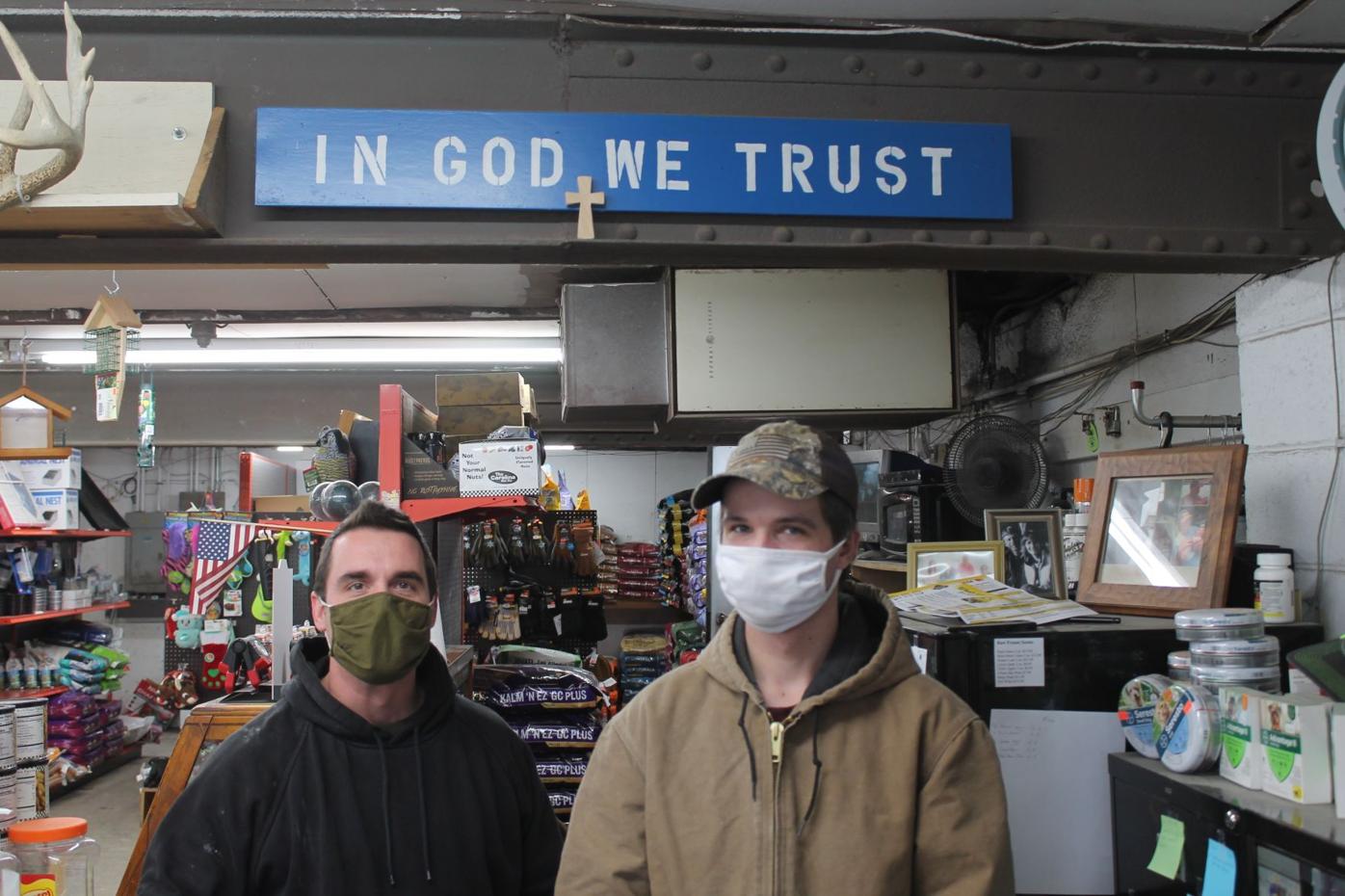 The owner of Dave’s Feed & Seed is David Horn who says the success of his business can be traced to his faith in God, his outstanding employees, and the people of Perry County. Pictured are employees Adam Bankes (on left), and Zach Fortner.

The Perry County Chamber of Commerce selected Dave’s Feed & Seed for their February Member of the Month Spotlight.

The owner of Dave’s Feed & Seed is David Horn who says the success of his business can be traced to his faith in God, his outstanding employees, and the people of Perry County. Pictured are employees Adam Bankes (on left), and Zach Fortner.

NEW LEXINGTON – The Perry County Chamber of Commerce has selected Dave’s Feed & Seed for their Member of the Month Spotlight in February. Dave’s Feed & Seed is located at 232 W. Broadway in New Lexington, but owner David Horn says he had three other sites on his list of possible locations for a new business that he preferred.

“The Lord told me ‘no’ three times before I realized this is where He wanted me to start this business,” laughed Horn.

In business since Sept. 1, 2012, Horn described the decision-making process that went into starting a new business after the age of 50. Horn turned 60 on Feb. 13, and was actually taking the day off. That is a luxury he has not afforded himself too many times year because Saturdays are historically his busiest day.

Horn says that his seven employees make it possible for him to not miss his birthday Saturday because they are a great crew.

“We pride ourselves on our service, and my employees ARE that service,” Horn proudly stated. Making sure a customer’s purchase is loaded into their vehicle almost before they finish paying has become the gold standard for getting the job done at Dave’s Feed & Seed.

Horn’s occupational background does not read like the accepted path for creating the highly successful operation his business has become. He worked in a factory for 30 years prior to becoming the manager at Bear Rental located at Six Mile Turn. Horn stayed in that role for four years before deciding to put his two-year business degree to the acid test.

As he laid his plans before various banks to obtain the funds needed to start his business, doubts that he would ever be able to see his plan come to fruition nearly caused him to change his mind.

That’s when a sole benefactor stepped forward and asked how much money he would need to get started. Horn’s answer was a five-figure amount.

“I’ll write you a check tomorrow,” came the reply, and Dave’s Feed & Seed quickly progressed past the dream stage. Horn said his benefactor made it an eight-year loan at six percent.

“I was able to pay him back in four,” Horn proudly stated.

Today the store is packed with items in addition to feed supplies, but that is not how it was back in 2012. Trying to stay within a short shoestring budget kept inventory at a minimum. Horn quickly found a way to remedy his lack of inventory that was as simple as it was effective. He made a suggestion box where customers could suggest products they would like to see in the store.

“If I’d get one suggestion for a product, I didn’t take it too serious,” explained Horn. “But when an item would show up three or four times, I would stock it.”

When asked how business had been during the year-long pandemic, Horn admitted he was stunned at the amount of business he has done.

“I never would have believed so many people love birds,” expressed a surprised Horn. He said sales of bird feed have “been fantastic!”

Another aspect that he incorporated during the pandemic has been curbside service. Customers call (740-343-0201) to place an order with a credit card, pull into the store parking lot, and one of Dave’s employees loads the product.

“I think people didn’t want to walk all over a big store after driving to Zanesville to buy a bag of birdseed,” mused the owner. “They could buy what they needed here and never turn off their engine.”

Every successful business has the heart it takes to avoid the 90 percent failure rate in the first year of operation. The heart at Dave’s Feed & Seed beats in the owner’s chest. Dave Horn has always valued serving others ahead of himself, and his business stands as the best witness to his commitment to customers. He has hired quality people, some of whom have worked for him since shortly after opening.

With business going at a tremendous pace, Horn took time to recall his first year at the store.

“I didn’t take a paycheck for that whole year,” described Horn. “I put everything back in the store.” Horn said his original goal was to work by himself and just try to make a living.” He told a story about Larry Saffel loaning him equipment so he could unload a shipment of feed.

“I would run to Larry’s car wash, hop on his tow machine, drive it to the store, return Larry’s machine, and then sprint back to the store because I was the only one working,” laughed Horn.

He also recalled painting the store’s floor prior to opening day when a pizza delivery boy came to the door and announced, “Pizza’s here!” When he attempted to explain he had not ordered a pizza, he saw the note from Dodson’s on Broadway that read, “Welcome, neighbor.”

“You know, Perry County is a close-knit family. The people of Perry County have made this business a success,” expressed a very grateful Horn.

Perry County residents respond to honest people doing an honest day’s work. They recognized that in David Horn as soon as they walked in his store. If they weren’t friends of his when they entered, they were when they left. Putting the February spotlight on Dave’s Feed & Seed must have been an easy choice for the Perry County Chamber of Commerce.

And by the way, Dave, Happy Birthday!