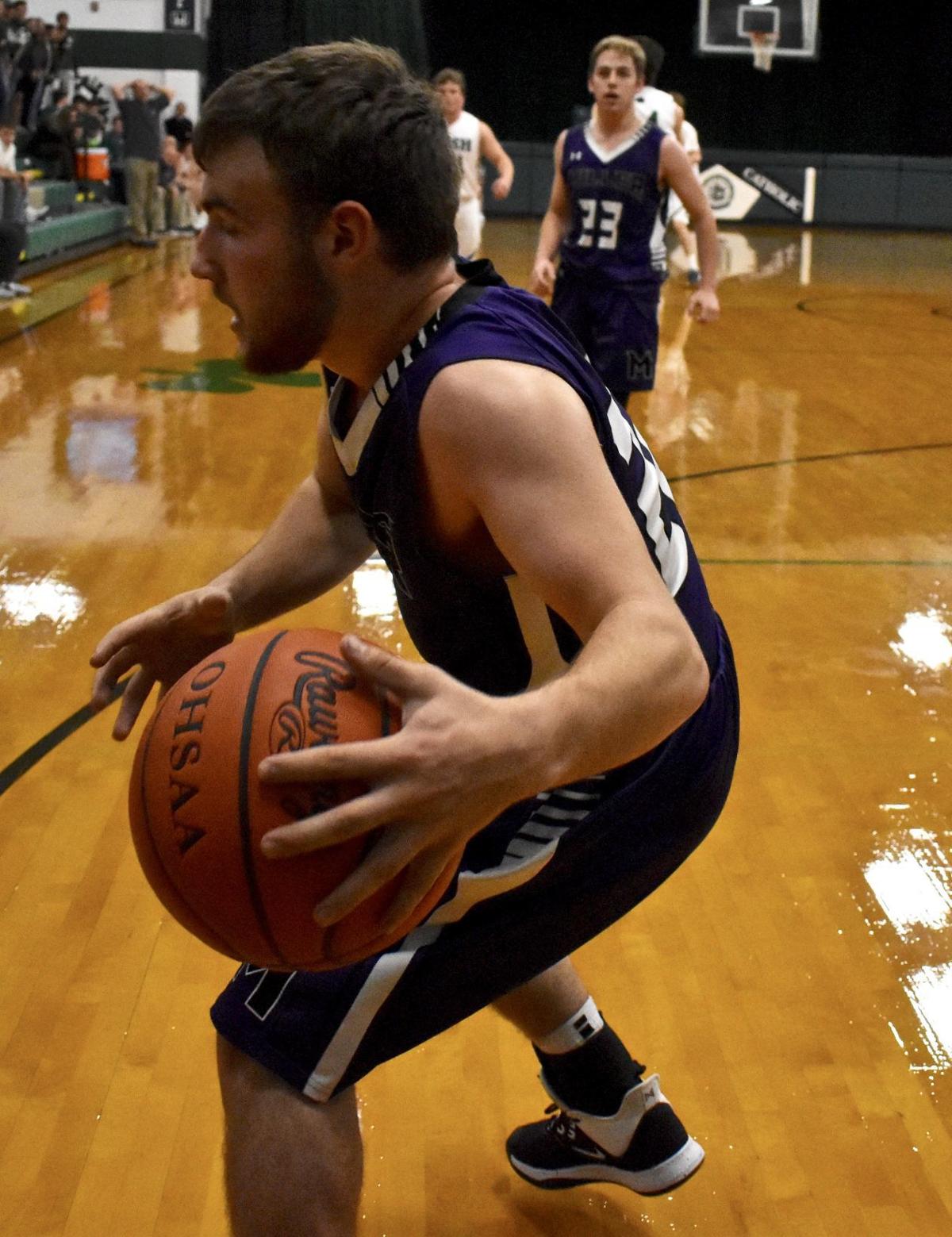 Drew Starlin saves possession as his grab reaches just before the ball goes out of bounds in the second half against Fisher Catholic. 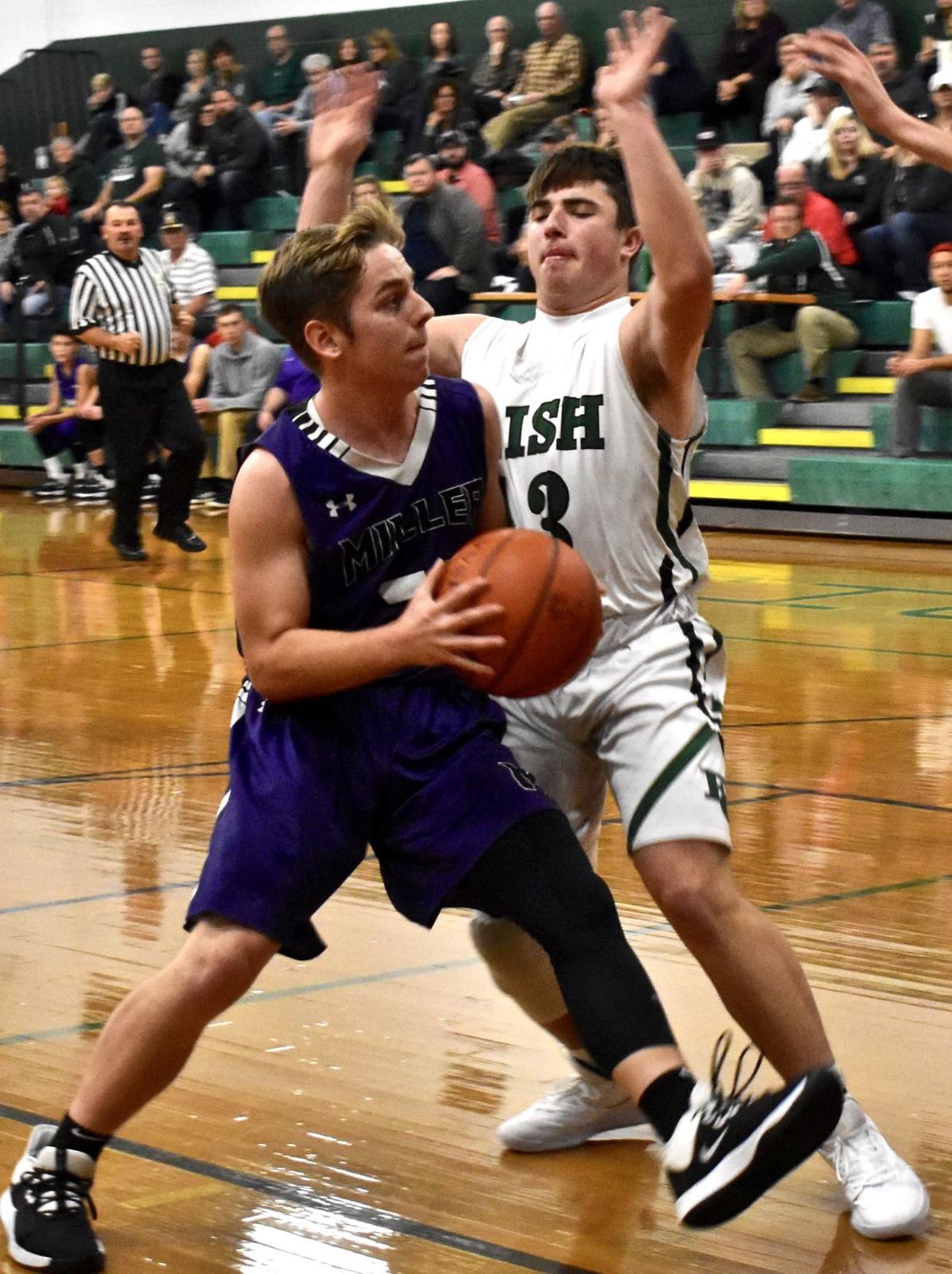 Colby Bartley prepares his shot for the field goal in the first quarter.

Drew Starlin saves possession as his grab reaches just before the ball goes out of bounds in the second half against Fisher Catholic.

Colby Bartley prepares his shot for the field goal in the first quarter.

LANCASTER — The Falcons took on an opponent that was not what they were used to in a 34-68 loss to Fisher Catholic.

The Falcons, throughout each sports season, are playing teams in the (Mid-State League) MSL-Cardinal Division to prepare them for next year in that league as they are facing their last year in the TVC now.

The Fighting Irish came out on the court with players towering in height, but Miller took little to no intimidation from them as they put up their own fight.

In the first quarter, Fisher Catholic threw 20 points on the board to Miller’s 11.

Colby Bartley took control offensively in the first with nine points of his own; three two-point field goals and one from behind the paint.

Drew Starlin added another layup of his own for his Falcons, fighting tall opponents.

The Fighting Irish took the second quarter with ease as their 21 points accomplished Miller’s nine.

Fisher Catholic had one tactic of quick offensive passing to their man on the corner, who then had his routine three-point shot.

Miller’s Tre MCoy and Steven Willison each completed a field goal from inside the paint, and Bartley added a shot from outside the painted arc.

Willison also had his chance at the foul line to complete two of three free throws.

Miller came out in the second half relying on foul shots to be on their side as their third-quarter seven points came from three completed free throws and two layups.

Starlin went two for two with his foul shots, plus a field goal, and Bartley completed one free throw and another field goal from inside the paint.

Fisher Catholic was gaining the majority of their second half points from rebounds, forwarding to layups, then had the 55-27 lead after the third quarter ended.

Starlin and Bartley repeated their third quarter performance in the final quarter as Bartley had one two-point field goal and two complete free throws, and Starlin had two free throws made from six attemtps.

The physical game toward each other also went against Miller as well, giving Fisher Catholic four free throw chances in the final quarter.

With 13 points in the fourth, Fisher completed their lead to defeat Miller, 68-34.