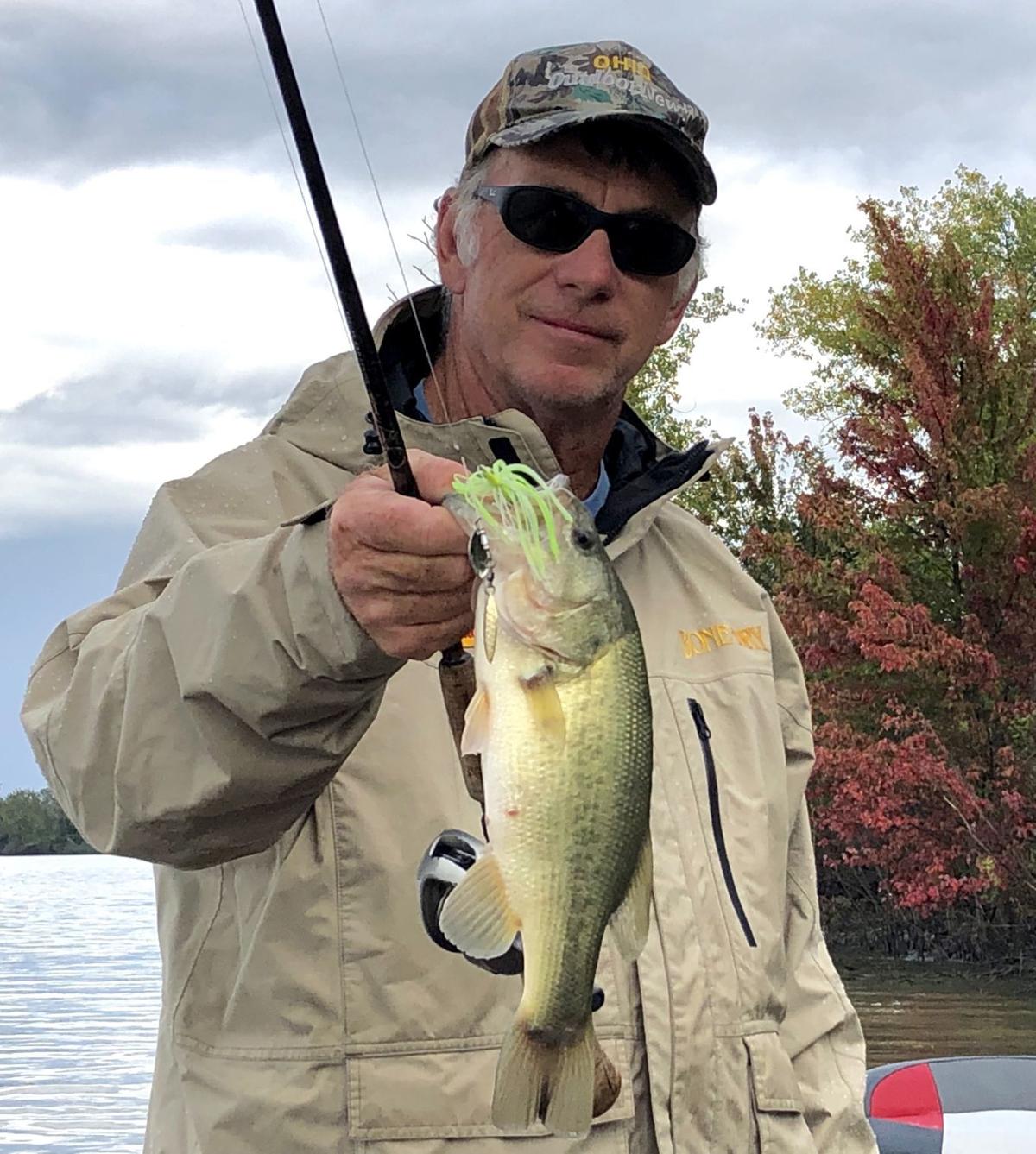 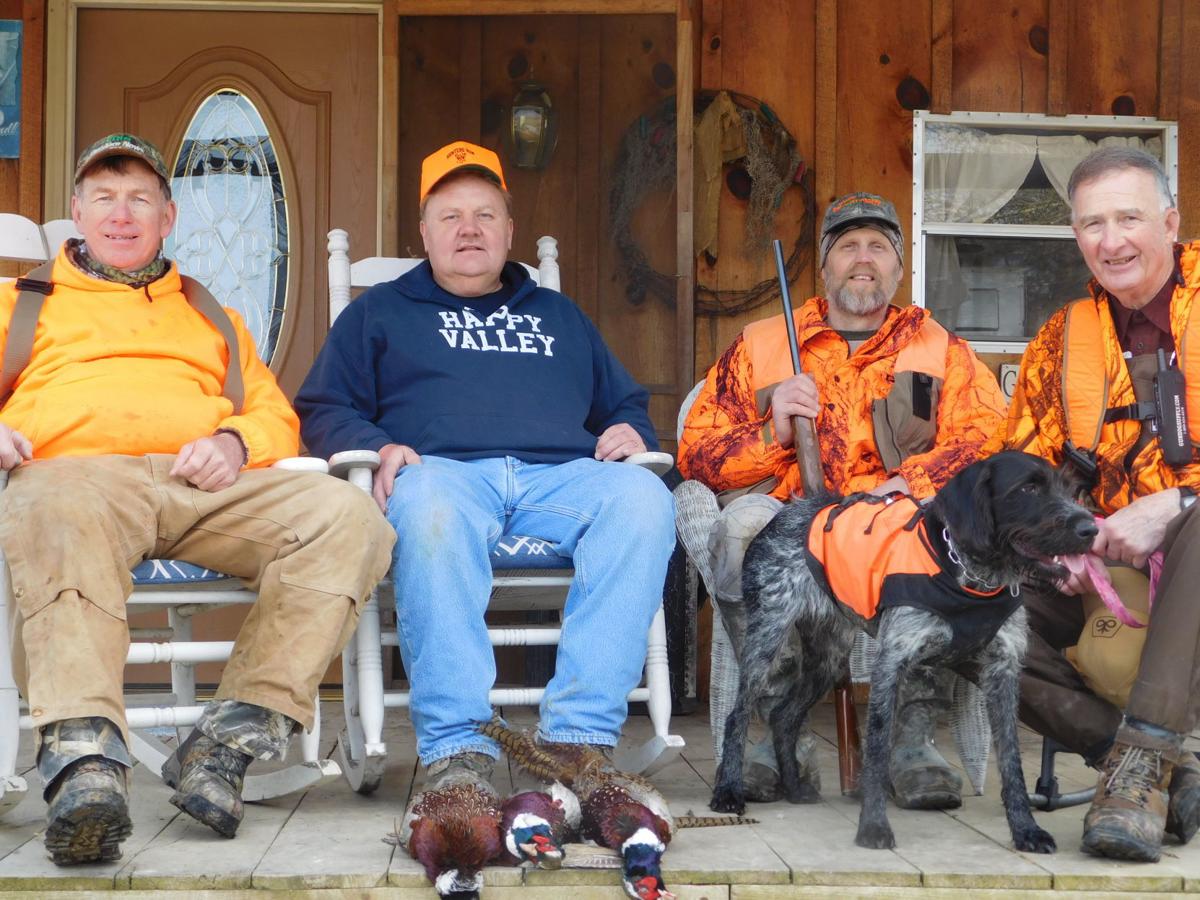 From left to right: Doug Clifford, Brad Bond, Matt Cook and J. Gary Watson with his dog, Penny, on the porch of J. Gary’s hunting cabin.

From left to right: Doug Clifford, Brad Bond, Matt Cook and J. Gary Watson with his dog, Penny, on the porch of J. Gary’s hunting cabin.

CUMBERLAND — When Brad Bond’s name came across my caller I.D., I couldn’t wait to give him a hard time for ignoring my last 37 calls, texts and emails.

“Is this really Brad Bond, the Brad Bond I used to know?!?”

“Okay, okay, that’s all the garbage you get,” came the response from Brad. “You want to go pheasant hunting? I’ll get Cookie and we’ll have a great time down by Meadowbrook High School.”

Cookie is former Ceramic football player, Matt Cook, who was a freshman my first year at Crooksville High School. Matt was one of my position players all four years he played for Crooksville. His post-high school football fortunes took him to Wilmington College, my alma mater. In recent years, he has worked as an assistant football coach for the Morgan Raiders. While we run into each other whenever the WHIZ Game of the Week crew does a game in McConnelsville, spending a day afield with Matt sounded like a great idea even if we had to drag Brad along with us.

Of course, Brad made the day possible thanks to an invitation from J. Gary Watson who has been one of his family’s dearest friends since the late 1960s. J. Gary has a farm across the road from Meadowbrook High School in Guernsey County. While Meadowbrook is joining the Muskingum Valley League this year, upcoming conference play is not what made J. Gary’s farm significant.

His passion for hunting led him to have his property designated as a dog training ground. That designation allows him to stock upland game birds like pheasants and quail on his farm for the purpose of training bird dogs. It also allows hunters to take the gamebirds even when the season for them has ended. For our hunt J. Gary released seven pheasants and one three-year-old German wirehaired pointer named Penny.

Matt and I had never met J. Gary, so Brad handled the introductions once we reached the hunting cabin at the back of J. Gary’s farm. When I say hunting cabin, picture a clubhouse stocked with everything needed to convince you to do a Peter Pan.

Before the hunt began, J. Gary took us to his trap shooting range where my bass fishing practice of catch and reach transferred well to shooting clay pigeons. I mean missing clay pigeons. After each of us went through a box of shells, we followed J. Gary and Penny into the field where she immediately went on a rock solid point with a slight tremor whenever the bird slightly moved.

“Walk up behind her, Matt,” directed J. Gary. Matt had never fired a shot at a pheasant. That record was intact as the bird flushed and flew away. I aimed at the bird, waiting for Matt to shoot. When Matt’s 12 gauge Remington 1100 failed to bark, I fired two shots that didn’t ruffle a single feather.

“Forgot to flip off the safety,” said my dejected friend.

“Well, I forgot to shoot straight.” My words of consolation had us laughing at our inept opening effort. Fifteen minutes later, Penny went on point along the fenceline Brad was paralleling. When the rooster couldn’t stand another second with Penny staring at him, Brad brought it down with one shot from his over/under shotgun.

On the way to retrieve the downed bird, Penny abruptly went on point before she had gone 20 feet. Brad’s second shot within 30 seconds of his first brought down another rooster. His luck ran low when he grabbed the strand of electrified fence to help Penny through it.

“Gosh jolly darn gee willikers,” or something like that, came from Deadeye Brad. When J. Gary told him that fence didn’t have any juice running through it, Brad grabbed it again... with the same shocking result. Matt and I decided that for someone so dense, Brad could really shoot.

Penny continued hunting at a chaotic pace until she caught scent of the next bird. Matt and I finally started hitting birds that Penny found and retrieved for us. With one bird remaining of the seven J. Gary had released, Penny let us know exactly where it was hiding.

“Your turn, Brad,” I offered, but Brad deferred to Matt.

“Go ahead, Matt, I have my two.” With that opening from Brad, Matt followed Penny into the brushy cover. When the rooster flushed, Matt took deliberate aim before his shotgun finished the hunt for us. Before Penny could reach the downed bird, the crazy thing took off running. The escape attempt stretched to 200 yards before Penny leaped four feet off the ground to rebound the bird as it attempted to go airborne.

Our next quarry was much easier to hit when we grabbed bowls of homemade vegie soup made by J. Gary’s lovely wife, Shirley. The pastrami and cheese sandwiches topped off a delicious lunch after a great hunt. The good natured ribbing and insults were as fun to hurl as the soup was to eat.

We thanked J. Gary and Shirley for the hospitality, and I evened said that I would consider being adopted if they needed someone to keep Penny company. Rekindled old friendships can only be outdone when you forge new ones, and we had been blessed to do both. Seven words from J. Gary summed up the day better than a two hour speech.

“It’s about the camaraderie and the competition.” Thank you, J. Gary and Shirley, and of course, you too, Penny.

Written and submitted by Doug Clifford for The Perry County Tribune. The views of this column may not necessarily reflect that of the newspaper.