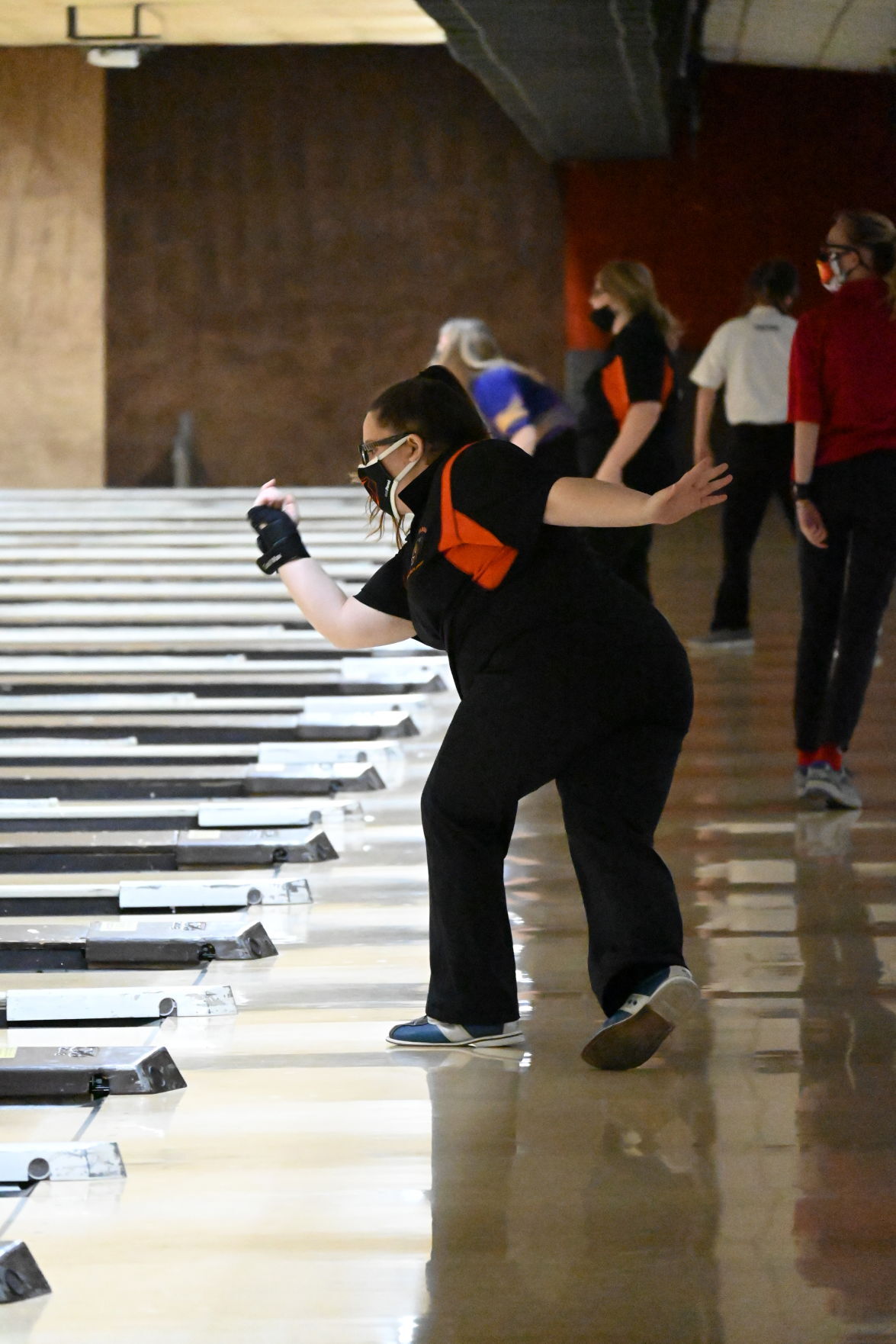 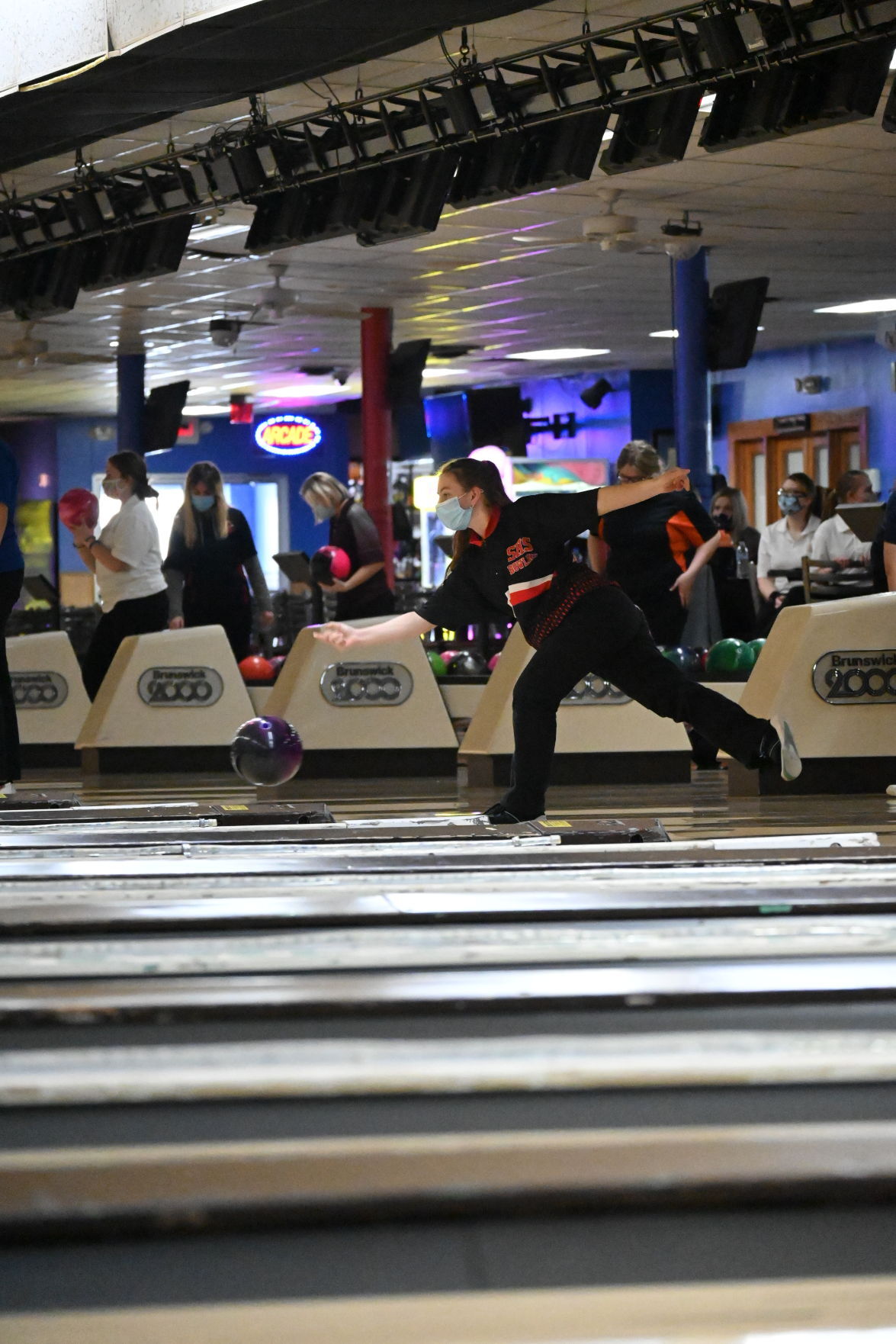 The Lady Panthers rode out strong opening games from Jazz Cozad and Alexis McCord, who bowled 189 and 179 respectively. New Lex didn’t have one bowler score under 120 for game two, improving their overall pin score to 1404 going into game three. Game three saw Cozad take over, scoring a 226 and bringing her overall series score to 548.

The Lady Generals had a rougher time in their lane but were within striking distance after three games. Darcie Herges led Sheridan and became the first bowler to head to districts from the girls’ program, qualifying individually. Sheridan Head Coach Brian Currence was proud of his team despite the circumstances, and still sees things to improve on.

“As a team, we need to shoot spares better,” Currence said. “We had a challenging season with COVID and getting matches but I am really proud of my girls’ team for the effort they put in, especially in the off season!”

Going into the Baker’s games, New Lex was third with 2103 pins and Sheridan sixth with 1982 pins.

Cozad’s 548 series score was good enough for first place individually and qualification to districts. Herges will represent the Lady Generals at districts, set to take place Friday, Feb 19 at 11 am at Shawnee Lanes in Chillicothe.