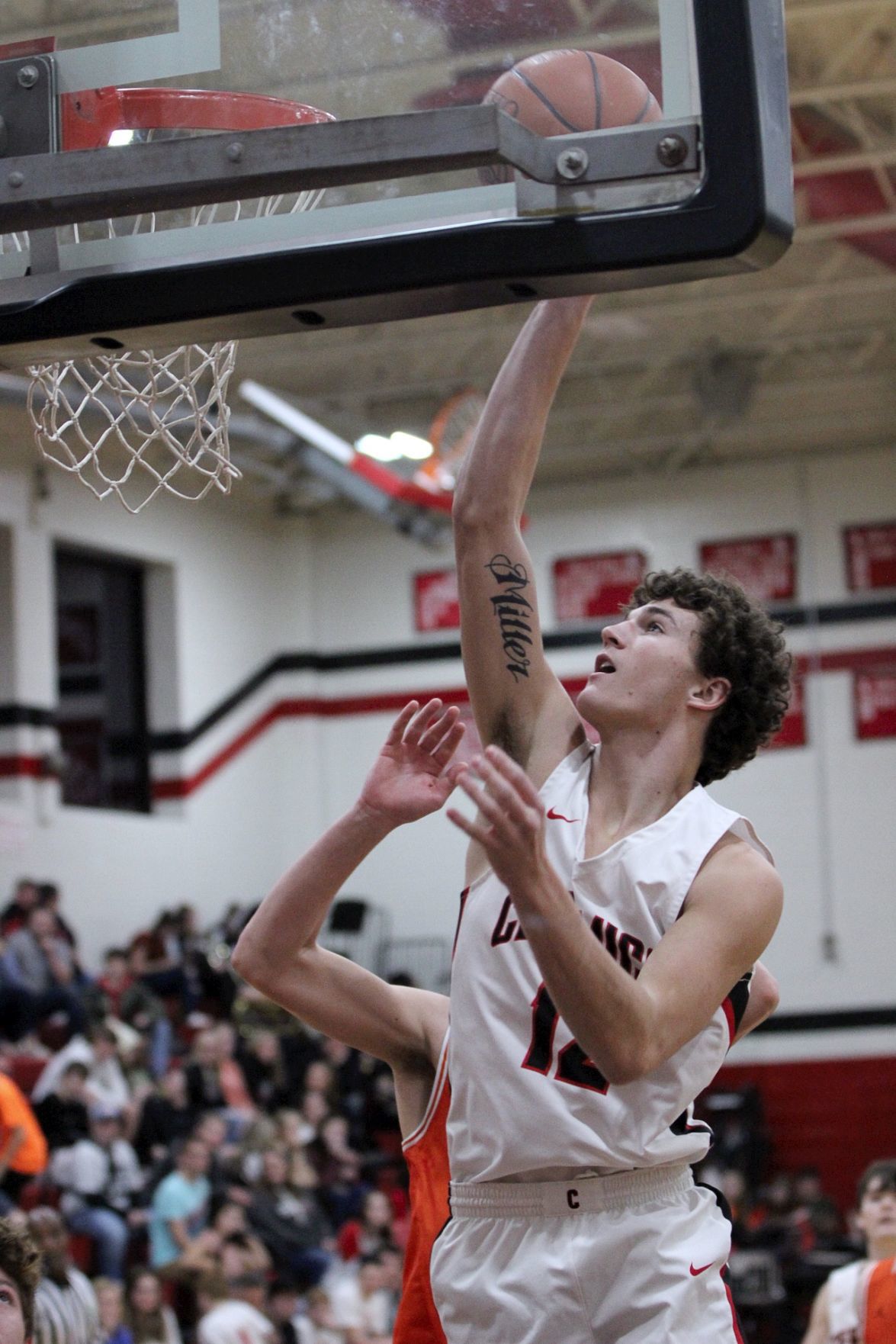 Caden Miller goes up for two in a close win over New Lexington. Miller led the individual scoring of the game with 21 points. 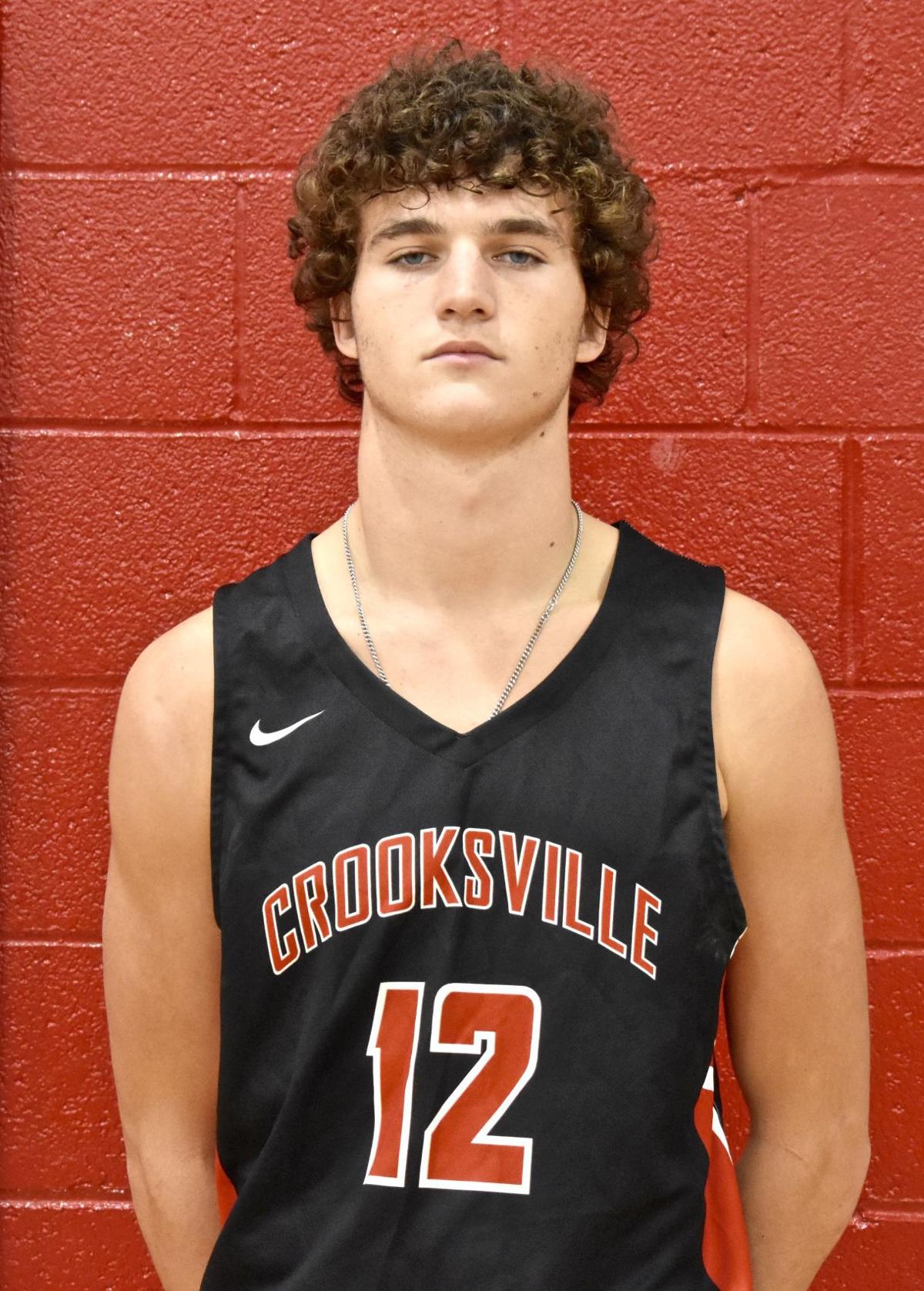 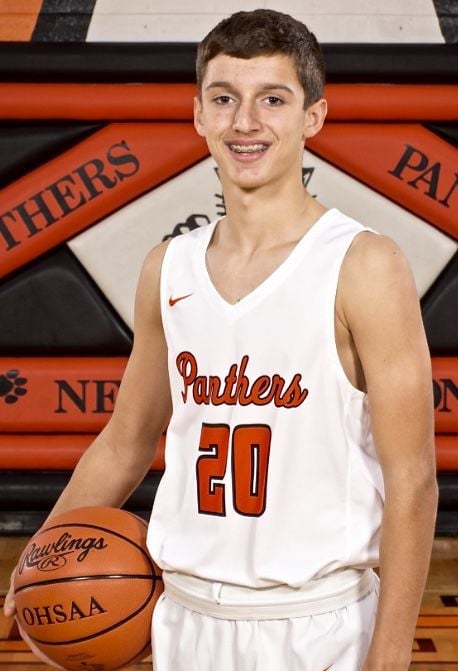 CROOKSVILLE — The Ceramics took their game inside the arc for a 47-40 win over New Lexington on Jan. 10.

Crooksville had no issue coming out on top from the tip-off to get a good lead over the Panthers.

Between Caden Miller and Tyler Rambo, eight points were easy layups for the Ceramics, with another three added from Sparks behind the paint.

Sparks is the usual Ceramics to plow through defenders for umpteen field goals a game, but he took his patience away from the mess of Panthers to get those three points after he claimed one point via a foul shot.

New Lexington split up their scoring from Brady Hanson to Trey Kennedy and Braden Agriesti.

Each had easy layups, but two came from Logyn Ratliff’s successful free throws, but it wasn’t enough to close the gap anymore than 8-12 after the first.

The Panthers brought out more power in the second with Will Stenson getting the lone corner shot.

Along with his two free throws, Hanson was non-stop below the net with four more points from two shots.

Ratliff added one more quick swish inside the arc to total the Panthers’ 11 points before the half.

Miller was undeniably efficient in the second though with an unstoppable amount of field goals to give his Ceramics eight more points, with two from Brayden Cavinee and another three-point drain from Sparks.

At the half, the Ceramics held the close 25-19 lead over New Lexington.

New Lexington finally found their footing after the half to takeover the third quarter.

Two Panthers, Stenson and Lukas Ratliff, were back-and-forth with the swishes from a good distance away.

With their nine points together, the extra two field goals from Hunter Kellogg and Agriesti were just icing on the cake.

Rambo and Miller were stopped a little bit in their drives, but managed to get one field goal each.

Sparks claimed a foul to go one for two from the foul line, and Colt White was back in his routine when he made his regular three-point shot of the game.

The gap was closed to 33-32 with Crooksville still having the lead, heading into the final quarter.

Crooksville’s defense held strong in the fourth and allowed New Lexington to only eight points from Hanson, Logyn, Lukas and Agriesti.

Hanson and Logyn each threw in their layups and Lukas had the lone three-pointer of the quarter.

Agriesti went one for two with his claimed foul to finalize New Lexington’s score at 40.

Crooksville took off in the final quarter with the majority of their points being from the foul line.

Miller was the only one to have points scored via a different shot, but even with his three layups, he still found himself making free throws.

With the seven-point win, Crooksville was led by Miller as the leading scorer with 21 points and New Lexington was led by Lukas with nine points.