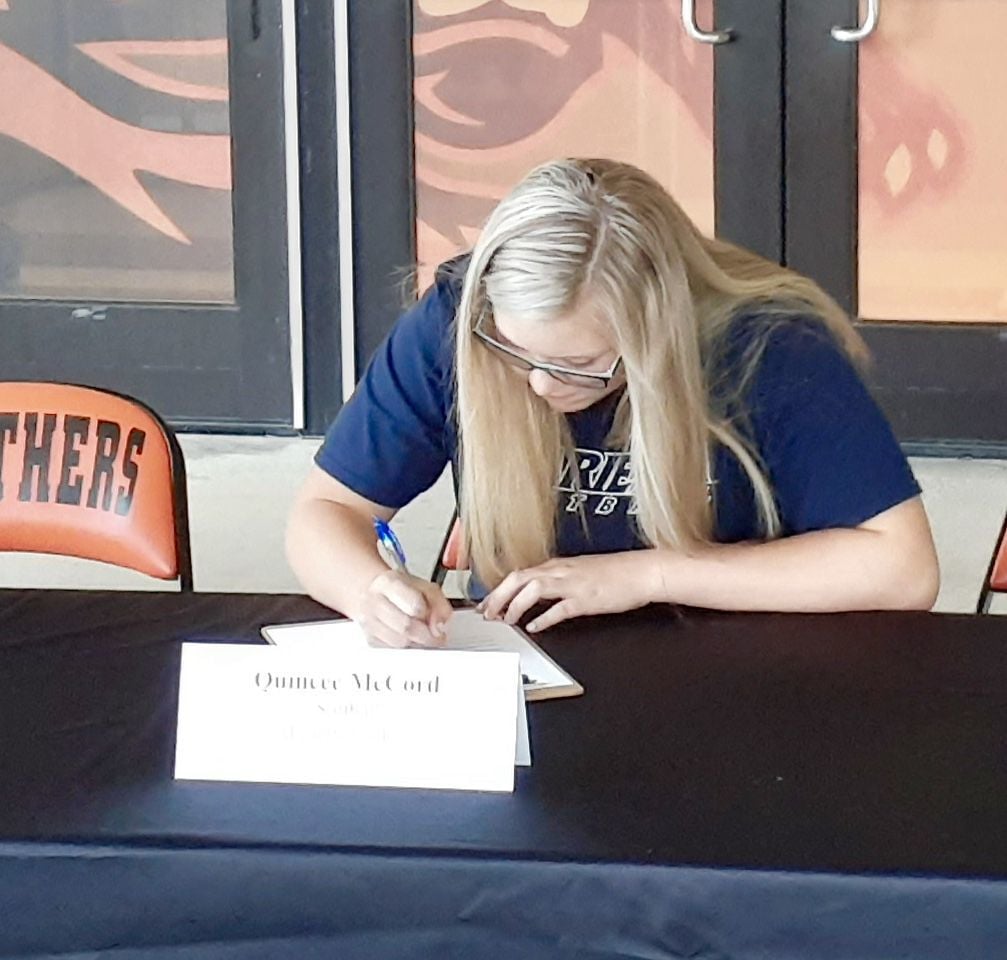 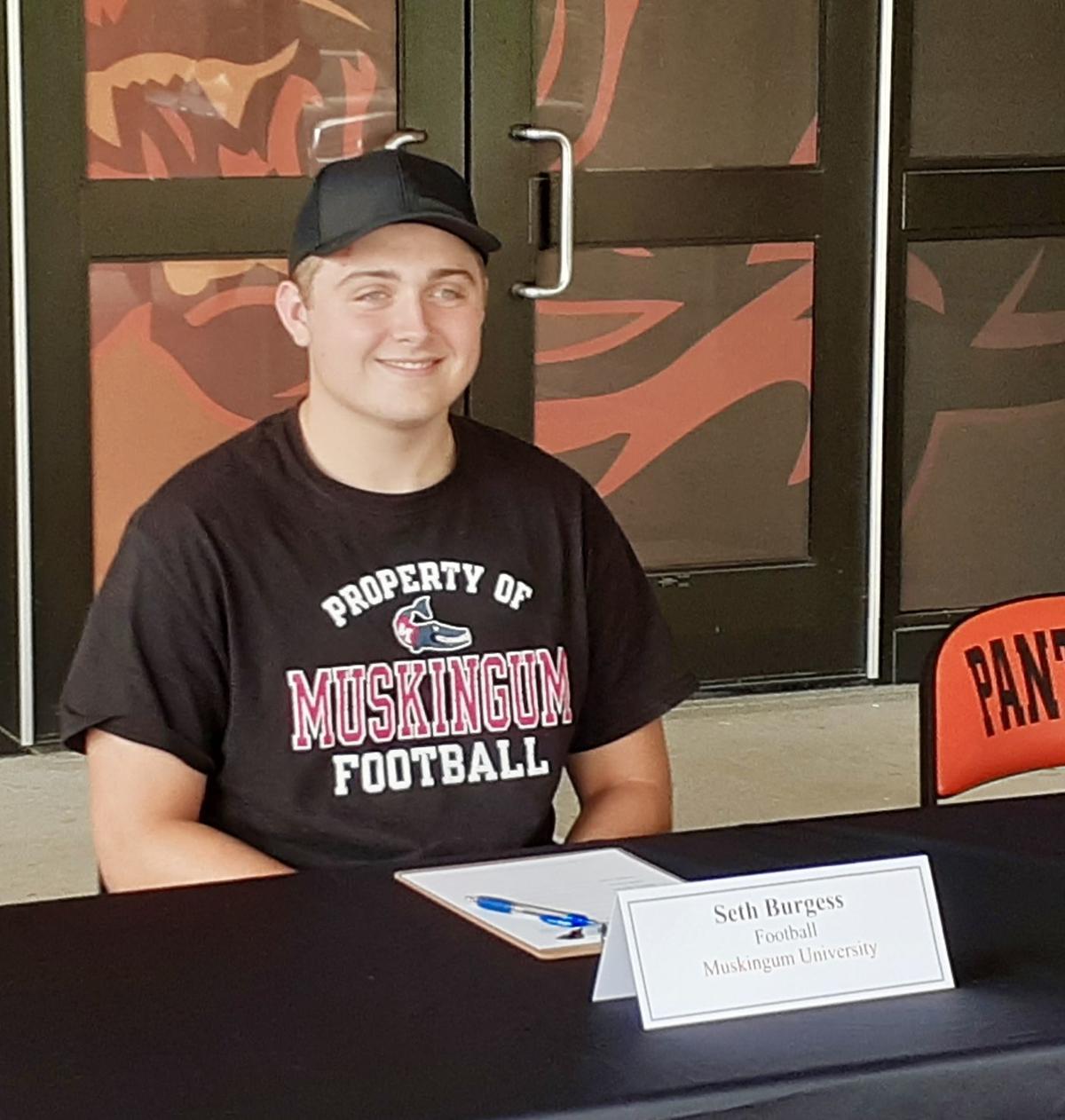 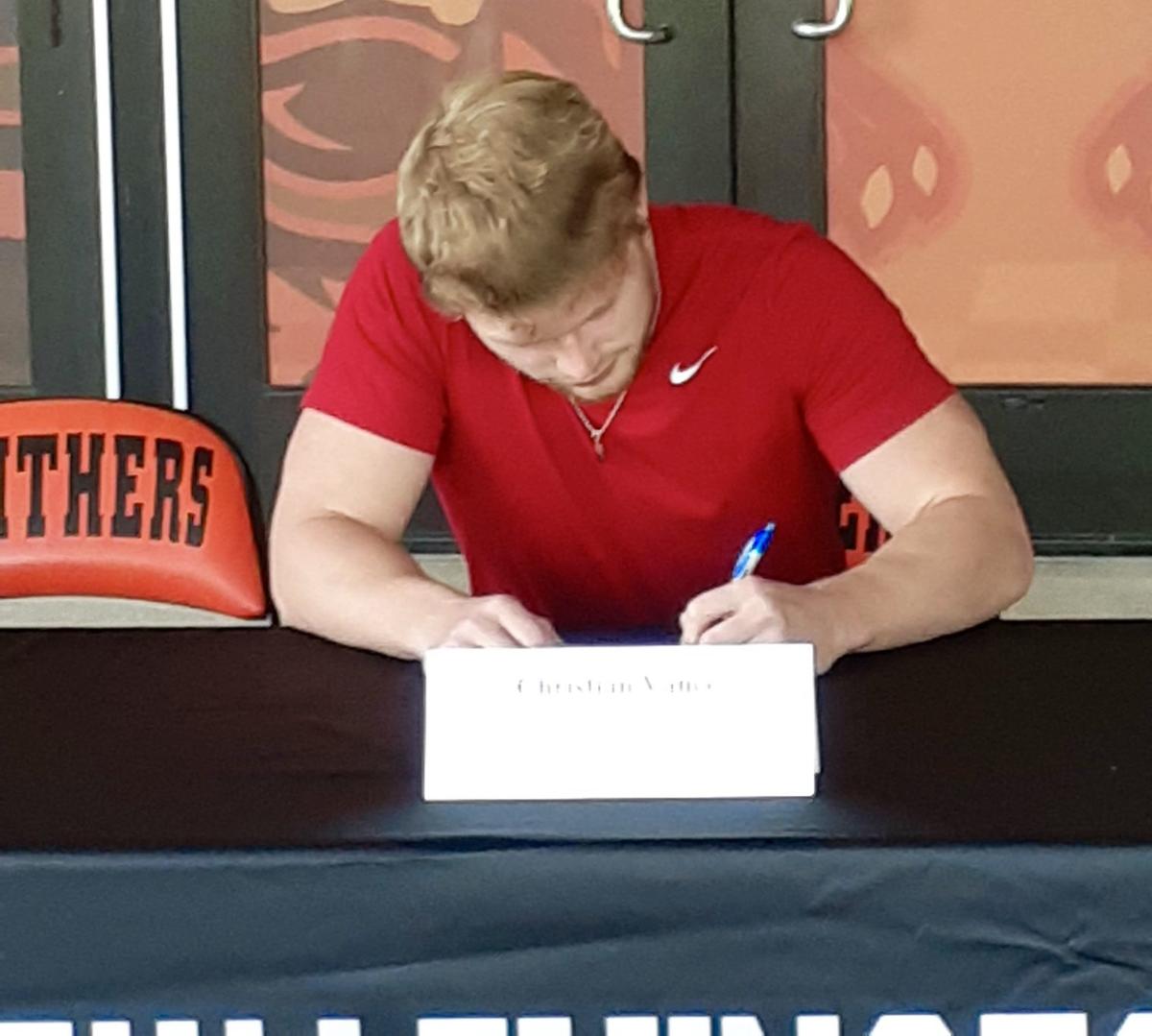 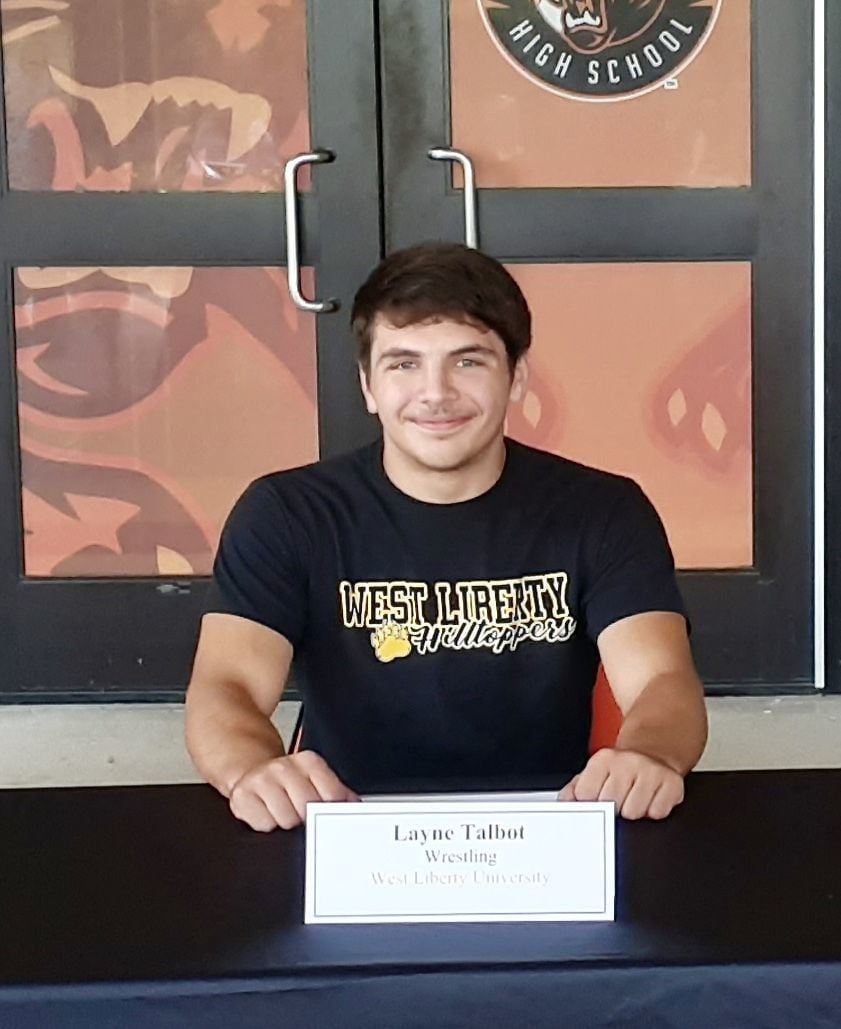 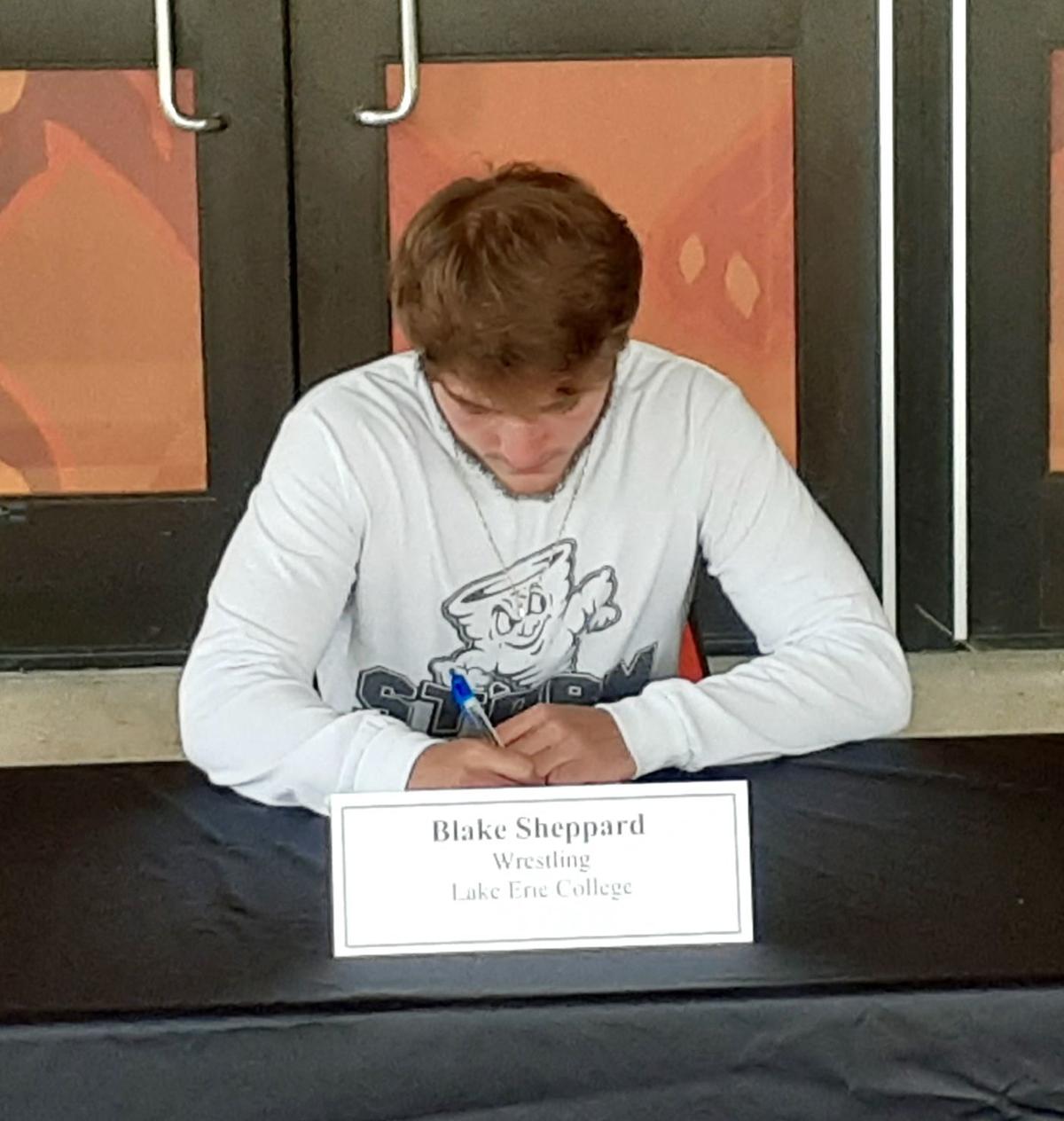 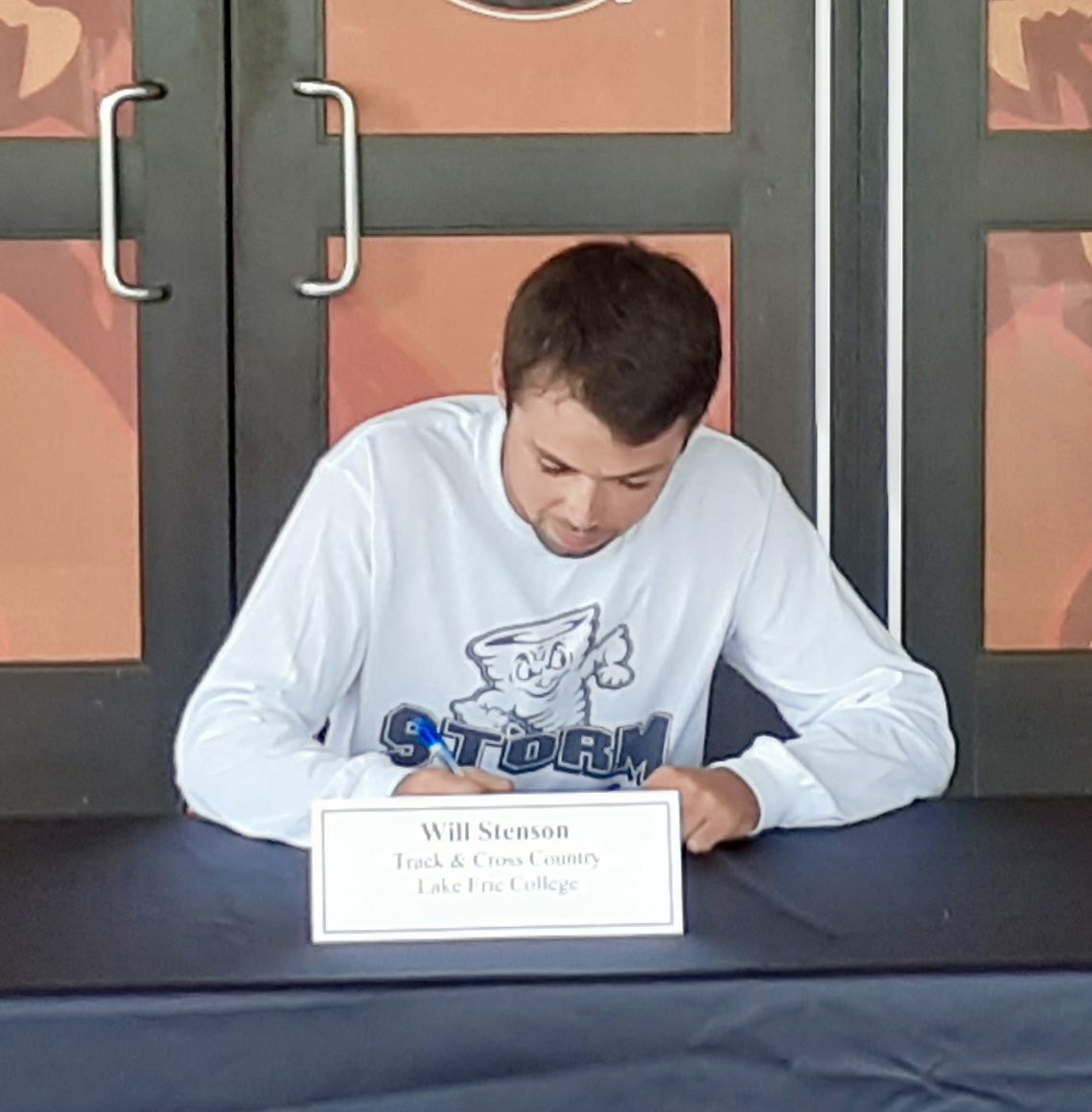 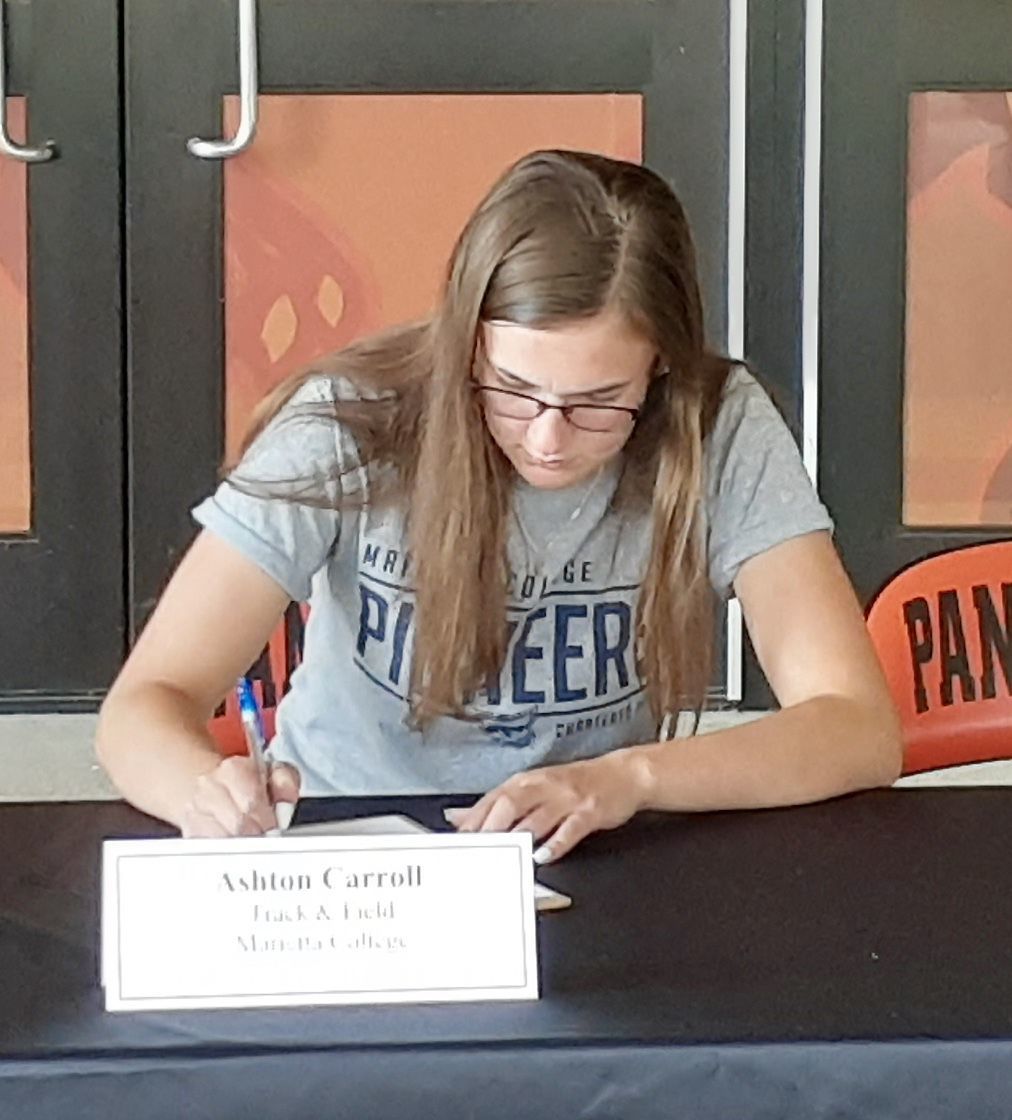 NEW LEXINGTON — After a senior year that ended without expectation, seven New Lexington seniors found their paths to move forward in the athletic world and sign their commitment letters to play at the next level.

McCord has been a member of New Lexington’s varsity softball program for the entirety of her high school career. In her junior season, she was named on the All-Southeastern Ohio District team and First Team All-MVL.

McCord was with the Lady Panthers when they made their way through the brackets in the 2018 season to a sectional title and a district finals visit.

Out of softball, McCord has consistently been named on New Lexington’s Honor Roll list.

She will head to Division III Marietta College this fall to join the Lady Pioneers, under the coaching of Jenn Castle.

Last season, Marietta ended their year’s record at an 18-18 overall tie. They had a 7-11 conference record and a losing streak of only one.

Burgess will be packing his bags and moving to New Concord this fall to join the Muskies on the Division III Muskingum University football field.

Burgess was also a member of New Lexington’s baseball and wrestling teams to become a year-round athlete.

He will be playing under Muskingum legend Erik Ieuter. Although Ieuter is only a second-year coach at Muskingum, he mad his name known with his championship-winning record.

Burgess will be joining fellow teammate, Christian Vance, at MU.

Vance will head to Division III Muskingum as well after his four-year stint on the Panthers’ football team.

In his high school football career, Vance was a two-time Elks Player of the Week, an honorable mention for Division IV All-Ohio, an All-MVL selection, a two-time Southeastern Ohio All-District selection and an MVL All-Star game pick.

Along with football, Vance excelled on the wrestling mat as well and took on opponents in districts this past season.

To be a well-rounded athlete, Vance was on the track in the spring to build up more strength and endurance for his football career.

He took second at districts last season in the hurdles event.

Talbot has been with the Panthers’ wrestling team since he was a freshman and took his career to the top with over 100 wins.

He was sent to districts and regionals multiple times in his career.

Talbot will wrestle under the coaching of Danny Irwin, who is in his second season at WLU this winter.

WLU, with a winning record of 9-8 last season, Talbot will bring his winning mentality he had while being a Panther to the hilltop.

Another wrestling big name at New Lexington will head to Division II Lake Erie to join the Storm.

Sheppard will wrestle under Jeff Breese at Lake Erie. Breese is only the second to be named head coach at LEC.

A big name at New Lexington will also head north to Division II Lake Erie College, but to make his name known on the track team.

Stenson, who has been a rock in all Panthers’ sports, will bring his athletic career to the Storm, under the coaching of Giles Davis.

Stenson has been a part of New Lexington’s winning 4x100 meter relay with Donavin Spears, Bobby Kunkler and Jacob Vance.

Carroll will head to southern Ohio this fall as well to bring her speed to Division III Marietta College.

Carroll made an appearance at the MVL finals with her distance time of 24 minutes and eight seconds and gain a top 30 spot in the league.

Carroll will be running under Jason Davis, who is in his first year coaching at Marietta. He was a previous Division II coach at Lake Superior State before going to Marietta.