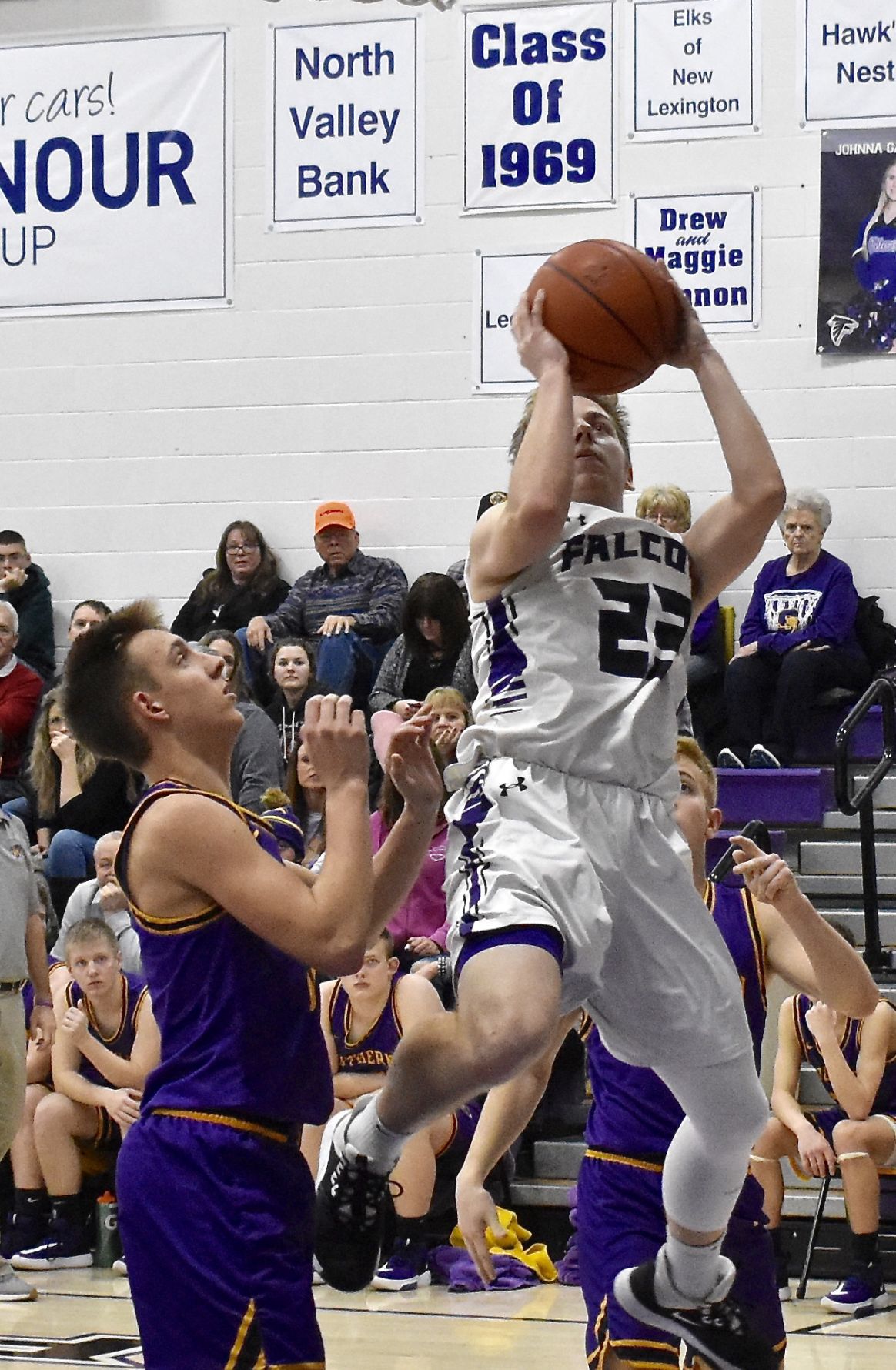 Colby Bartley goes up for the field goal in the second quarter. 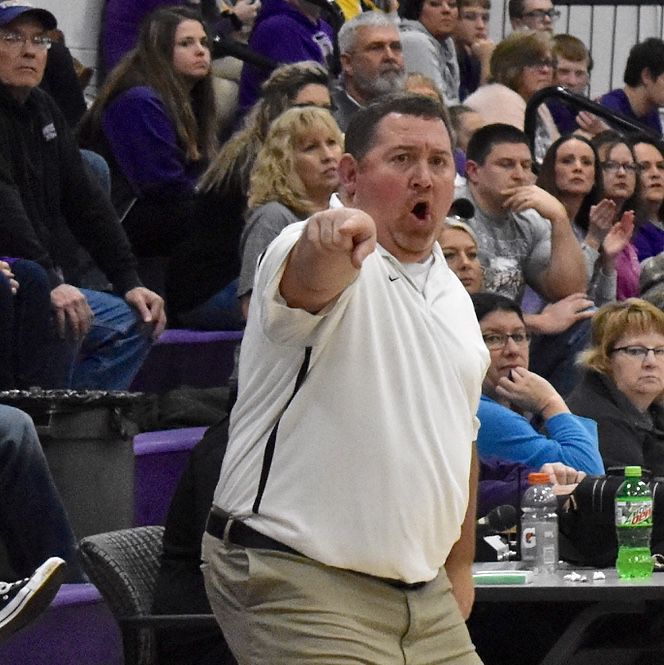 The high-intensity game brought head coach Sean Bartley to his feet with adrenaline. 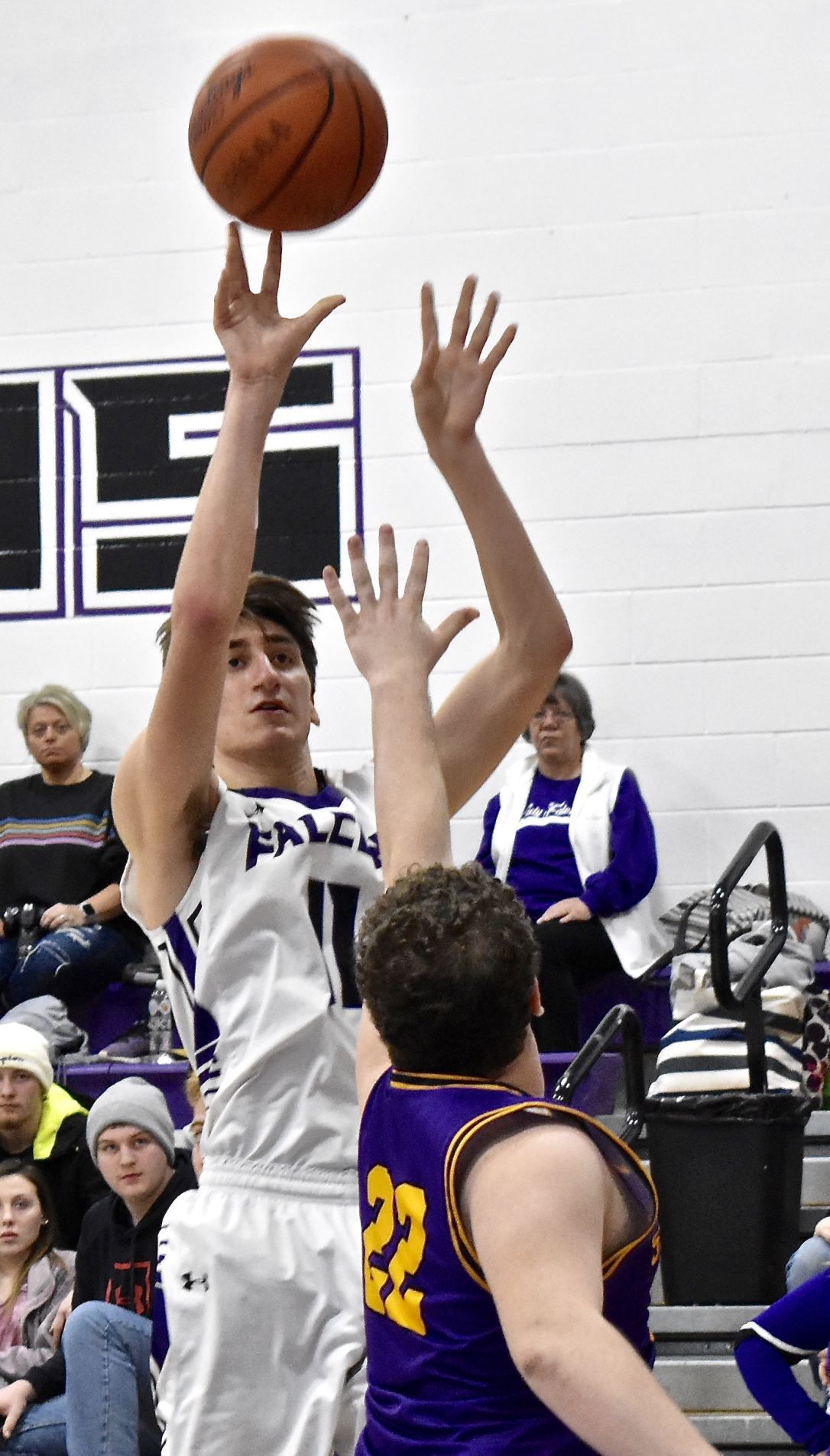 Steven Willison finds room to go for two in the second half.

Colby Bartley goes up for the field goal in the second quarter.

The high-intensity game brought head coach Sean Bartley to his feet with adrenaline.

Steven Willison finds room to go for two in the second half.

CORNING — The Falcons sped through their Senior Night against Southern on Feb. 11 in a fast-paced 55-65 loss for their final home game of the season.

After three seniors were honored: Colby Bartley, Drew Starlin and Steven Willison, all three stepped on the court for the jump ball.

Bartley made the scoring look easy in the first quarter of the game as, right off the bat, tossed up three points from the center of the arc.

Shortly after, Bartley added another three-point drain as he worked around Southern’s defense to get himself completely open for the shot.

The Tornadoes didn’t get any points on the board until 5:12 showed on the clock and they had a field goal.

They began to roll on and close the gap to 10-9, Miller getting all of their points from Bartley.

With a layup, Southern took the lead, 11-10 before Kylan McClain battled back in the score with a three pointer, and then another almost instantly.

After the first-quarter buzzer sounded, Miller was holding the 16-13 lead.

Southern took advantage of their initial-scoring momentum to get their score to 18 on the board.

Miller found Willison on the charity line after a minute of second-quarter play, and with his two shots, the game was tied at 18.

Bartley then began his tricky scoring with a three-point shot, followed by a falling-away layup at 5:15 showing.

Tre McCoy added another beautiful three-point swish, followed by a fade-away shot from Sam Rutter and a three pointer from McClain.

After Miller’s string of shots, Southern had to answer back with a three pointer, but it wasn’t enough fight against Miller’s momentum as the halftime score showed the Falcons leading, 33-27.

Southern is a second-half team, and they made that known as they exceled their baskets and held Miller to only five completed shots, four of which were from Bartley.

Bartley completed a three-point shot with a field goal not even 40 seconds later before Southern took momentum.

He swished one more from behind the arc to get the score to show Miller leading, 41-38, but from then on, Southern led the game.

Bartley added another three-point shot nonchalantly when he brought the ball down to Miller’s basket and found no one open, so he just tossed his chance.

Willison added a backboard field goal for two, but Southern had the one-point lead, 47-46 after three.

The Tornadoes loaded layups in the final quarter, ascending themselves to a lead over the Falcons, 53-48.

Although McClain added a three pointer from the corner and McCoy added a backboard shot, the Falcons were down by 10 in the final minute.

Willison managed to stretch and gain one more field goal, but it wasn’t enough to catch the Tornadoes as the final score showed the 10-point loss, 55-65.

For his Senior Night, Bartley led his Falcons and the game in points with 28. The only one to come close was Southern’s Arrow Drummer with 24 points.