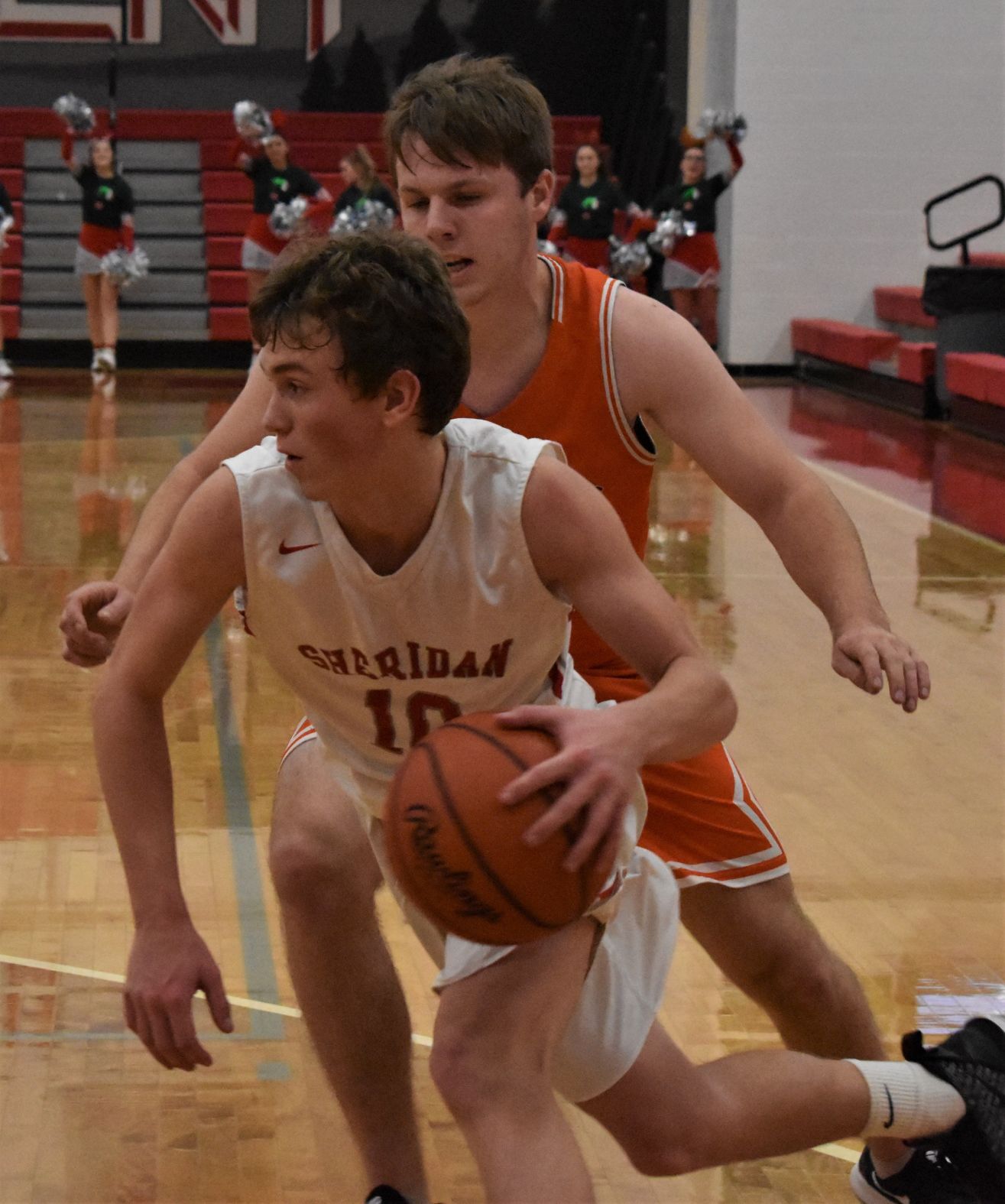 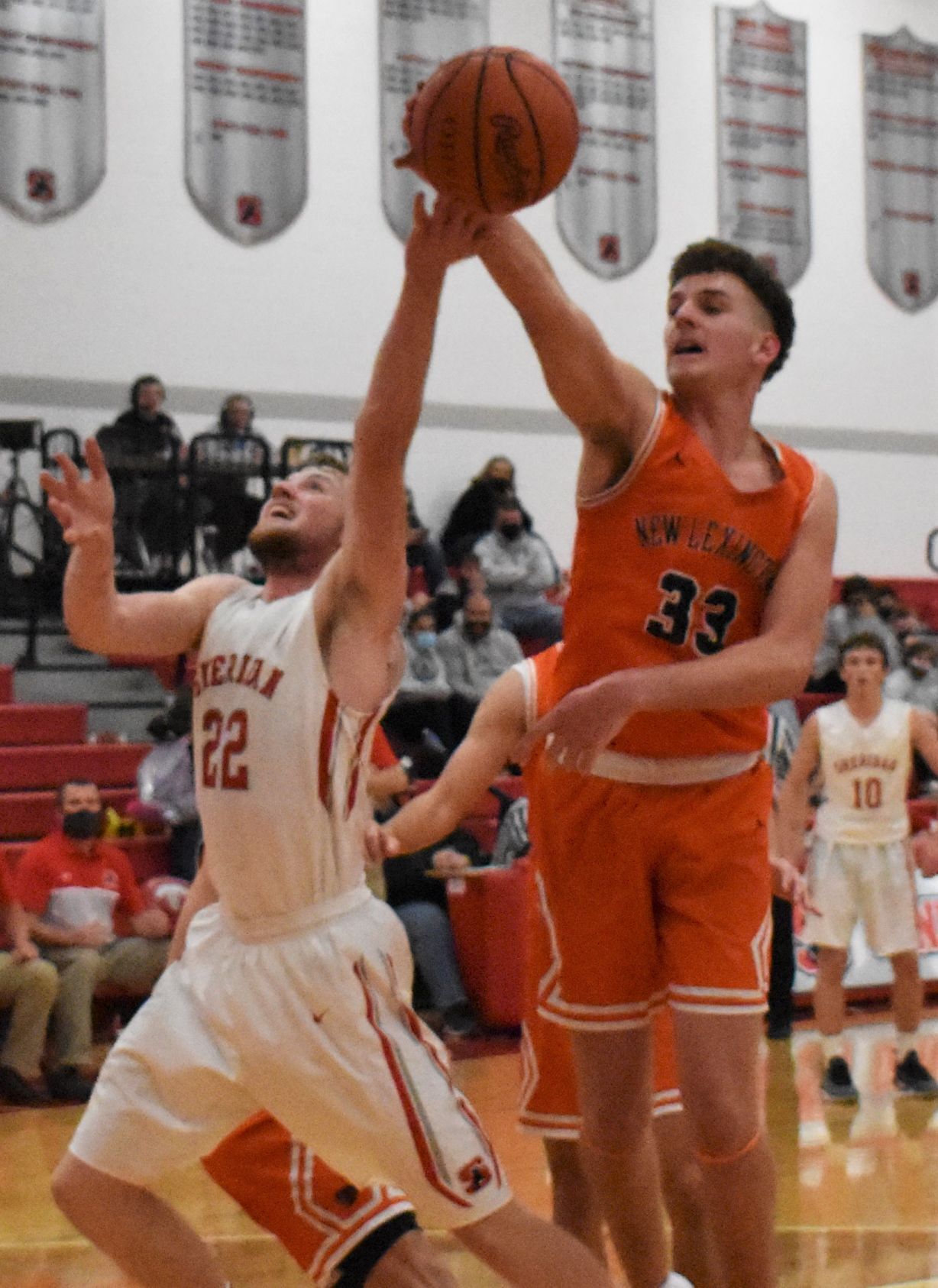 Braden Agriesti swipes away Landen Russell’s shot in the final minutes of play.

Braden Agriesti swipes away Landen Russell’s shot in the final minutes of play.

Sheridan was the one to get their wish on Dec. 15 with a 48-42 overtime win over the Panthers.

It was a tough fight from the very beginning with both teams ending at six points after the first quarter.

The Panthers outscored Sheridan in the second quarter with 11 points from Logyn and Kellogg each getting a layup, along with Agriesti.

Agriesti went 2-2 from the foul line and Brady Hanson had the three-points swish for 17 points at the buzzer.

Sheridan was leaning on Malone for the two layups, along with Russell’s one.

Reed Coconis matched Hanson with a long three-point drain for a 15-17 score, New Lexington leading at the half.

The Panthers came out with more grit in the second half with Logyn leading the way through with two field goals and a three.

His brother, Lukas Ratliff, was below the net with two, as well as Agriesti to keep the Panthers in the lead.

Sheridan fell behind with 24 points totaled in the third from four layups from Russell (2), Malone (1) and Logan Ranft (1).

Malone also went 1-2 from the free-throw line for Sheridan’s 24 score.

The fourth quarter was where one saw two teams fighting on defense to hold their opponents to as little of points as they could.

Sheridan took the upper hand in the fourth quarter to outscore New Lexington 11-7.

New Lexington was at only five points throughout most of the fourth from two layups combined from the Ratliff brothers, along with a foul shot from Lukas.

Sheridan had Russell, Malone, Ranft and Coconis each getting under the net for field goals.

Russell had one, Malone had two, Ranft had one, as did Coconis. Russell also went 1-2 on free throws.

It was 33-35 with Sheridan ahead, but a buzzer over-the-head, one-handed shot from Logyn tied the Panthers at 35-35 for an overtime night.

The final four minutes fell to Logyn holding the offense for his Panthers with his seven points to finish New Lexington’s scoring.

When it came to Sheridan’s offense, how many foul shots is too many? Coconis answered that as he went 7-8 in free throws in the final two minutes of play.

Along with his seven points, Russell went 2-4 with a layup and Ranft added two from below the net as well for Sheridan to take the upper hand in the first matchup between the county rivals in a 48-42 game.