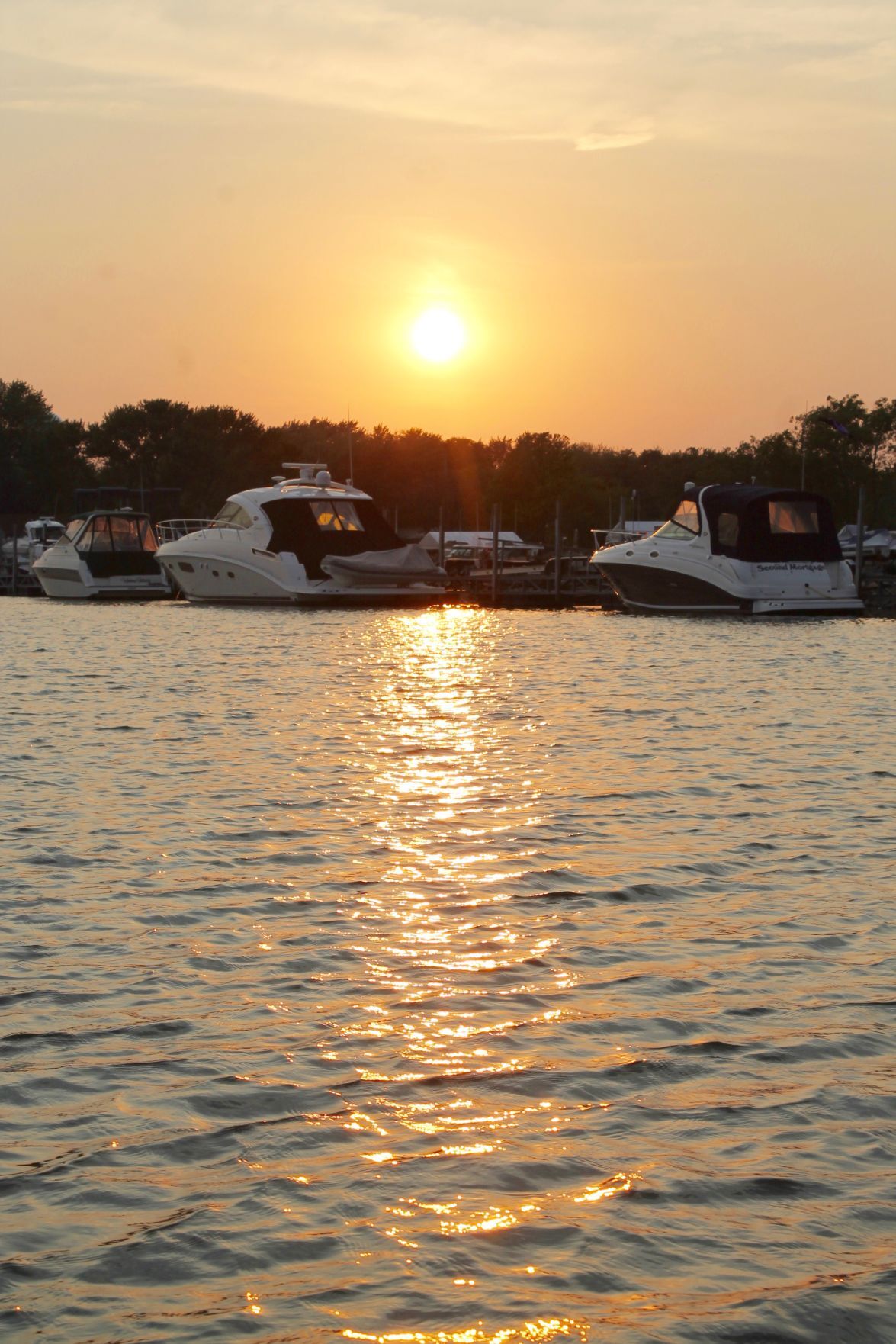 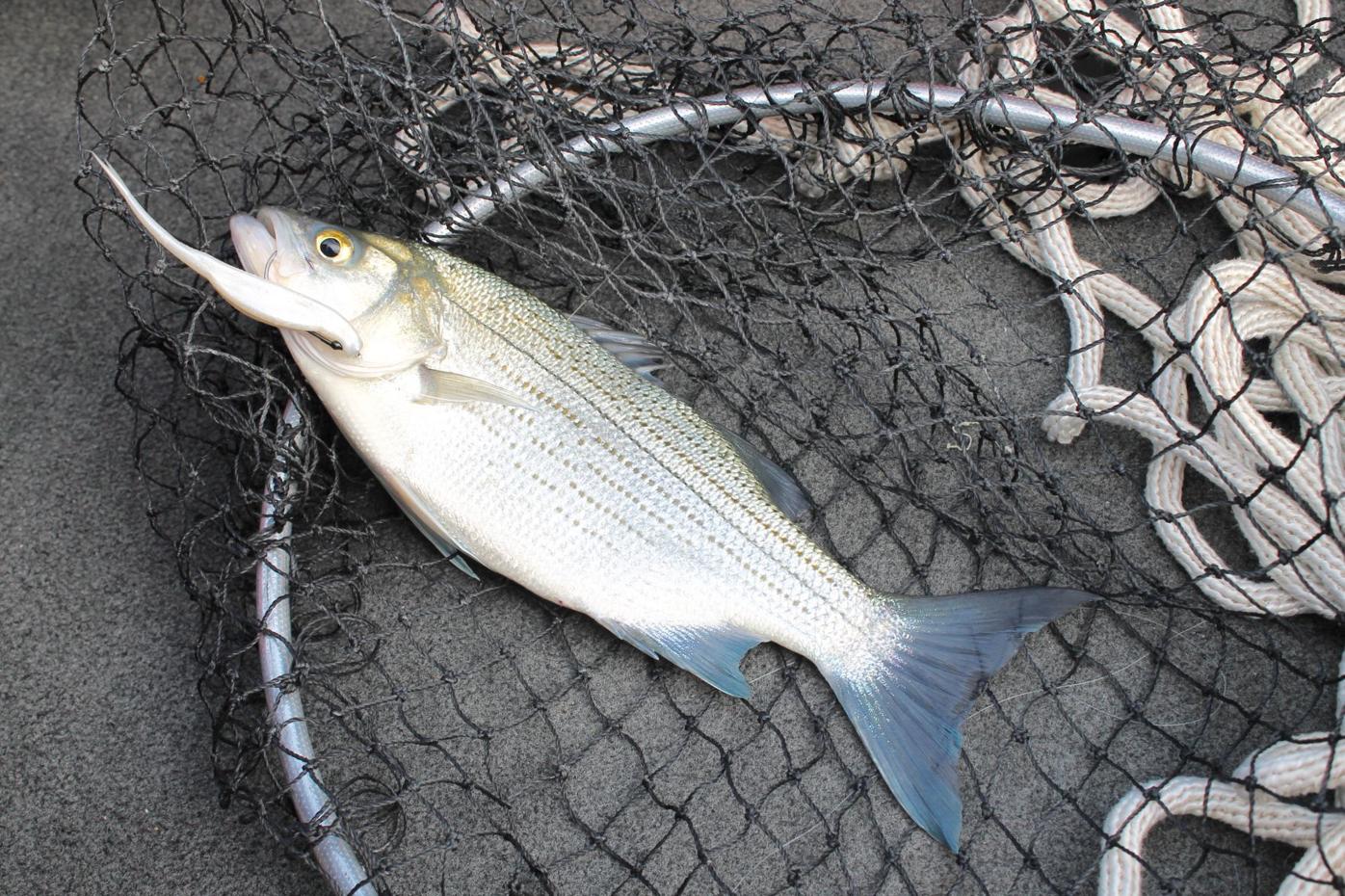 One of the the catch from a day on Lake Erie.

One of the the catch from a day on Lake Erie.

PORT CLINTON, Ohio- After an overnight stay in Kettering, Ohio with Donny and Pam Fortener to celebrate Independence Day, I found myself with a mild to semi-serious hankering for a lack of conversation, house chores, and other land-based pursuits. That recipe usually results in the boat being hooked to the tail of my Tundra with its nose pointed north. On Tuesday morning July 6, I was making a solo run to Lake Erie.

I did extend one last-minute invitation, but the mid-90s forecast for Port Clinton called for a 90% chance of an air-conditioned living room with off-, but mostly on-the-recliner watching Bill Dance reruns for my invitee. My last-minute decision to head for the big lake prevented a pre-dawn blastoff so I rolled from the driveway in time to launch the boat in Lake Erie’s West Harbor by 1:30.

Limited time to fish means limited places to wet a line on water as vast as Lake Erie. I quickly formed a game plan as I idled away from the boat ramp. I decided to fish one spot in West Harbor; the West Harbor breakwalls; the area at the entrance to the Mazurik boat launch; East Harbor’s breakwalls; and finish in West Harbor. My target time to call it a day was 8 p.m. That would have me home sometime after midnight.

Nobody was bass fishing in West Harbor as I motored to my initial spot. Several casts failed to produce so I extended the range for that first fishing destination into an area known as Spinnerbait Bay. That designation is an earned one. Spinnerbaits have always been productive over the massive weed bed in the little bay.

My third cast with the Venom spinnerbait resulted in a determined thump that I hoped belonged to a good fish. When that largemouth bass tail-walked across the surface, hope became reality as the fight ended with my left thumb securely gripped to the lower lip of an 18-inch bass.

Solo fishing adventures are great for solitude on the water, not so much for camera work in the boat. I attempted a photo before I released the fighter who chased away any self-doubts that had begun creeping into my head before that first bite. The bass must have had the same idea as I did because he was the only fish in Spinnerbait Bay that came to play.

The far western breakwall of West Harbor was my next stop. A Ned rig is money on any Erie breakwall, especially that one. The only disappointing part of the next hour was the size of the bass. However, they compensated their lack of length with plenty of fighting gusto. Ranging from 11 to 14 inches, the breakwall bass kept my spinning rod bending on a regular basis.

When I shifted to the east breakwall at West Harbor, I was guilty of breaking a timeless bass fishing rule: “Don’t leave bass to find bass.” Fifteen minutes without a bite convinced me to head to my fourth spot, the weedbed just outside the Mazurik boat launch.

That weedbed is located in eight to 12 feet of water two long casts from the rocky riprap shoreline that protects Blue Water Marina. For some reason, the weeds were not of their traditional thickness, and neither were the fish. I was drifting over the weedbed when the Skeeter neared the point of boulders marking the opening of the boat ramp.

The bite came just as I was turning the nose of the boat in the opposite direction. The heavy bass proved to be a 20-inch walleye full of fight. His fight ended in my livewell, but I decided catching the ‘eye was fun, but cleaning it would be work – at 12:30 a.m.

After releasing the two tasty fillets, I headed for East Harbor’s breakwalls. I was throwing a Zoom super fluke when a crazy white bass hammered the weightless soft plastic bait. I figured I was in for a flurry of silver-sided action, but somehow I had found a white bass who wanted to make his own solo run to Lake Erie.

Time was short when I headed for West Harbor. I caught a few more bass on the breakwall as well as several frehwater drum before proceeding into the harbor. I was determined to find another big bass in Spinnerbait Bay.

No takers greeted me in the harbor. I began returning rods to the storage locker when a good-sized fish broke the surface in obvious snack pursuit. Sounded like a splash belonging to a fish unable to resist a white pearl super fluke. That notion quickly became fact when a chunky bass nailed my bait.

As I unhooked that 17-inch bass, a quick glance at my cellphone showed the time as 8:02 p.m. I resisted the urge to keep casting. No better way to finish a fish tale than with a last cast bass. However, I need to make one more cast before I unhook you.

I did not call Mark Hill for this last-minute adventure because I knew he was involved with a family issue. Had I called Mark, I would have learned that his father passed away on July 4. We had just made our first trip to Lake Erie two weeks prior, and Mark had told me about the health difficulties his father was facing.

Mark, you were a good son to your father, and you remain as good a friend as I could ever hope to have. When the time is right, we’ll take your healing process to the water. Until then, my friend, know my prayers are with you and your family.