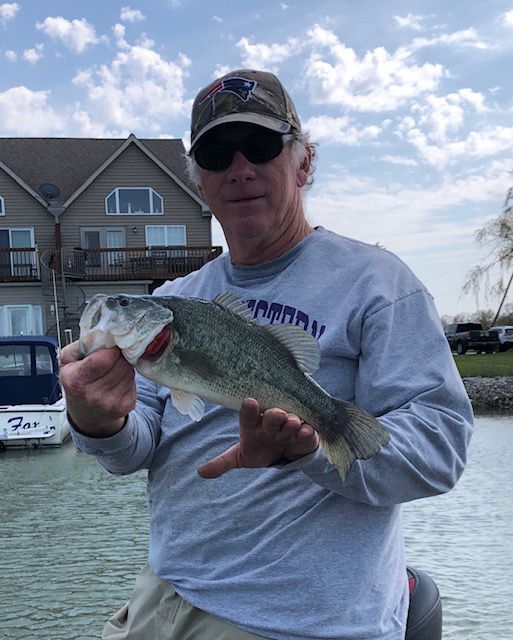 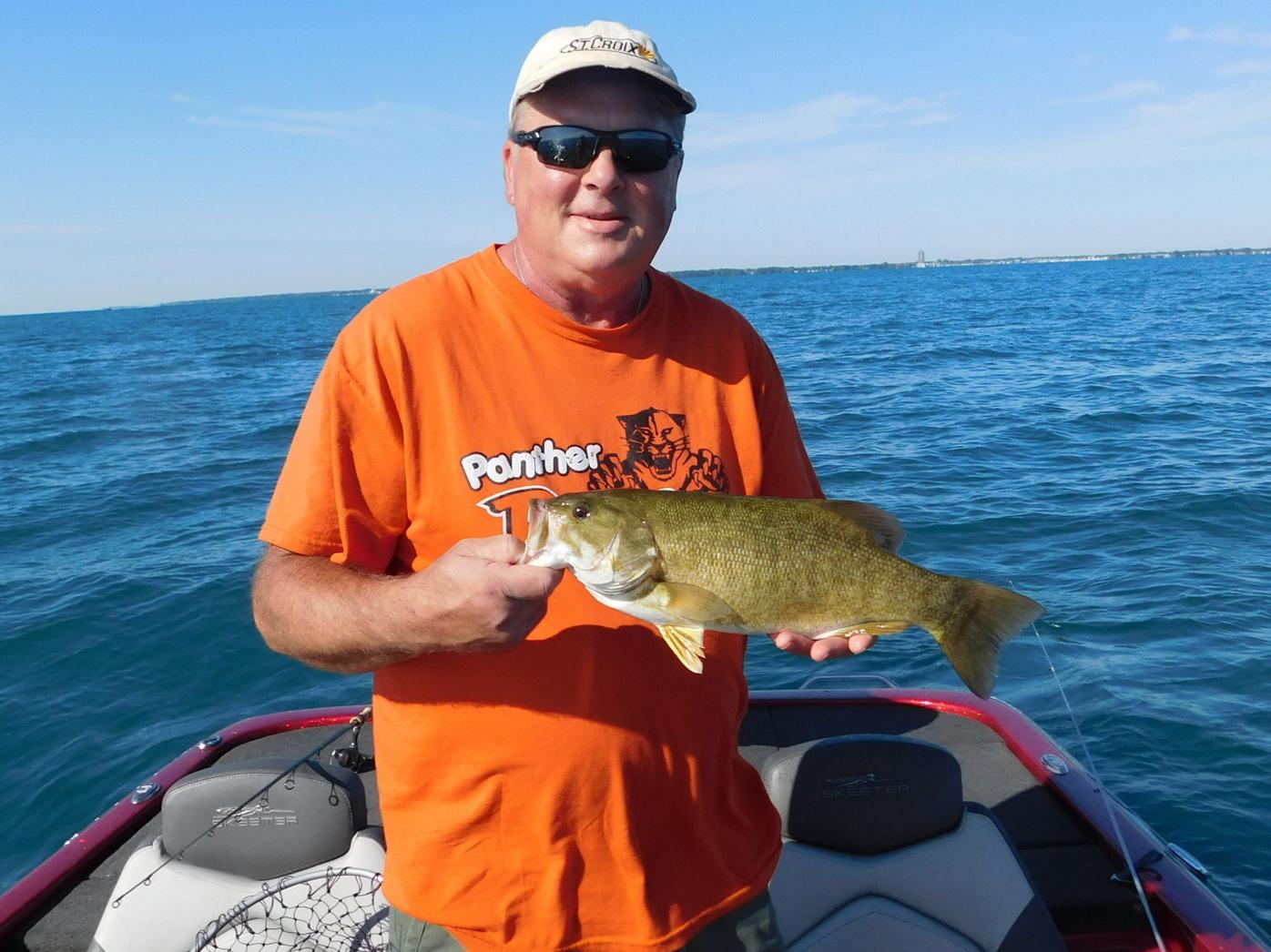 Prior to being rehired at The Perry County Tribune on Aug. 31, I had the freedom to fish anywhere in North America unrestricted by COVID-19. Lake Erie, Vermont’s Lake Champlain and J. Percy Priest Lake in Tennessee are some of the places where I dragged my Skeeter bass boat this summer.

By the time August arrives, bass fishing can be extremely slow. However, bass swimming just north of Ohio can still be caught. With that premise in mind, Mark Hill and I headed for Lake St. Clair near Detroit, Michigan for two separate August fishing trips. While the August bass fishing there is not on par with fishing in May or June, we enjoyed reasonable success on our first three-day angling adventure.

Fishing depths down to 19 feet, we used two techniques the entire time. Alternating between a drop shot and a Ned rig, we were able to catch the fish that we found on my Lowrance unit. We used Yamamoto shad shaped worms on the drop shot set-up. Any color worked as long as we dipped the tail in chartreuse dye. The best color with the Ned rig was green pumpkin goby. Our best bass measured 19 inches, and we had several that size. Spinning tackle with a fluorocarbon leader attached to 10-pound braided line was our primary rod and reel outfit for this finesse style of fishing.

Using electronics to find and catch the bass in the huge expanse of Lake St. Clair was especially fun for us. Fishing shallow water cover in our local lakes does not require the use of electronics, but summertime bassing at Lake St. Clair demands it. While I am far from being adept with the use of these fish finding tools, it’s really fun to see fish on a graph, cast to it and then catch that fish.

While our trip in early August had plenty of fish catching action, our second effort produced nice, relaxing drives through downtown Detroit, but very little in the way of catching bass. Let me put it this way… the best thing we landed was the lunchtime cheeseburgers at Ken’s Marine. We started fishing on the Tuesday we arrived in St. Clair Shores. By the time we stopped to buy a fishing license and traveled to the boat ramp on Crocker Avenue, the afternoon had reached the 3 p.m. mark.

Despite a hot tip we had received as where to fish and the assistance of two local anglers at the boat ramp, we failed to land a single bass. We decided to take a break for dinner around 5 p.m., so we headed for the ramp. That’s where we finally caught up with Tony Yancey, a full-time bass guide on St. Clair. We had spoken several times over the last two years via phone calls, but had never met.

Tony gave us a handful of his favorite lures and shared a few spots we could try the next day. Unfortunately the zero percent chance of rain for Wednesday forecasted on the previous Monday had transformed itself into a 70 percent chance of heavy storms for most of the day. Instead of flinging drop shots, we were confined to the camper until 4 p.m. We trailered the boat to the Harley Ensign ramp on Anchor Bay, but the hot bite in Anchor fizzled into three hours without a bite.

I finally caught a decent smallie while Mark caught a smallmouth and a largemouth bass just before darkness descended upon us. The desire to avoid our own cooking led us to the Jet Pizza Shop on Harper Avenue where we landed the second best catch of the week, an extra large pizza with peperoni and sausage.

Our final day came without rain but Mother Nature gave us a 15-19 mile per hour wind from the southwest that transformed the offshore area we fished into a very unforgiving roller coaster of a lake. Two hours of no bites except from the flies convinced us to fish in calmer waters.

On our final stop before heading home, I finally caught three fish. A smallmouth bass fell for a Ned rig, while a largemouth bass and a pike hit my chatterbait. I don’t think Mark ever had a bite that last day. Our three days of interrupted angling had produced 10 bass. “The Bassmaster Elite guys caught them all over the lake last week!” groused my fishing buddy. Obviously Mark and I are a few calibers shy of being professionals.