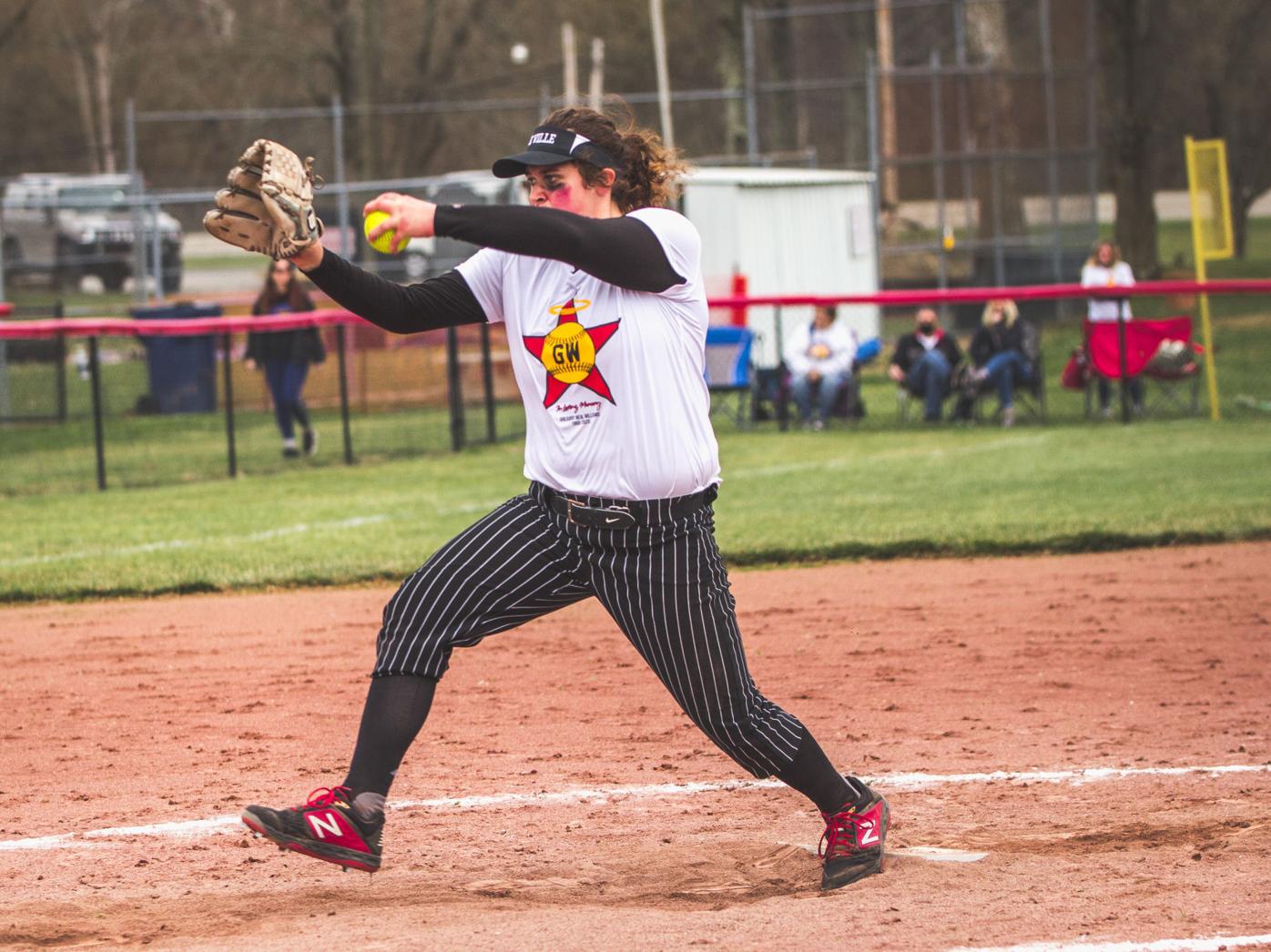 McKenna Headley in her windup. 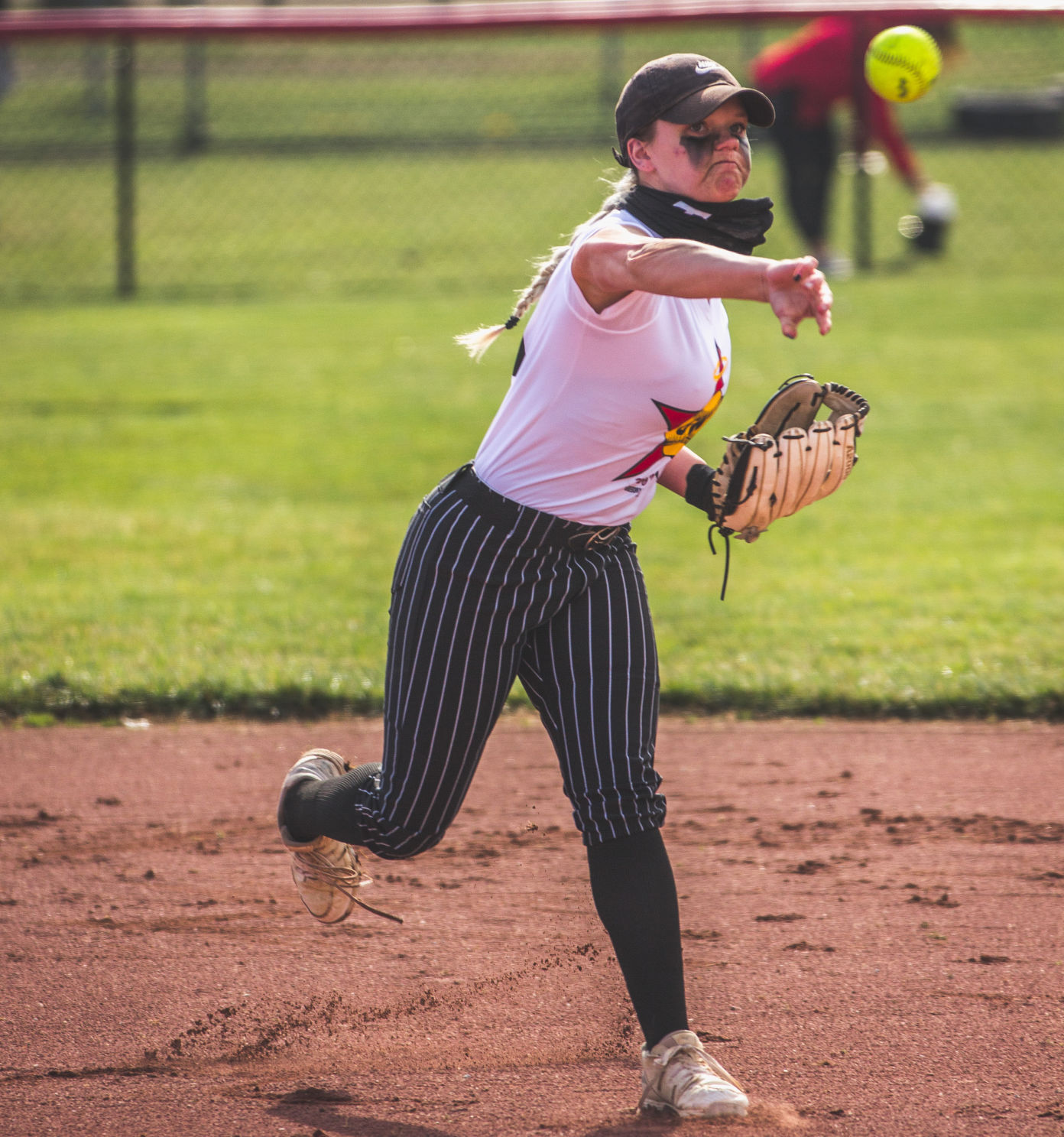 McKenna Headley in her windup.

With both teams wearing custom jerseys with Coach Williams’ number 10 on the back, they lined up on the first and third basepaths for a pregame ceremony. Coach Williams’ three daughters Ashlee, Alyson and Alanah threw out the first pitch.

As soon as the action started, Crooksville wasted no time getting on the board in the bottom of the first, as Logyn Chamberlin scored on a Grace Frame single.

Then in the bottom of the third Chamberlin doubled, and Lacie O’Neal drove her home with a single. Right after, Frame launched a two-run moonshot to double the Lady Ceramics lead at 4-2, where it would stay for the rest of the game. Frame had three RBIs and Chamberlin scored two runs in the contest.

In the second game of the doubleheader on a sunny Saturday afternoon, Crooksville picked right up where they left off, as Chamberlin scored on an O’Neal RBI single. That would be the only run the Lady Ceramics could muster off of Maysville’s Olivia Pfiefer, however, despite having nine hits in the game.

The Lady Panthers used the late innings to their advantage, as Kaityn Hobson hit a solo home run in the top of the sixth to break the deadlock and put the visitors up 2-1. Then in the top of the seventh, Emily Paul scored on a Crooksville error, and Shayann Havens hit a three-run double to blow it open and take game two, 6-1.

Freshman Gracie Peck went 5-plus innings for the Lady Ceramics, giving up two earned runs on five hits with six strikeouts. Chamberlin had two doubles and a single, and O’Neal had two singles to lead Crooksville’s offense.