For the fourth season in a row, the Lady Generals have the MVL title. 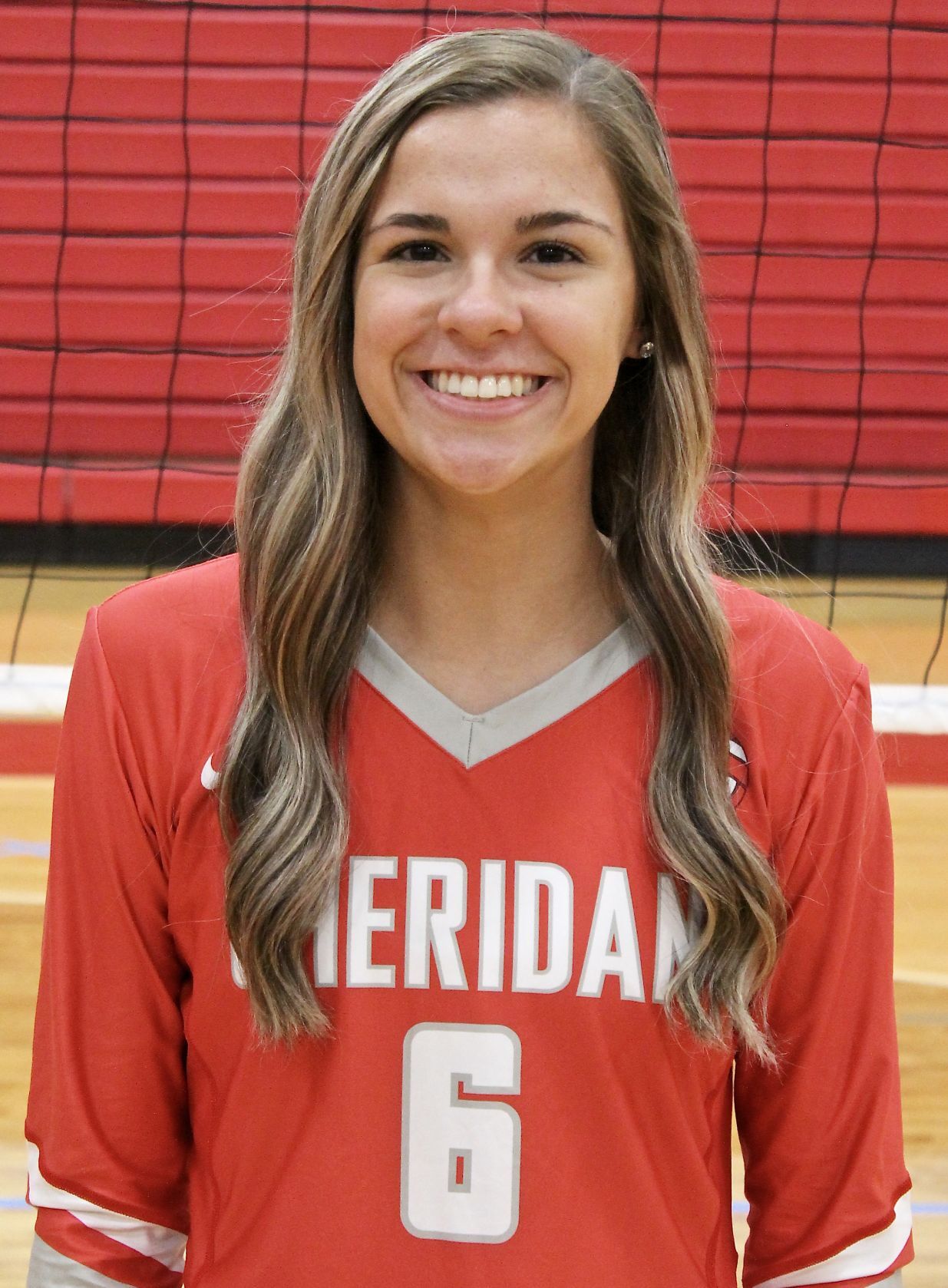 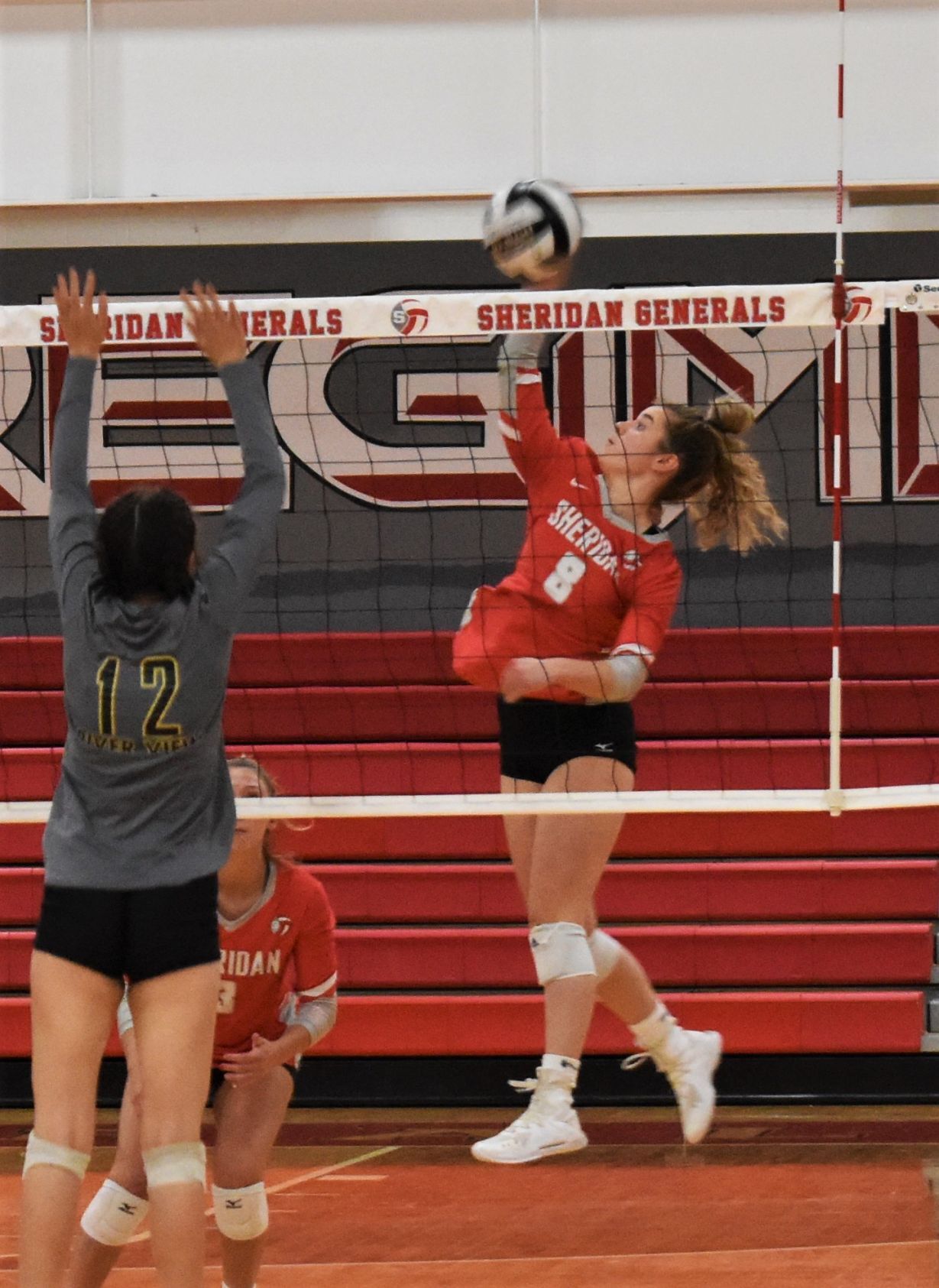 Brooklyn Heller goes for the outside kill in the second set.

For the fourth season in a row, the Lady Generals have the MVL title.

Brooklyn Heller goes for the outside kill in the second set.

THORNVILLE — Sheridan volleyball was on the brink of their fourth MVL title heading into Glen Hursey Gymnasium on Oct. 13, and after a quick three-set victory, they had the four-peat.

The Lady Generals’ offense was at the top of their game to get the first set to go by quickly, so they could set the pace for the night.

The Lady Generals took the first set in a 25-11 victory, not giving River View much time to gain any more points that were defended by Conrad, Heller or Clare Finck.

River View got some luck in the second set with a lead over Sheridan that they held until an attempted kill from the Lady Black Bears went out of bounds.

Cassie Amore added in a kill and Heller added an ace for Sheridan to gain the 14-8 lead by the first timeout.

Dupler started another round of kills, getting two in a row, then adding in another before Heller killed for the 21-12 lead.

Ali Bennett, in the back row, dove down for a dig to keep Sheridan’s defensive show primed.

Sheridan finalized the second set win at 25-14 with a hard hit from Conrad that was not returned.

Dupler’s offensive smacks continued into the third set to start off giving her Lady Generals the first point of the set.

The Lady Generals kept their defense strong with block at the net from Dupler and Stinson.

Stinson added a hard hit in as well for Sheridan to have the 6-4 lead.

Their defense proved effective over River View in a volley that was the test to see which back row could time up the kills better.

Between Conrad and Ally Perkins tipping over points, an 18-10 lead came quick.

The Lady Generals finalized their third-set victory and MVL title with a hit from Heller that was not returned for the 25-13 final.

Sheridan’s junior varsity took the two-set win to keep their undefeated MVL record with set scores of 25-10 and 25-14.