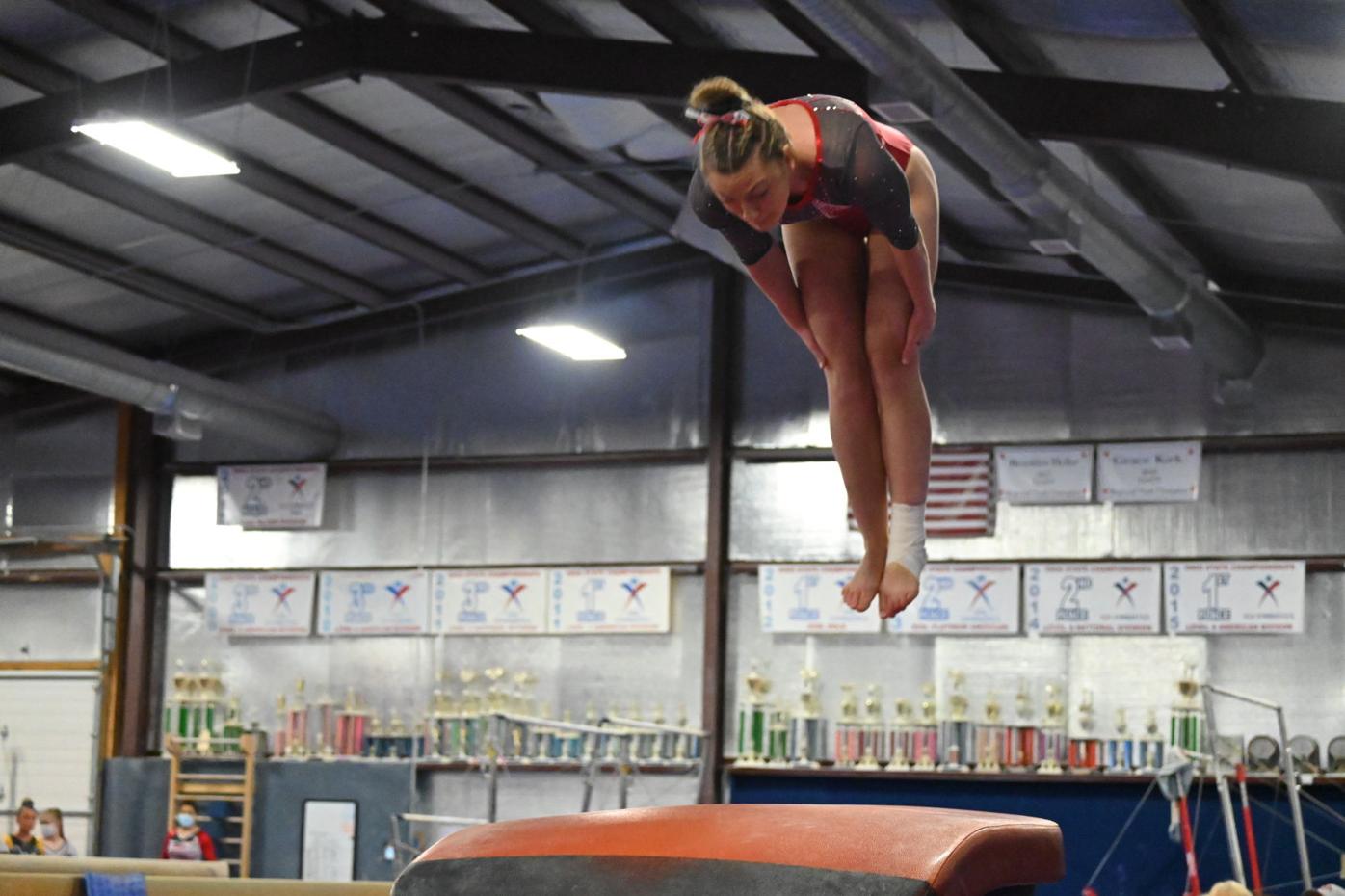 Rylee Rodich executes her vault routine at All Starz Gymnastics on Feb 6. 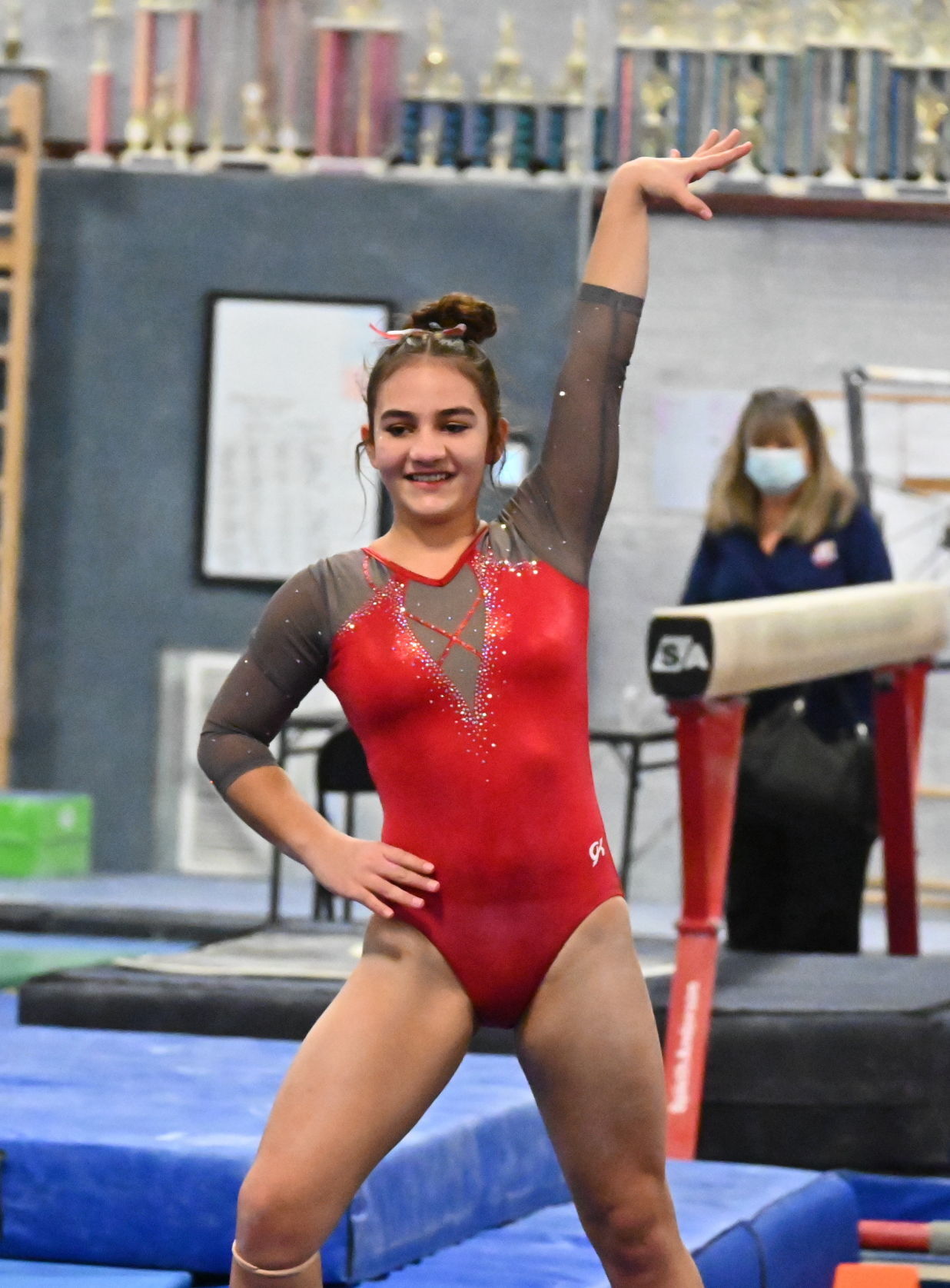 Rylee Rodich executes her vault routine at All Starz Gymnastics on Feb 6.

THORNVILLE – In the only home meet for the Sheridan gymnastics team, the Lady Generals held down the fort and took first against Tri-Valley and Upper Arlington on Feb 6.

Sheridan started the meet out on the vault, and saw strong performances from Rylee Rodich, Keegan Hogan, Kerris Shonk and Addyson Boyer. Rodich led the way with a score of 9.15, good for second in the event. Hogan placed third with a score of 9.0, Shonk fifth with a mark of 8.35, and Boyer eighth with a solid 8.05.

After the vault, the Lady Generals moved on to the bars, which saw their top four scorers from the vault also take the top four places in the bars. Rodich, always consistent, placed first with an 8.85. Hogan, Boyer, and Shonk followed suit and locked up places 2-4 in that order.

“Rylee is an extremely consistent competitor and we can always count on her to put up big scores on each event,” Coach Elizabeth Sprout said.

After the bars, the girls transitioned to the beam. Well, it’s called the beam, but it may just need to be renamed to the Keegan Hogan show.

The Sheridan standout executed a near-perfect routine to earn a score of 9.4, tying the school beam record. This also helped her obtain her highest all-around score in high school gymnastics.

“Keegan looked like a rock star and had an amazing meet,” Sprout said. “She tied the school beam record and got her highest all-around score ever in high school gymnastics, and she didn’t even hit a great bar routine like she is capable of doing.”

The rest of the girls saw Keegan’s performance and took note, as five Lady Generals placed for the event. Following Hogan, Rodich took second with an 9.35, Shannon Hogan earned third with a 9.0, Shonk was fourth with an 8.9, and Boyer eighth with an 8.5.

“Shannon is starting to gain confidence, and it is showing with her beam scores going up each meet,” Sprout said. “We are getting new skills on bars to push that score up as well.”

The final event for Sheridan was the floor, and the Lady Generals kept the high scores coming. Hogan and Rodich took first and second with scores over the 9.0 mark, and Boyer and Shonk placed sixth and eighth.

Those all-around scores put the Lady Generals on the top of the team scoreboard, taking the competition with a total score of 140.15. Upper Arlington was second with a score of 131.50, and Tri-Valley took third with a mark of 124.30.

Coach Sprout was pleased with the girls’ performance, and feels they have the momentum going into the postseason.

“I thought overall the girls did really well,” Sprout said. “They achieved their highest team score of the season on Saturday. The score can still go up, and I expect to see it go up more still because even though they did very well, it still was not every individual’s best performance. The whole team has different strengths and all the pieces are falling into place at the right time, now we just need to stay healthy and keep improving as we enter the post season.”