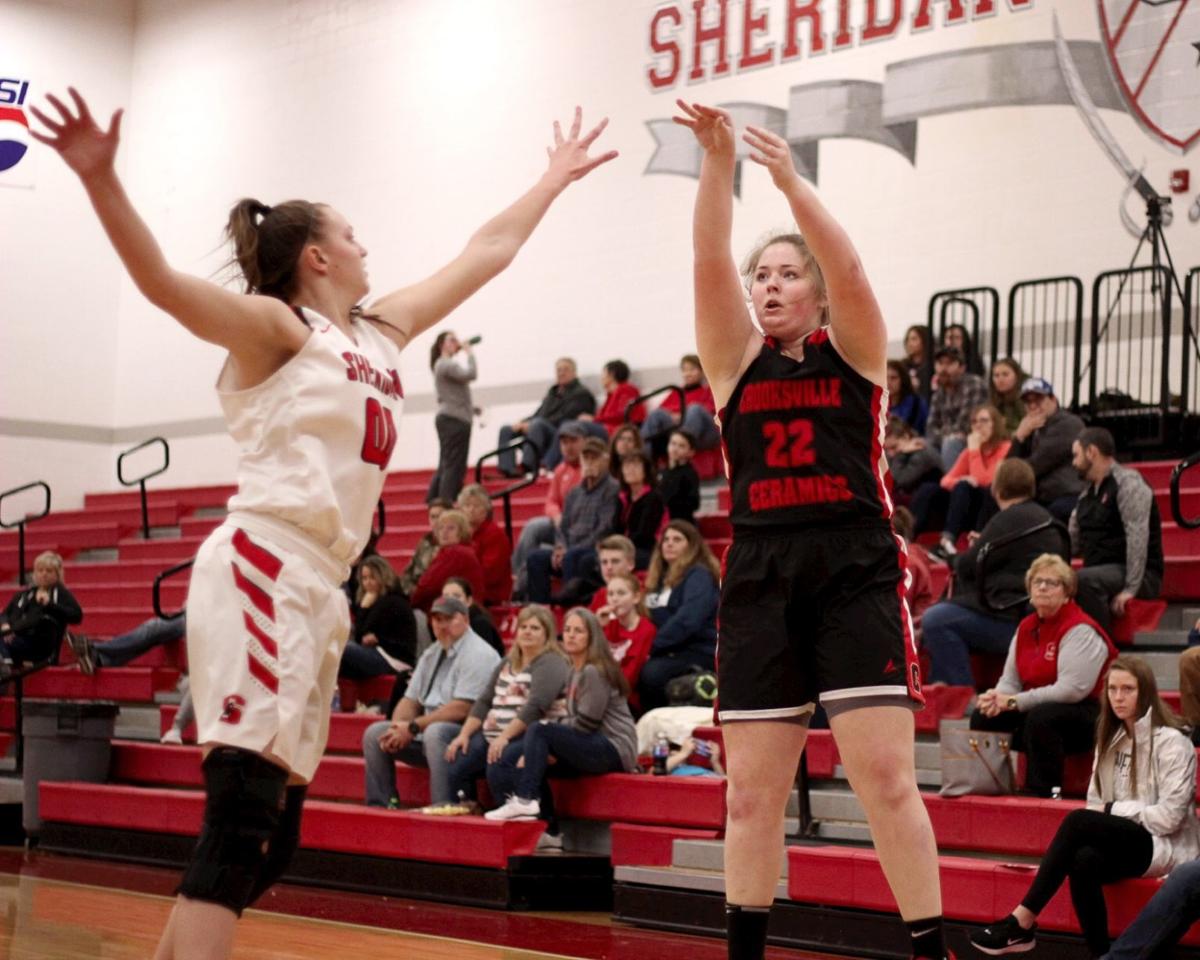 Grace Frame goes up for the two-point shot while Sheridan’s Faith Stinson attempts her block. Frame was Crooksville’s leading scorer with 12 points and Stinson totaled four blocks for the day. 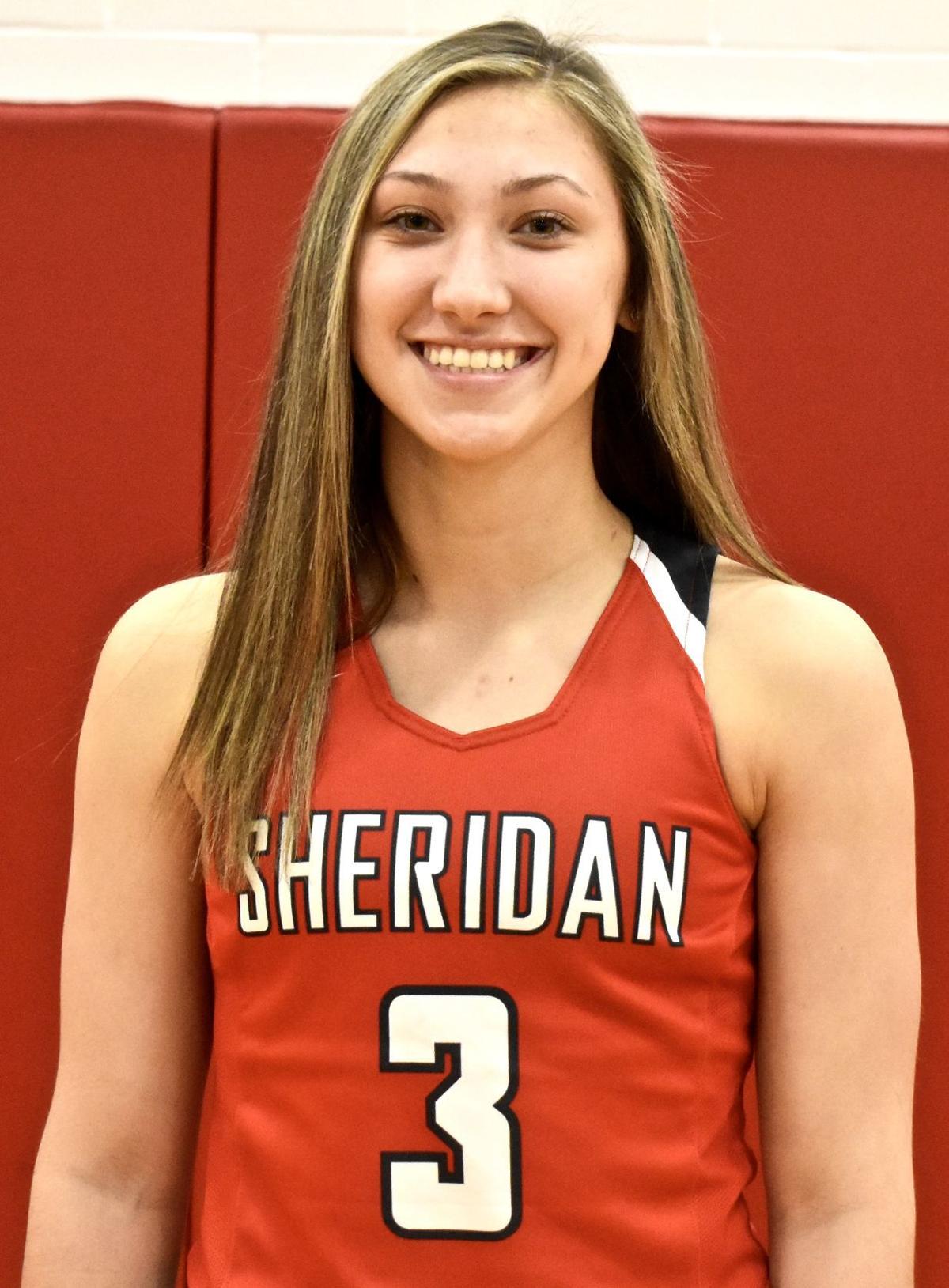 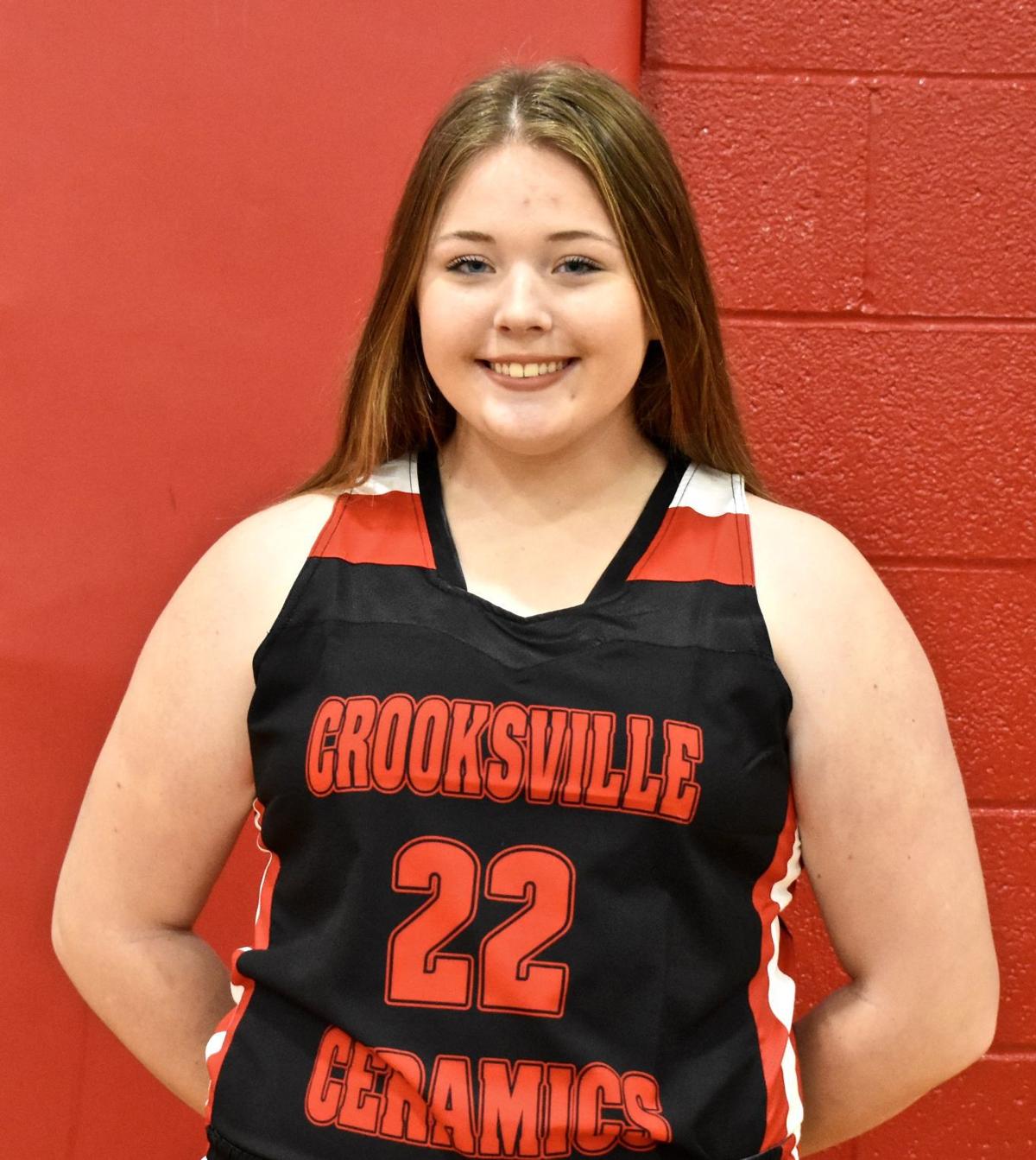 THORNVILLE — After a closely-fought first half, Sheridan extended their power to overtake the Lady Ceramics in a 71-33 game on Jan. 11.

Crooksville outscored Sheridan in the first quarter by one point with Grace Frame under the net for three field goals.

McKenna Headley remained inside the arc for four more layups, and Ronnie Nelson found one field goal around her Sheridan defenders.

Sheridan’s Faith Stinson got her usual two points by a layup, and was expected to stay below the net, but she surprised all with a quick shot behind the arc for three points more.

Grace Conrad was the other Lady General to get points on the board via field goals because the majority and rest of Sheridan’s first-quarter scoring was by four free throws from Conrad’s two and Bailey Beckstedt’s two.

The Lady Generals found a little more push in the second quarter to throw up 18 more points to Crooksville’s 11 more.

Conrad added two more with a layup, but Beckstedt led her Lady Generals in the second quarter with multiple shots to total 11 points for herself.

Becksteft continued her scoring sprints with three inside-the-arc shots, but she claimed three fouls from Crooksville to give her five completed shots from the foul line before the half.

Crooksville’s 11 points were mostly scored from Jailynn Welch at the foul line. She made five of six free throws, and Lelila Kennedy and Headley each made one of two.

Headley and Frame were Crooksville’s power below the net as they each racked up their field goal count with another layup each to get a halftime score of 29-23, Sheridan leading.

The Lady Generals started their usual overwhelming-score play in the third quarter with 27 points from a wide variety of shots.

The foul shot diminished slightly as only three players stepped to the line: Stinson (2-4), Beckstedt (1-1) and Abby Dupler (1-2).

Stinson got only one more layup in for the quarter, and Conrad added two more.

White successfully shot two three pointers, but the quarter scoring was once again led by Beckstedt with three two-point drains and one more from behind the paint.

Sara Robinette continued and Sheridan’s scoring with one quick two-point shot while helping hold Crooksville to only four points in the quarter.

Frame kept low with a layup and Headley gained her two points by claiming a foul from Sheridan and going two for two from the foul line.

In the final quarter, Sheridan tallied up more layups with two from Stinson and one from Gabby Carpico.

Conrad and Kinze Miller were the points of power behind the pain with three-point drains; one from Conrad and two from Miller.

Crooksville relied strictly on claiming fouls in the final quarter with four players stepping up to the line: Kennedy (0-1), Frame (2-2), Karley Hampton (1-2) and Headley (1-2).

Sheridan’s usual leader, Stinson, was staying on the opposite side of the spectrum against Crooksville as she was the leading rebounder for Sheridan with 11, but Crooksville’s Frame had taken that as competition to out-rebound Stinson with her 13.

Frame was the leading scorer for the Lady Ceramics with 12 points, being closely followed by Headley with 10 points.

Beckstedt was the obvious offensive powerhouse of the Lady Generals and the game with 23 points.