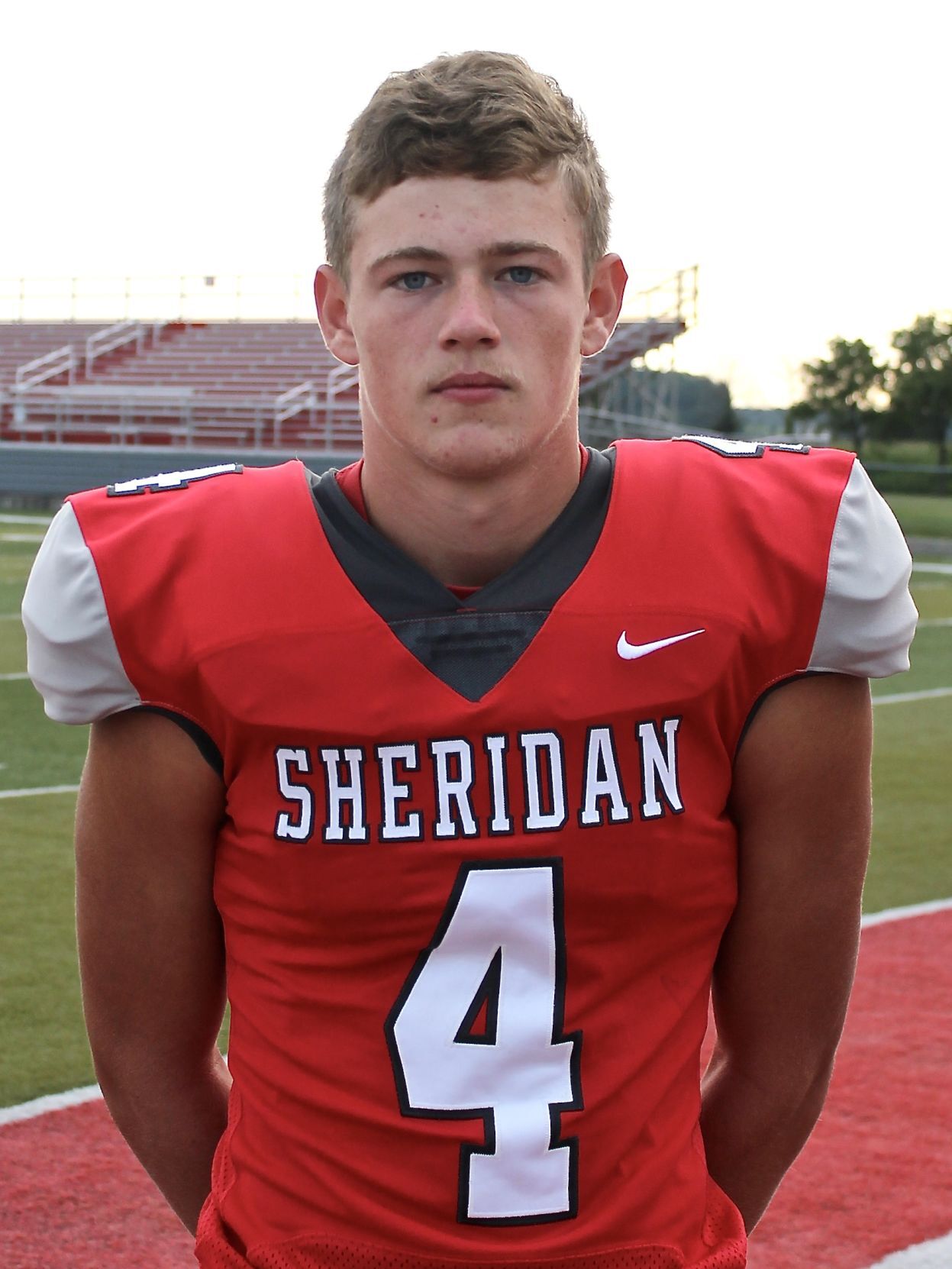 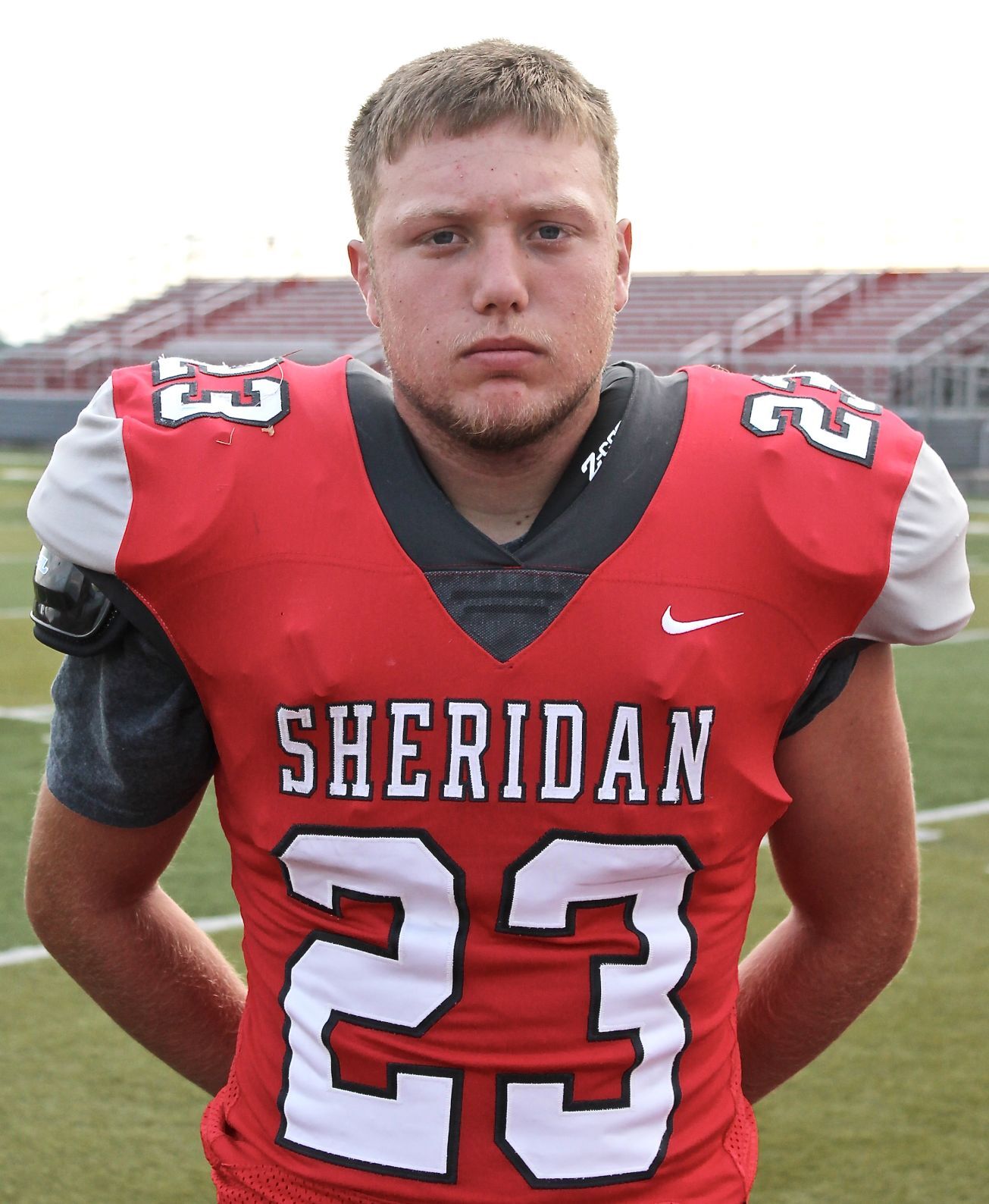 ZANESVILLE — Two well-coached, disciplined football teams met on an overcast Friday evening at the Maysville Athletic Complex. The difference came down to speed and experience, and the Sheridan Generals had both in overtaking the home team Maysville Panthers, 33-14.

The speed factor was evident as soon as the opening kickoff was caught by Sheridan’s Logan Ranft as he hit an open seam and went untouched for the score. A holding penalty nullified the touchdown, and Sheridan started their first possession from their own 10 yard line.

Attacking the middle of the Panther defense with veteran running back Jason Munyan, the Generals chalked up first downs with senior quarterback Josh O’Ryan breaking a long run after faking the inside handoff to Munyan. A few plays later, O’Ryan capped the 90-yard drive with a four-yard scamper into the end zone with 7:59 left in the first quarter. Ranft’s PAT was good and the Generals led 7-0.

The strength of Maysville’s offense is its huge offensive line and that unit led the Panthers on the ensuing drive all the way inside the Generals’ one yard line. Senior quarterback Kaiden Hall is the no. 1 offensive threat running and passing for the Panthers. With a first and goal from the one, Hall plunged into the maelstrom that is goal line defense versus the rush and came up short of the goal line.

On second down, the Panthers were poised to tie the game , but an errant snap from center soared over Hall’s head. The Generals recovered the only turnover in the game and began their second touchdown drive in as many possessions.

The big play in the second drive was a pass from O’Ryan to Shay Taylor, with Munyan covering the final yard of the drive with a rushing touchdown. At the 8:18 mark of the second quarter, Sheridan took a 13-0 lead as the PAT kick was blocked.

Maysville refused to buckle as they moved the ball against the Sheridan defense on their next possession. Combining effective running plays with two key passes to tight end Logan Smith, a 6’6” 255-pound defensive back nightmare, the Panthers reached paydirt when Hall took the snap from under center and followed his offensive line into the end zone from the one yard line. With 2:58 left in the first half, Maysville made the score 13-7.

A good defensive effort in the half’s final minutes would have given the Panthers a chance to tie or take the lead on the second half’s first possession, but Sheridan quickly dashed that hope. With a first down at their own 32, O’Ryan fired a pass downfield to a speeding Ranft who turned it into a 50 yard gain. With 1:06 left in the half, O’Ryan faked a handoff to Munyan and covered the final two yards of the drive for the score.

The second half saw the Sheridan defense record their first “3 and out” series versus the Panther offense. The Red Rage offense took over and tallied their fourth touchdown of the night when Munyan crossed the goal line on a 35 yard run.

Sheridan’s final score of the night came in the third quarter on a five yard pass from O’Ryan to Ranft despite excellent coverage by Maysville’s Nate Harper.

Maysville also added their final score of the game in the third quarter. Highlighted by a 45-yard run by sophomore Cade Searls, the Panthers marched the ball down the field until reaching the Sheridan nine yard line. Hall rolled to his right on the next play, but the Panther quarterback decided to keep the ball and took it into the end zone for the score. The PAT was good making the score 33-14.

Final game stats show that Sheridan ran 46 offensive plays to Maysville’s 47. The Generals totaled 418 yards on offense. O’Ryan completed an amazing 11 of 12 passes for 198 yards, one touchdown and no interceptions. Junior running back Munyan led all rushers with 122 yards on 17 carries.

Maysville finished with 281 total yards with 118 of those yards coming in the air on a 12 of 18 passing effort by Hall who was also the leading rusher for the Panthers. The quarterback carried the ball 29 times for 163 yards and two touchdowns. The leading receiver for the Panthers was Smith who had four receptions for 65 yards.